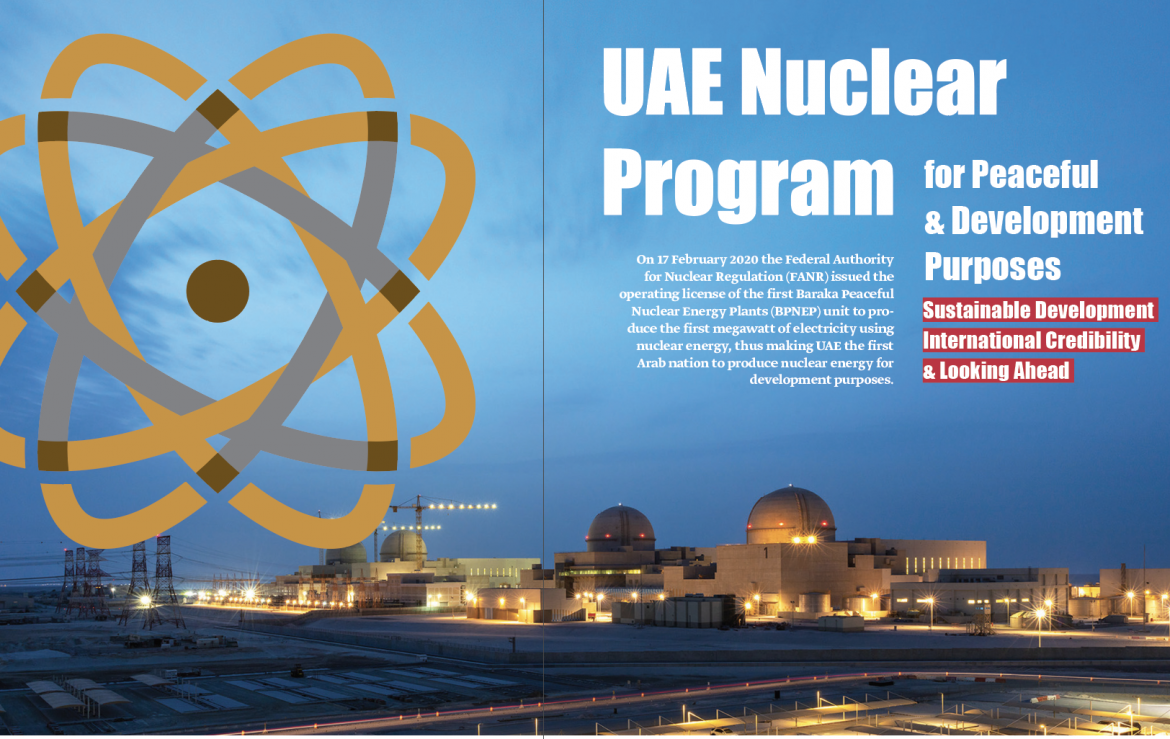 His Highness Sheikh Mohammed bin Rashid Al Maktoum, UAE Vice-President, Prime Miniter and Ruler of Dubai, and His Highness Sheikh Mohammed bin Zayed Al Nahyan, Crown Prince of Abu Dhabi and Deputy Supreme Commander of the UAE Armed Forces, highlighted the remarkable implications of this gigantic step. His Highness Sheikh Mohammed bin Zayed Al Nahyan indicated “A new stage of development is hence witnessed after issuing the operating license of the first Baraka Peaceful Nuclear Energy Plants (BPNEP) unit…Our efforts are pursued relentlessly in preparation of the next 50 years and to secure our national energy requirements”.
It is worth-mentioning that UAE peaceful energy program was kick-started in April 2009, and in 2009 the Federal Authority for Nuclear Regulation (FANR) was entrusted with regulating the nuclear sector. The Korean Electric Power Company (KEBCO) was selected as main contractor under an AED 75 billion-worth ($20 billion) contract to build 4 nuclear plants with approved uranium enrichment ranging between 3% and 4% but not exceeding 5%.
Cultural Implications:
1 UAE is placed on top in the Arab and Middle East region by this step, not only as the first nation to produce nuclear energy but also the first with a space program to reach and colonize Mars by 2071. It is the top Arab nation in human development, international competitiveness, women empowerment, caring for the youth, looking to the future, etc.
2 The UAE move encourages the Arab region to use nuclear energy for worry-free development purposes per international safety standards.
3 The step proves that the use of nuclear energy for development purposes is not limited to the advanced nations. Any Arab nation can go down the same road with power, confidence and credibility. This was highlighted by His Highness Sheikh Mohammed bin Rashid Al Maktoum, Vice-President and Ruler of Dubai, in his book “Flashes of Thought” by saying “The impossible is the worst man-made prison, a word invented by the lazy or by those who discourage us to work – a word used by some to put a limit to their ambitions, hopes and aspirations”.
4 The UAE peaceful nuclear program message highlights the fact that nuclear energy can be a means of development rather than of struggle and threat in the Middle East, that solving the hard equation in the region is possible: produce peaceful nuclear energy without triggering world fears of nuclear proliferation.
5 The UAE peaceful nuclear program highlights UAE international credibility and confidence in its policies that support regional and global security and stability. This was translated into high world welcome of UAE nuclear program, notably the International Atomic Energy Agency (IAEA), and many western and eastern nations’ approval to sign nuclear agreements with UAE.
As many as 13 agreements and conventions were signed including IAEA Comprehensive Safeguards Agreement, IAEA Comprehensive Safeguards Agreement Additional Protocol, Convention on Nuclear Safety, the Non-Proliferation of Nuclear Weapons, commonly known as the Non-Proliferation Treaty or NPT, and the Comprehensive Nuclear-Test–Ban Treaty (CTBT) in addition to 123 agreements for peaceful nuclear cooperation with various world countries.
Furthermore, many international testimonials on UAE nuclear program were issued by experts and officials, thus highlighting UAE international credibility. A memo sent in 2009 by the former US President Barack Obama, to his Foreign Secretary on US-UAE cooperation agreement on peaceful use of nuclear energy said “I have gone through the proposed agreement, views, recommendations and feedback of competent authorities and decided that the implementation of this agreement will serve to support joint defence and security and will not pose any incalculable risk”. Hans Blix, IAEA Director General from 1981 to 1997, said “Rationale, determination and commitment to safety standards and non-proliferation, and the economic aspect have been highly effective elements and cornerstones. The project will soon generate a huge amount of electricity to households, industry and transport without any carbon dioxide emissions. It offers a golden standard and affirms my belief that nuclear energy will continue to be a main key to clean and safe electric power”.
6 This nuclear program reflects UAE outlook and readiness to the future. It realizes that sustainable development requirements in future are different from those at present and that oil is a depletable energy that should prompt our readiness for post-oil era by tapping new resources of energy and building a diversified knowledge-based economy. This readiness for post-oil era is a main determinant of UAE’s outlook for the future and of national development plans and strategies in general, an issue frequently raised by His Highness Sheikh Mohammed bin Zayed Al Nahyan, Crown Prince of Abu Dhabi and Deputy Supreme Commander of the UAE Armed Forces, at his meetings with young Emiratis in particular.

UAE Peaceful Nuclear Energy Program A Pressing Development Necessity
The UAE, though an oil and gas-producing country and an OPEC member itself, foresaw the need to diversify sources of energy and look for fresher and cleaner sources. It proved vital and essential for sustainable development for the present and future generations. Taking notice, development plans were drawn accordingly. The UAE nuclear energy program for peaceful purposes carries a development urgency highlighted by profound studies and tight-proof scientific evaluation for the following reasons:
1 Steadily rising population, hence rising need for energy in future. A UK Fitch Solutions report forecast an 8.6% increase in UAE population over the next decade to reach 10.6 million by 2029. This increase should be countered with development plans that suit local demand, especially on energy.
2 Rising population and standard of living means rising need for more water desalination on which the UAE depends for providing drinkable water. About 90% of locally consumed water is provided by desalination plants. Desalination needs more energy and hence more efforts to diversify energy sources.
3 In-depth studies maintain that the UAE will need more energy in future, and that the present energy sources will fall short of local demand over the next decades. This was confirmed by a 2007 study which confirmed that power supply now available will not comply with local demand in future. This demand for power is expected to double by 2020 to 40,000 megawatt.
4 According to The Emirates Nuclear Energy Corporation (ENEC), the UAE opted for nuclear energy to meet future demand for energy in future for a number of reasons; notably that large and fixed quantities of nuclear energy can be generated round-the-clock and all-year around regardless of weather conditions. Nuclear energy can further reduce local carbon dioxide emissions and help UAE diversify, and maximize security of, energy supplies and provide economical, environment-friendly and credible energy to rising local population.
5 Environmental protection is another reason for using nuclear energy for peaceful/development purposes. Estimates indicate that full operation of the four Baraka plants will cut down 21 million tons in carbon dioxide emissions, which equals the removal of 3.2 million vehicles from the roads annually. UAE plans to increase clean energy to 27% of total consumed energy by 202, so as to reach 50% by 2050. The UAE Vision for 2021 agenda provides for 11 crucial indicators; notably quality air, treated waste percentage of total waste produced, clean water contribution, scarce water indicator, etc. 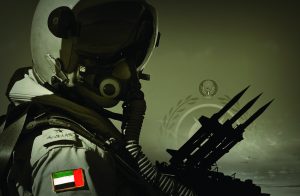 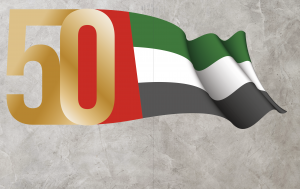 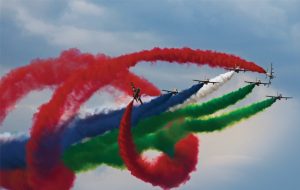 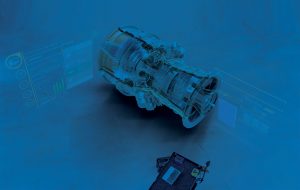 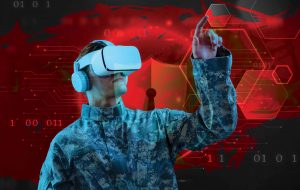