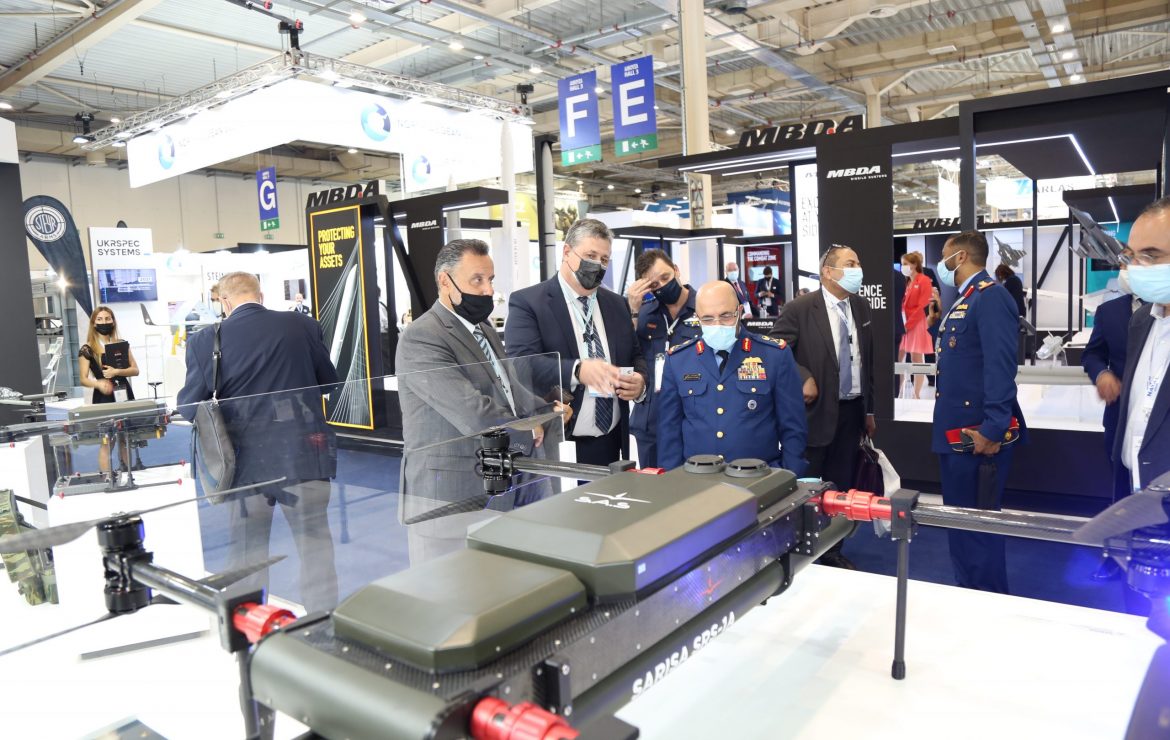 A delegation from the Ministry of Defence, led by Major General Staff Pilot Ibrahim Nasser Al Alawi, Commander of the Air Force and Air Defence, visited the International Defence and Security Exhibition (DEFEA) 2021 held in Athens.

The delegation explored advanced defence and security systems showcased by international defence companies at the exhibition, which began on 13th July and will run until 15th July, 2021.

The delegation also attended the event’s inauguration, which was held under the patronage of Nikolaos Panagiotopoulos, Minister of National Defence of Greece, with the attendance of Sulaiman Hamed Hamed Al Mazrouei, UAE Ambassador to Greece.

During the event, Major General Al Alawi met with General Konstantinos Floros, Chief of the Hellenic National Defence General Staff (HNDS), to discuss the military cooperation between the two friendly countries, as well as several issues of mutual concern.

Major General Al Alawi and his delegation toured the exhibition, visited the pavilions of Greek and international companies, and viewed the latest innovations and smart defence systems.

The delegation then met with several CEOs of Greek companies participating in the event to discuss their cooperation.

On the sidelines of his visit to the Greek capital, Major General Al Alawi visited a technical training centre and met with Emirati students studying there.

DEFEA 2021, the first defence exhibition to be held in Greece after a decade, attracted 315 exhibitors from 22 countries and more than 45 governmental and military delegations from 35 countries.