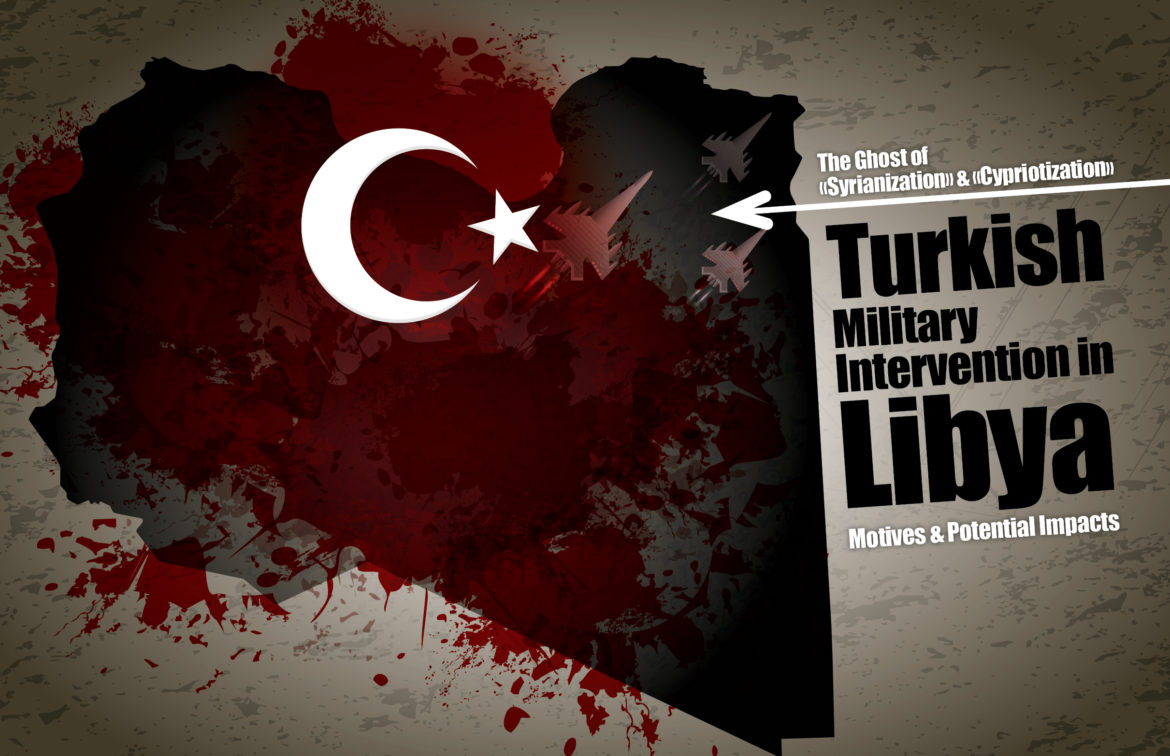 The Ghost of “Syrianization” and “Cypriotization” Turkish military intervention in Libya: motives and potential impacts

The Libyan crisis has witnessed during the past few months a remarkable escalation in the fierce conflict in the country, since the overthrow of Muammar Qaddafi rule nearly ten years ago, driven mainly by the escalation of Turkey and its military intervention in this country, in support of the national National Accord government and its militias in the face of the Libyan National Army headed by Field Marshal Khalifa Hafter.
It is an intervention that has caused regional and international concerns, raised questions about the motivations behind it, and its effects on the political and military scenes in Libya, and its future tracks, especially in light of what is being said about the scenarios of “Syrianization of Libya”, in reference to the repetition of the Syrian model, or “Cyprus model” which means the repetition of the Turkish intervention model in Cyprus in 1974 in Libya, an intervention that practically led to the division of Cyprus.

First: Evolvement of Turkey’s position towards Libyan crisis
The Turkish position witnessed various developments regarding the Libyan crisis, which in large part reflected the utilitarian nature of this position. In the beginning, the Turkish hesitation was clear in supporting the popular revolt against the Qaddafi regime, because it had great economic and trade interests with Qaddafi’s regime, and there were huge investments (estimated at more than 20 billion dollars in 2009), as Turkey called for the domination of the language of dialogue and peaceful solutions. Turkey also hesitated about supporting the NATO operation in Libya, but when it realized that staying outside the Western Atlantic Alliance would keep it away from influencing this file, it changed its position towards supporting the NATO intervention initiative to topple Qaddafi regime.
After the overthrow of Qaddafi, Turkey moved actively on the Libyan scene to preserve its interests in this country; She was the first to initiate the appointment of an ambassador to Tripoli after the fall of “Qaddafi”, as Erdogan visited in September 2011, even before her political situation stabilized, and Ankara worked to forge alliances with Islamic political groups and forces linked to it inside Libya, and embraced the Muslim Brotherhood and militant groups there and provided support for them, financing and weapons in coordination and cooperation with Qatar. When the rift happened between the Libyan factions and the civil war occurred in 2014, Turkey provided great support for the Islamist factions, which were initially represented by ” Libya Dawn ” coalition in Tripoli / Misurata, in the face of the “Dignity of Libya” coalition of the National Army led by Khalifa Haftar, then to the Libyan National Accord government led by Fayez al-Sarraj, formed in 2015.

Second: The recent Turkish escalation and its motives
Turkish military intervention in the Libyan crisis has witnessed a remarkable escalation in recent months, especially after Ankara and Prime Minister of National Accord Fayez al-Sarraj signed two controversial agreements in November 2019; The first: on security and military cooperation, which includes the transfer of weapons, the exchange of information, security training and the exchange of weapons systems, as well as the possibility of deploying Turkish forces in Libya, implementing joint exercises and establishing a joint office for cooperation in the defence and security fields between the two countries. The second relates to a new demarcation of the maritime borders between the two countries, as it determines the coordinates of the special economic zone of Turkey, which gives Turkey the opportunity to explore energy more broadly in the Mediterranean region.
Despite the widespread criticism of these agreements, at the Libyan internal level, and at the regional and international levels; as they represent a flagrant violation of Libyan sovereignty, and do not meet the constitutional requirements that require the approval of the House of Representatives, but rather constitute a violation of the sovereign rights of other countries, Ankara has invoked these agreements as a legal basis to justify its military intervention in Libya, which has taken several forms and manifestations, including:
– Sending Turkish forces and military advisers to Libya to support the National Accord government, after the Turkish parliament in early January 2020 approved a draft resolution that would allow this. Erdogan had already announced in the middle of the same month that his country had already begun sending troops to Libya.
– Sending advanced weapons and military equipment to the militia loyal to Al-Wefaq (Accord) government, as Ankara has established an air and sea bridge to transport weapons to Libya, and some specialized sources have indicated that Turkey has sent about 12 F-16 military aircraft to accompany military cargo planes and ships that transport weapons, and to participate in military operations.
-Transport of mercenaries and extremist militias from Syria to Libya; as Ankara expanded recruitment of mercenaries and elements belonging to the armed factions in Syria, including elements loyal to ISIS and Al-Nusra Front and others whom the Turks sent to Libya to fight. In this context, a report by the Syrian Observatory for Human Rights, on June 8, 2020, stated that Turkish intelligence oversees a faction that includes dozens of militants from ISIS, indicating that one of the factions’s tasks is to recruit mercenaries in favor of Turkey to fight in Libya, amid estimates that there are about 13,000 loyal-to-Turkey mercenaries in Libya.
This unprecedented Turkish escalation, which constitutes a violation of the sovereignty of Libya and Arab national security as a whole, is driven by a set of main drivers, the most prominent of which can be noted in the following:
The ruling mentality of Turkish President Recep Tayyip Erdogan, who has illusions of restoring the glories of the defunct Ottoman Empire, within the framework of what has become known as the “Neo Ottomanism”, which aims to restore Turkey’s influence and hegemony in the regions and countries that were subject to this empire, which Erdogan and the pillars of his regime do not stop talking about and recalling.
Economic interests, especially those related to securing energy sources of oil and gas on which Turkey spent about $ 42 billion in 2018, facilitating Turkey’s control of important gas sources in the eastern Mediterranean waters, and trying to monopolize the file of post-conflict reconstruction, which some Turkish sources estimate the size of its investments by more than 100 billion dollars.
3- Empowering political Islam groups allied to the Turkish regime; where Libya is almost the only remaining arena in front of the Erdogan regime to keep its allies of these groups, after it suffered severe strikes in Syria in front of the Syrian regime, which imposed its control over most of the country, in Egypt after the overthrow of the Brotherhood government in 2013, and in Sudan after the fall of Bashir’s rule. That is why Erdogan places all his weight on the Libyan file. Because he understands that the failure of his project there will mean the failure of his project in the whole region.
4- Escape from internal problems, as Erdogan’s regime was subjected to continuous internal criticism and crises since the failed “coup attempt” in 2016, which Erdogan exploited to tighten his grip on the inside, and the tendency in Turkey towards an authoritarian character through the approval of the presidential system, in addition to the decline of the Turkish economy, and the other crises that harmed the party’s popularity, caused it to lose many major municipalities in recent local elections, and created rifts even within the Justice and Development Party itself. Hence, the regime began to search for an external victory to prove its heroism and regain its popularity.

Third: Possible tracks … between “Syrianization” and “Cypriotization” and the possibilities of a political solution
The Turkish military intervention has had important effects on the balance of internal forces on the ground, as the Al-Wefaq Accord) government regained control of the Libyan West and imposed its control over the entire capital, and even went east towards Sirte, where the oil and gas sources that Ankara is searching for are concentrated, which made Turkish officials speak publicly. They take pride in their military intervention turning the balance of power on the ground for the benefit of their allies.
While the military battles are still raging, the talk of a military victory, as Turkish leaders speak, does not seem realistic or logical, especially since the Libyan National Army forces are still controlling most of the Libyan lands. In this context, observers think that there are four possible scenarios for the development of the Libyan conflict after the Turkish intervention:

The first is the Cypriot model track: Turkey, which has been desperate to interfere in Libya and throw all its weight there, will seek with all its strength to stay there for the reasons previously mentioned, and to consolidate its presence in this country to ensure the protection of its interests in it, and this is why it opposed the Egyptian initiative that was proposed for a cease-fire in June 2020, and is working to spoil any peaceful effort in the hope of a military settlement or at least control of the oil production areas and their annexation to the areas it controls, which reminds us of the Cypriot model when Ankara interfered in the Cyprus crisis in 1974 and was able to separate a part of Cyprus, “the republic of Turkish Northern Cyprus”, which is still subject to Turkish rule.

The second is the “Syrianization” scenario: Also, here comes the talk about the “Syrianization of Libya” scenario, especially in light of the frequent talk about the possibility of reaching Russian-Turkish coordination or understandings to share the spheres of influence in Libya as is the case in Syria.
The third track is the expansion of regional and international conflict:
This Turkish intervention arouses the ire of many regional and international powers that will not accept Turkey’s control of Libya, or turn it into a haven for extremist groups and militias, which constitutes an explicit threat to the interests of those powers and their national security, which may lead these countries to engage in open military conflicts with Turkey on the Libyan scene, what turns this country into a war zone may be prolonged. We can clearly refer here to the statements of the Egyptian President Abdel Fattah El-Sisi on June 20, 2020, in which he considered that the cities of Sirte and Al-Jafra are a red line for Egypt, and alluded to the possibility of his country’s direct military intervention in Libya, considering that such intervention has become legitimate for him, both within the framework of the right of self-defence, or based on the authority of the Libyan parliament, and that the objectives of this intervention will be to secure the western borders of Egypt, restore security and stability in Libya, and launch a political settlement between the Libyans. These statements received Arab and international support and sounded the alarm about the possibility of realizing this scenario.
The Fourth is the track of political settlement: Although this track seems far away now, it is likely, because the regional powers, Arab and European, surrounding Libya will not accept Turkey’s control of Libya, and these countries will not accept Libya to be transformed into a haven for extremist groups and militias that Turkey transports from Syria to Libya to get rid of its burdens after its defeat there, especially in light of Libya’s geographical proximity to Europe, and if no political settlement is reached, these countries will intervene to change the balance of power on the ground.
What is certain is that Turkey will penetrate in this way in Libya, transport extremist groups to its lands and turn it into another Syria. This is not only a threat to Libya, but to Arab national security and European security as well, which is not expected to be allowed by anyone. 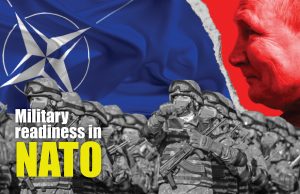 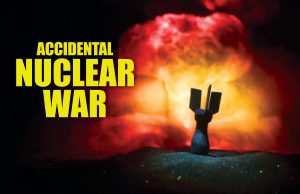 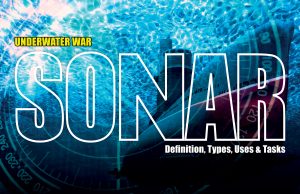