The world is currently living in the midst of a massive arms race on both the quantitative and qualitative levels, due to the acceleration of threats and security risks that affect the future and interests of great powers. Therefore, defence manufacturers are competing to manufacture deadly weapons and build advanced defence systems.

Recently, reports have spread about the quest of many countries in the world and their eagerness to acquire advanced defence systems from the United States of America, which has been famous for its leadership in this field for a long time, as its defence systems have proven their efficiency and have succeeded in dispelling fears and threats.

American defence industries are many and numerous, and they are widely spread in most countries of the world, and their spread has been accompanied by great controversy by many world powers, in light of a feverish arms race to maintain security, sovereignty and interests of states. For 30 years between 1972 and 2002, the United States and the Soviet Union committed themselves to the Anti-Ballistic Missile Agreement. The two parties pledged under the agreement to possess only two missile defence systems and that each system would not contain more than 100 missiles, but the Iranian and North Korean threat increased, as well as the risks of penetrating US airspace by armed groups. This prompted the United States to withdraw from the agreement in 2002, and then to effectively terminate it, so that the missile defence systems race would return to the world.

The United States has a famous defence system called “THAAD”, which aims to confront any potential threats from abroad. Interest in this system has increased in recent years, with the increase in the frequency of threats in various countries of the world. What is this defence system that shone in the military sector?

What does THAAD mean?

“THAAD” can intercept incoming missiles inside and outside the Earth’s atmosphere at a distance of 200 km, which reduces the effects of weapons of mass destruction before they reach the ground.

The THAAD system can distinguish between real and fake targets, thanks to the remote sensing equipment, which connects to satellites, and it is also one of the advantages that helps direct missiles or re-direct them during flight according to any developments.

The missiles used in this system have a speed of 8 times the speed of sound.

The operation theory of this defence system is based on achieving a direct hit and destroying the enemy target, which is called the HIT-TO-KILL theory. This theory is similar to hitting a bullet with another bullet, which requires high precision.

The American system is interoperable with other types of land and sea systems, and it can also integrate with air defence systems.

The THAAD system consists of a mobile missile launcher, an interceptor missile equipped with sensors, a computer capable of distinguishing between real and false targets, in addition to a radar detection and tracking station, and a mobile command and control center.

The system’s battery consists of nine vehicles equipped with launchers, each carrying six to eight missiles, in addition to two operations centers and a radar station.

The missile launch control system is the backbone of telecommunications and management of data and information received from satellites and remote sensors stationed in other territories.

The THAAD system uses the portable US Navy-approved radar (AN / TPY-2), which detects and tracks enemy missiles at a range of up to 1000 km.

The aerospace “Lockheed Martin”, in cooperation with several other military companies, is responsible for designing, manufacturing and developing the “THAAD” system. The idea and concept of this system dates back to 1987 according to studies and reports specialized in the military field. “Lockheed Martin”, which enjoys a special presence in the field of military manufacturing, started actual manufacturing process of the THAAD system in 2008, after an extensive program of verification of efficiency that lasted for years, the results of which were publicly released.

The THAAD system intercepted a medium-range ballistic missile target for the first time in a test conducted on July 11, 2017. US military personnel have been trained to use the system at a training center in Fort Sill, Oklahoma, since 2010.

How does THAAD operate?

When enemies launch a missile, it is detected by the “THAAD” radar, then it transmits the information to the command and control post, after which the THAAD system gives orders to launch an interceptor missile, to intercept the adversary missile, which is destroyed in the final stage of its flight.

The United Arab Emirates is the first country in the world to acquire the THAAD system, after a contract signed with the Lockheed Martin Company in December 2011, and these missiles were also installed at the Turkish Corcec base, and they were also deployed in Romania and Taiwan.

South Korea contracted a deal for the “THAAD” system, as a simulation conducted by South Korean General Curtis Scaparotti reported that 2 to 3 batteries of “THAAD” system would guarantee protection for South Korea’s territory against any missiles from Pyongyang. However, these moves were opposed by China and Russia. Because of the long-range radar accompanying the system.

The US military’s deployment of these missiles in South Korea to defend against North Korea sparked protests from Beijing, which feared that its sensors would be able to penetrate the Chinese airspace and disturb the balance of power.

South Korean sources said that the Chinese ambassador in Seoul suggested that the completion of that deal would lead to an immediate destruction of Sino-South Korean bilateral relations.
But the deal was completed, and the deployment of the first elements of the THAAD system to South Korea began on March 6, 2017, and the system reached its initial operational capacity on May 1, 2017.

In 2019, the US military deployed the THAAD air defence system in Israel for the first time, with the aim of “demonstrating the continued commitment of the United States to support Israel’s regional security.”

Many countries in the world are seeking to acquire the “THAAD” defence system, as Japan plans to deploy a missile defence system in order to protect its territory and its citizens from the threat of North Korean ballistic missiles, and many reports have indicated that Taiwan is very interested in the “THAAD” system.

The technological development in the field of defence and military industrialization has pushed the major countries of the world to significantly increase military expenditures, inventing and producing deadly weapons and advanced defence systems.

Industrial developments in the military field are no longer limited to a specific country.

Rather, every country in the world has its own weapon and defence system. Each defence system is another system that parallels it or even surpasses it, and despite the great media clamour associated with the military industrial developments in various countries of the world, the United States of America remains the leading country in the field of defence and military manufacturing due to the long experience of its companies in this field as it tops the list of the largest arms producing companies in the world for a long time. 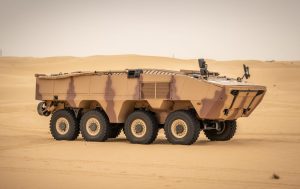 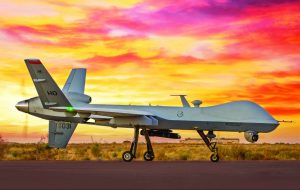