Cultural landmarks throughout the world have always attracted people’s attention and acquired widespread fame, leading some to invent fictional stories about them. There are also true stories behind the construction of these landmarks, highlighting the ability of people to achieve unique and distinguished works.

Al Wasl Dome Plaza, which is located at the heart of the Expo 2020 Dubai, witnessed the launch of the most important cultural event in the world. The dome, which is shaped like a crown and represents Expo 2020 Dubai’s crown, while having a unique design, also embodies a new Emirati success story in human innovation.

On 1st October, 2021, during the historic inauguration of the Expo 2020 Dubai, the world saw Al Wasl Dome Plaza, which is a new global cultural landmark.

In this report, the Emirates News Agency (WAM) will highlight the balance between architectural perfection and the use of the latest technologies in the construction of this unique cultural landmark.

The Al Wasl Dome was named after old Dubai and seeks to highlight the expo’s theme, “Connecting Minds, Creating the Future.” Under the dome, people from different cultures and ethnicities are gathering and connecting.

Dubai has many iconic landmarks, most notably the Burj Khalifa, the tallest building in the world, as well as Burj Al Arab, an international architectural icon, along with the Jumeirah Palm, Dubai Frame, the Museum of the Future and Khor Dubai Tower.

The Al Wasl Dome is a new, captivating cultural landmark at the heart of a city known for its innovation and sustainable ideas, which will be showcased at the Expo 2020 Dubai to thousands of people from around the world.

The countries of the world are gathering under this masterpiece, which was built by the UAE, in cooperation with experts, technicians, and local and international companies from Italy, Mexico, the US, Canada and Finland.

The dome has a diameter of 130 metres and a height is 67.5 meters, while the total length of its iron beams is 13.6 kilometres, equivalent to 16 times the length of the Burj Khalifa.

The dome weighs 350 tonnes, which is equivalent to the weight of an Airbus A380 aircraft used by Emirates Airlines, and its railings are equipped with LED lights. 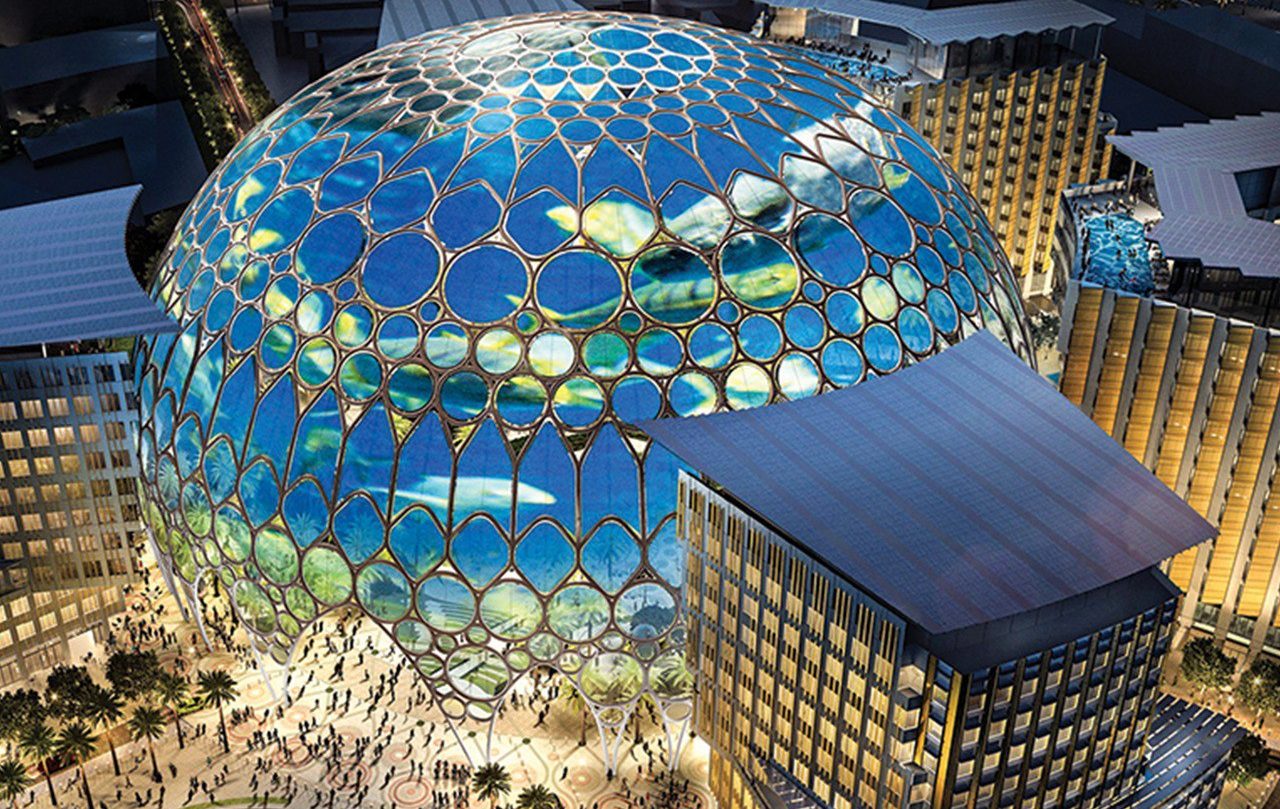 The arena area is covered by a steel and fabric roof in the form of a dome, whose design was inspired by Expo 2020 Dubai’s slogan, and it also has a giant 360-degree display screen that can be seen from both inside and outside, making the Al Wasl Plaza the beating heart of the Expo 2020 Dubai site.

The weight of the steel used in building the dome is 2,544 tonnes, comprising 1,162 curved steel sections that fuse to form 346 artistic pieces on the main structure of the Al Wasl Dome.

In total, 2,742 LED lamps are used to light the dome, which are linked with over 25,000 metres of electric cables.

The captivating items inside the dome, from its lighting to a 360-degree display and sound effects, include a major network that runs like veins to supply its various sections with electricity, water and technology.

The dome’s construction and design process aimed to achieve efficiency and practicality and protect the environment, to ensure ease of cleaning and preserve water, which is a key natural resource that must be preserved.

An underground tunnel was also built in the Al Wasl Dome Plaza and its themed areas on its lower level, which includes a road serving the plaza, its sub-themed areas, and the opportunity, mobility and sustainability pavilions. Service rooms and hydraulic lifts were built to expedite services during the expo.

The dome filters sunlight through its cover, which is also used as a giant 360-degree display screen.

The dome has a park surrounded by several multipurpose buildings. The plaza is a public space that rivals the most renowned plazas in the world, being a global destination that will host local and international events and welcome the expo’s guests. 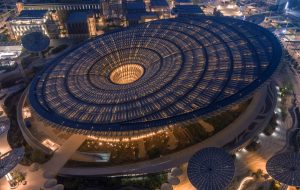 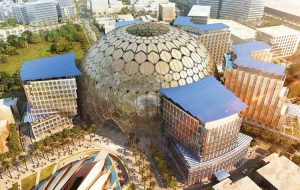 Expo 2020 reveals its Programme for People and Planet, rallying the global community to become agents of change 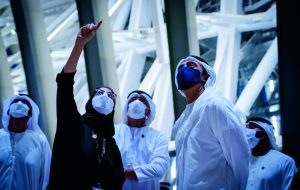 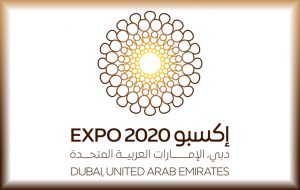 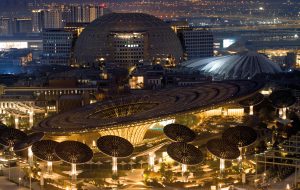