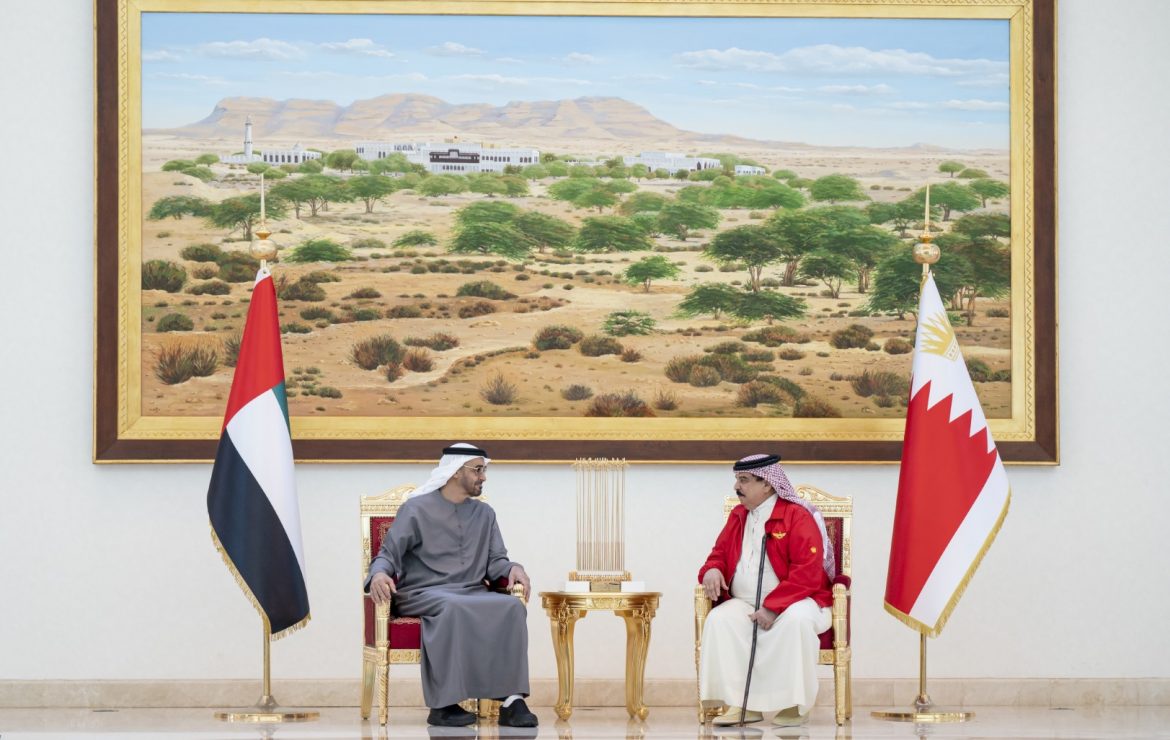 President His Highness Sheikh Mohamed bin Zayed Al Nahyan today discussed with His Majesty King Hamad bin Isa Al Khalifa of Bahrain the deep-rooted ties between their countries and ways to enhance their cooperation and expand its scope to advance their mutual interests. 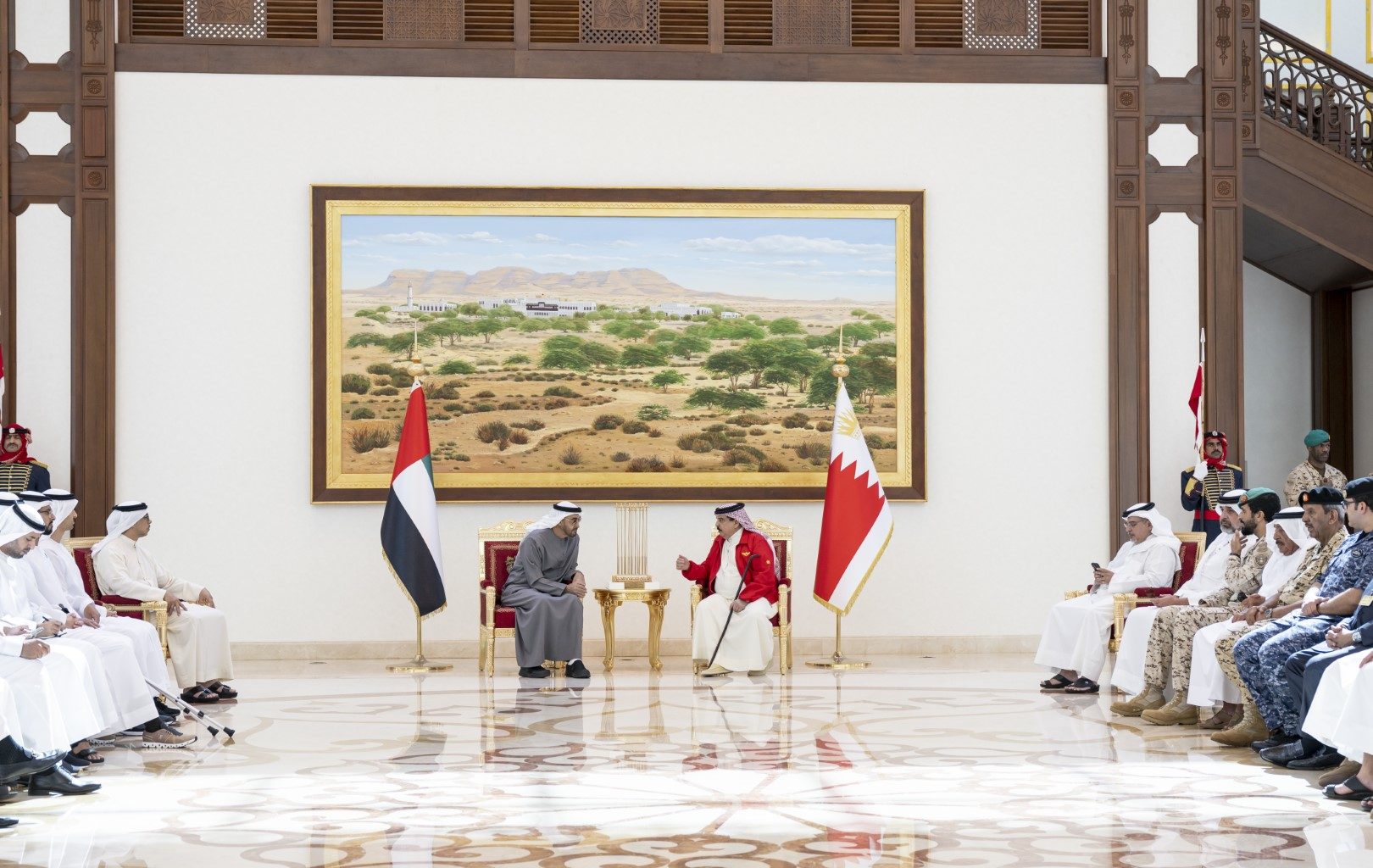 His Majesty King Hamad welcomed His Highness Sheikh Mohamed, wishing him continued good health and happiness, and the UAE continued progress and prosperity. 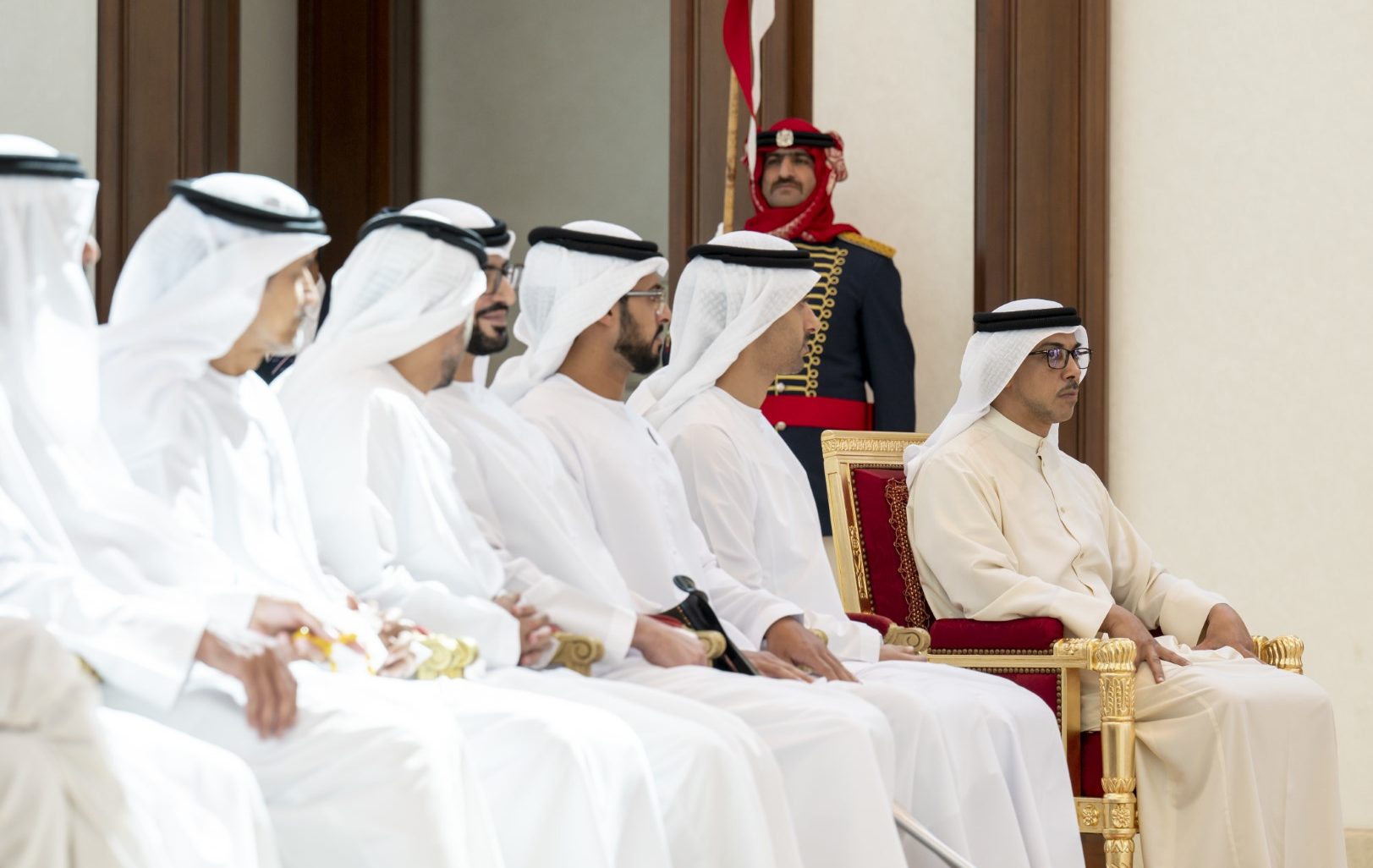 During the meeting, the two leaders exchanged cordial talks that highlighted the deep-rooted relations between the UAE and the Kingdom of Bahrain and their peoples, and their shared keenness on boosting them to meet their aspirations for further development. 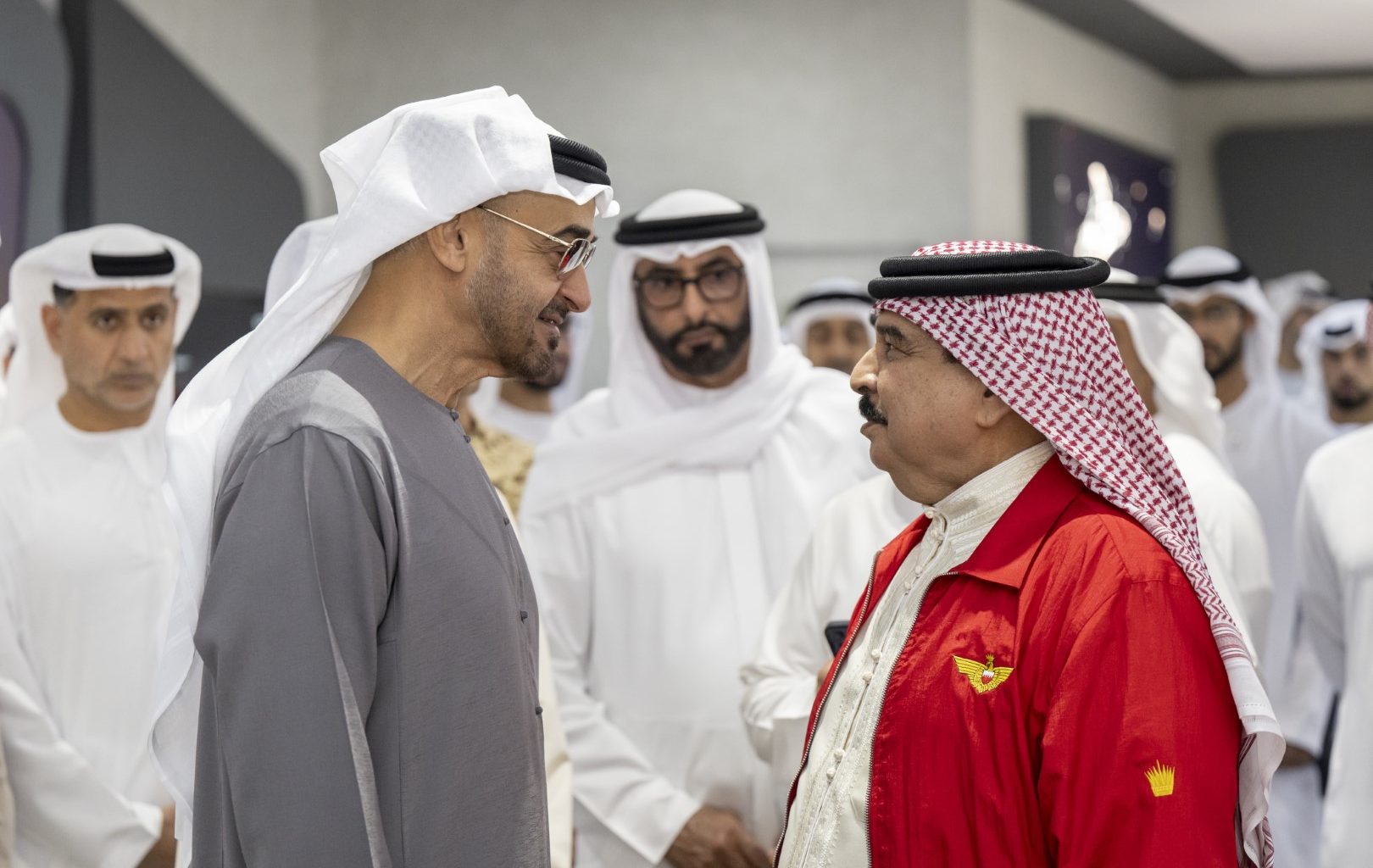 The UAE President expressed his delight at visiting Bahrain and meeting His Majesty King Hamad, and underscored the strong, distinguished ties their countries share and their keenness to strengthen and develop them in various areas. 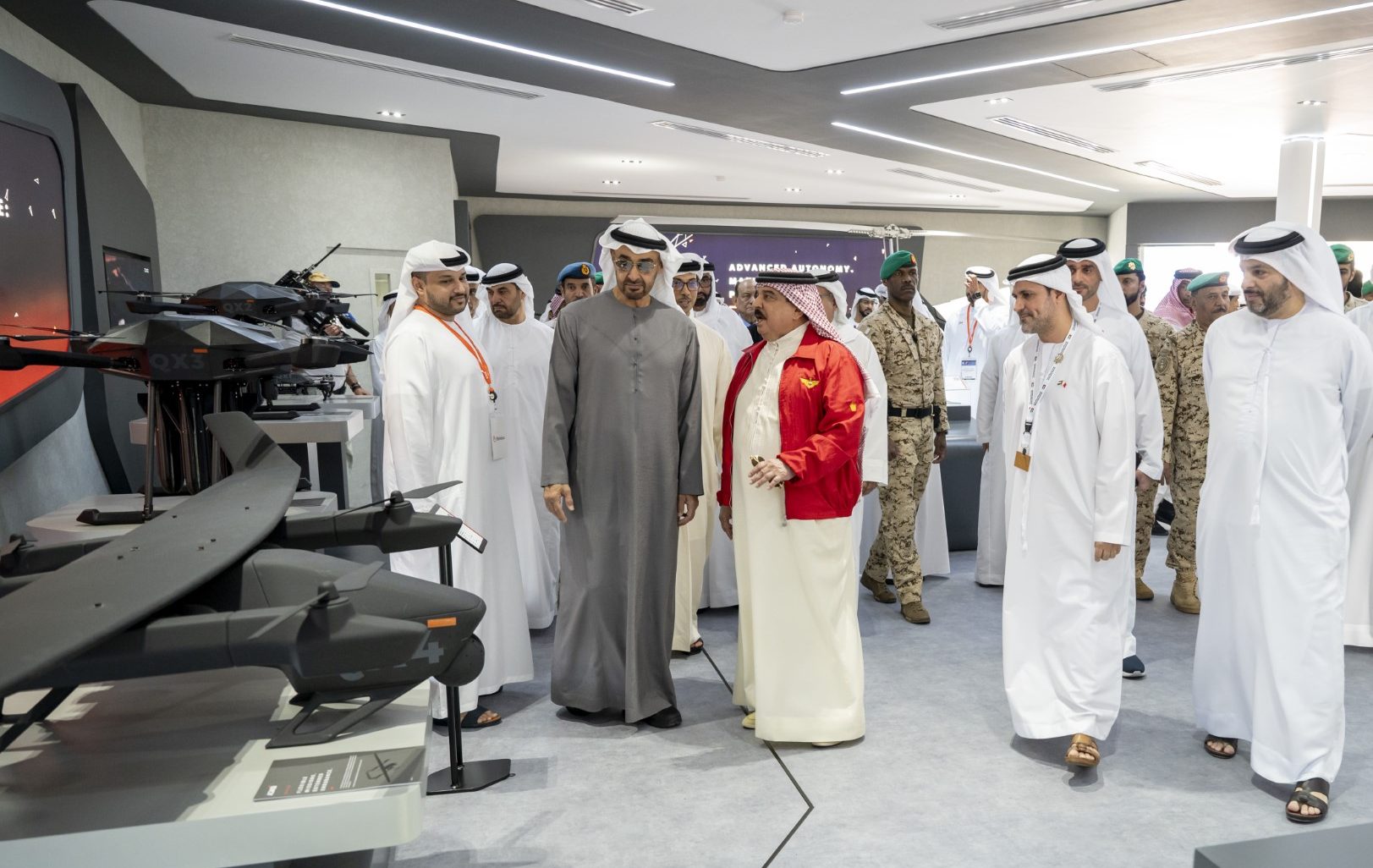 For his part, the King of Bahrain expressed his pride at the close historical UAE-Bahrain relations, and at the advanced bilateral cooperation and coordination they achieved in all fields, which helps drive prosperity in service of their countries and peoples. 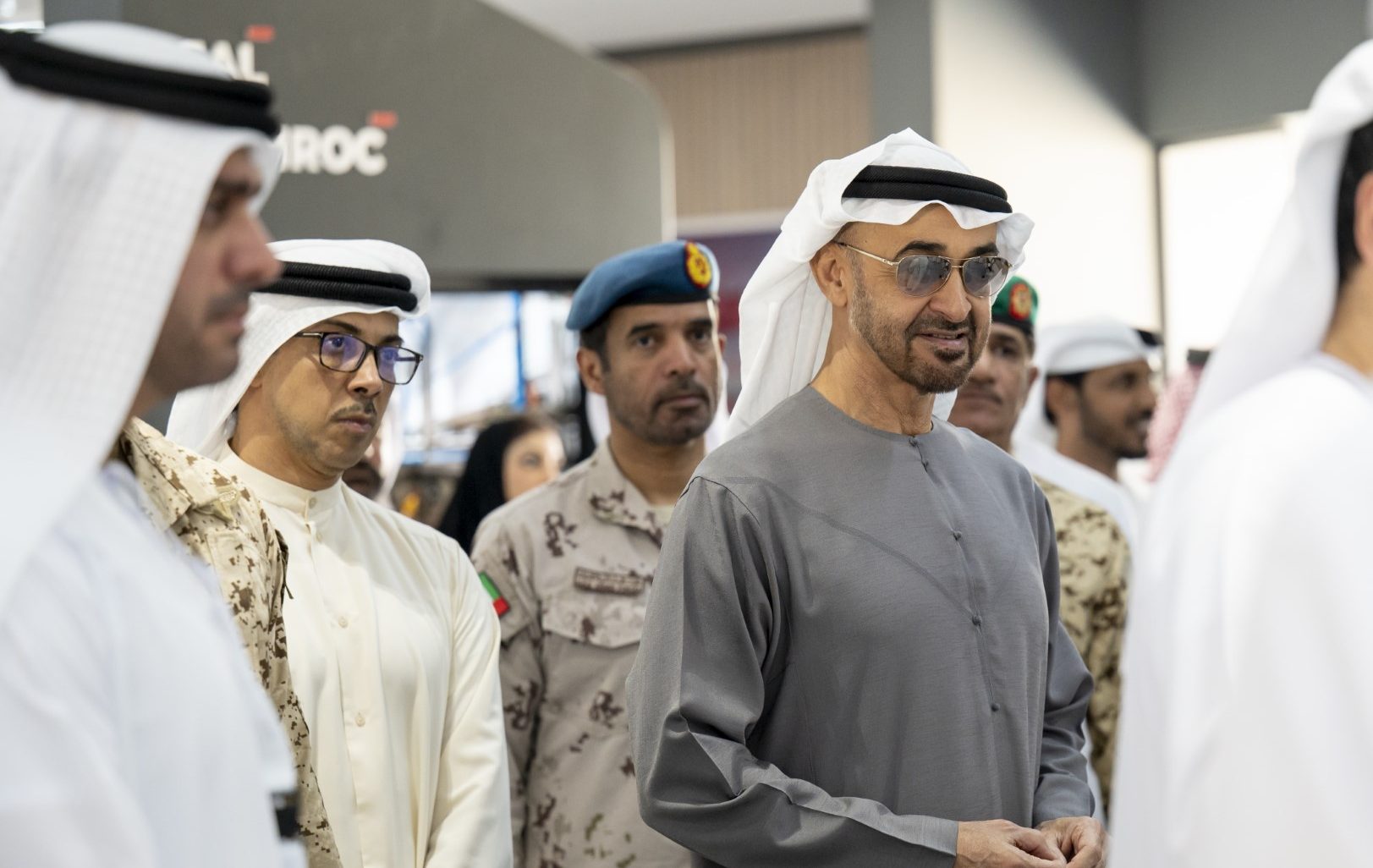 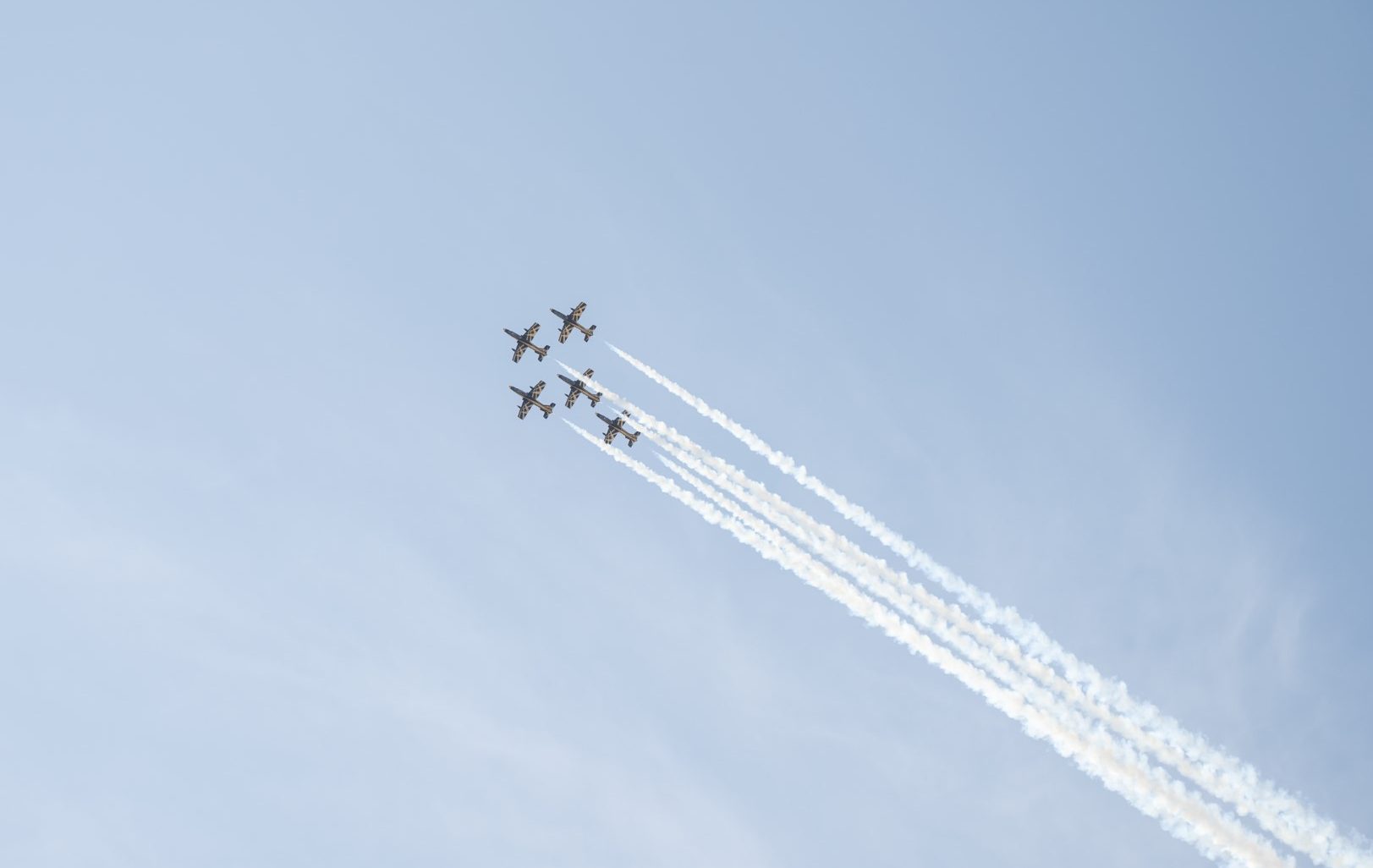 His Highness Sheikh Mohamed, accompanied by His Majesty King Hamad, also toured the Bahrain International Airshow 2022, which is being held at the Sakhir Airbase and is celebrating its 10th anniversary. 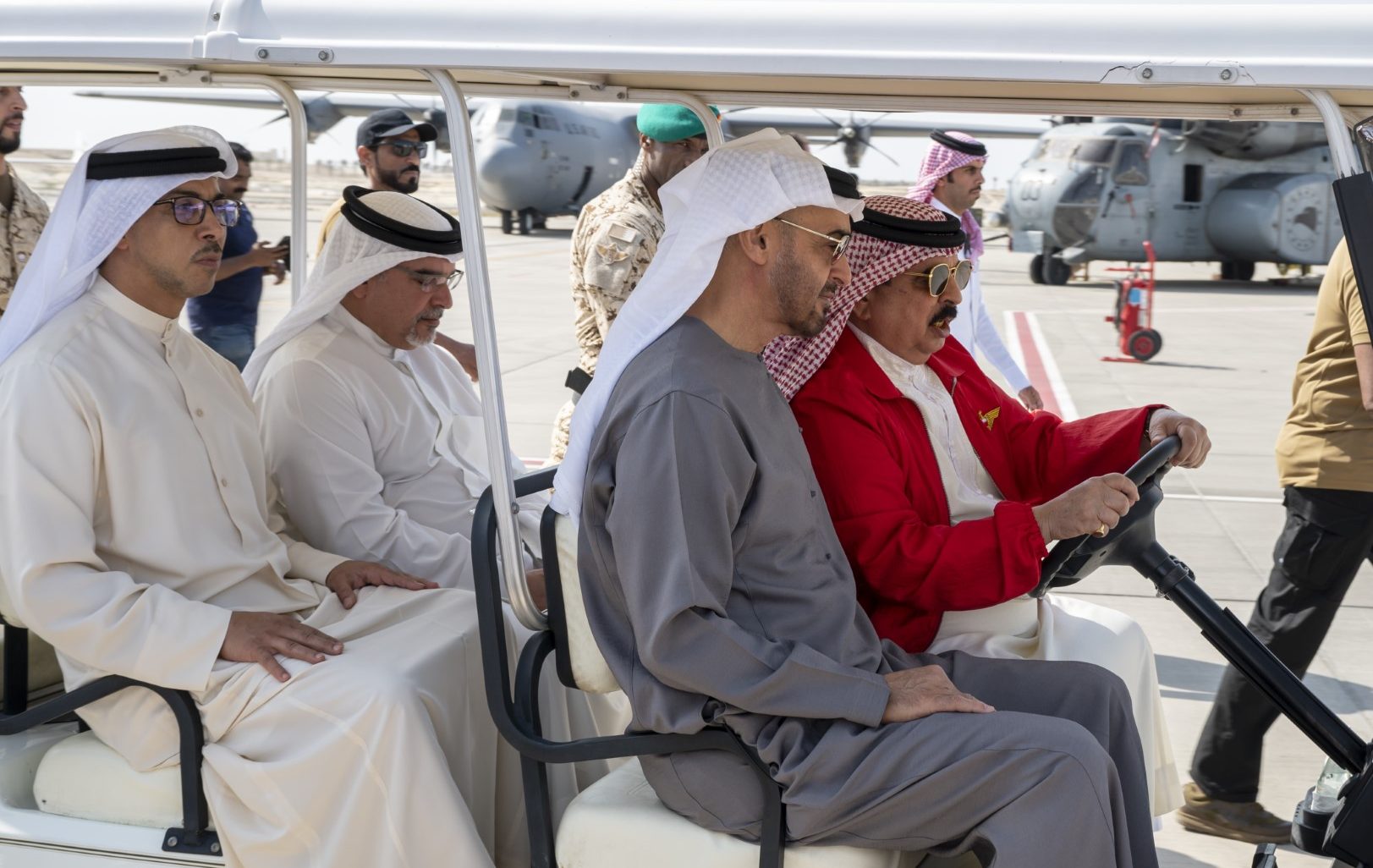 During the tour, the UAE President was briefed on the latest developments in Bahrain’s civil and military aviation sector in terms of advanced systems, technology, and solutions. 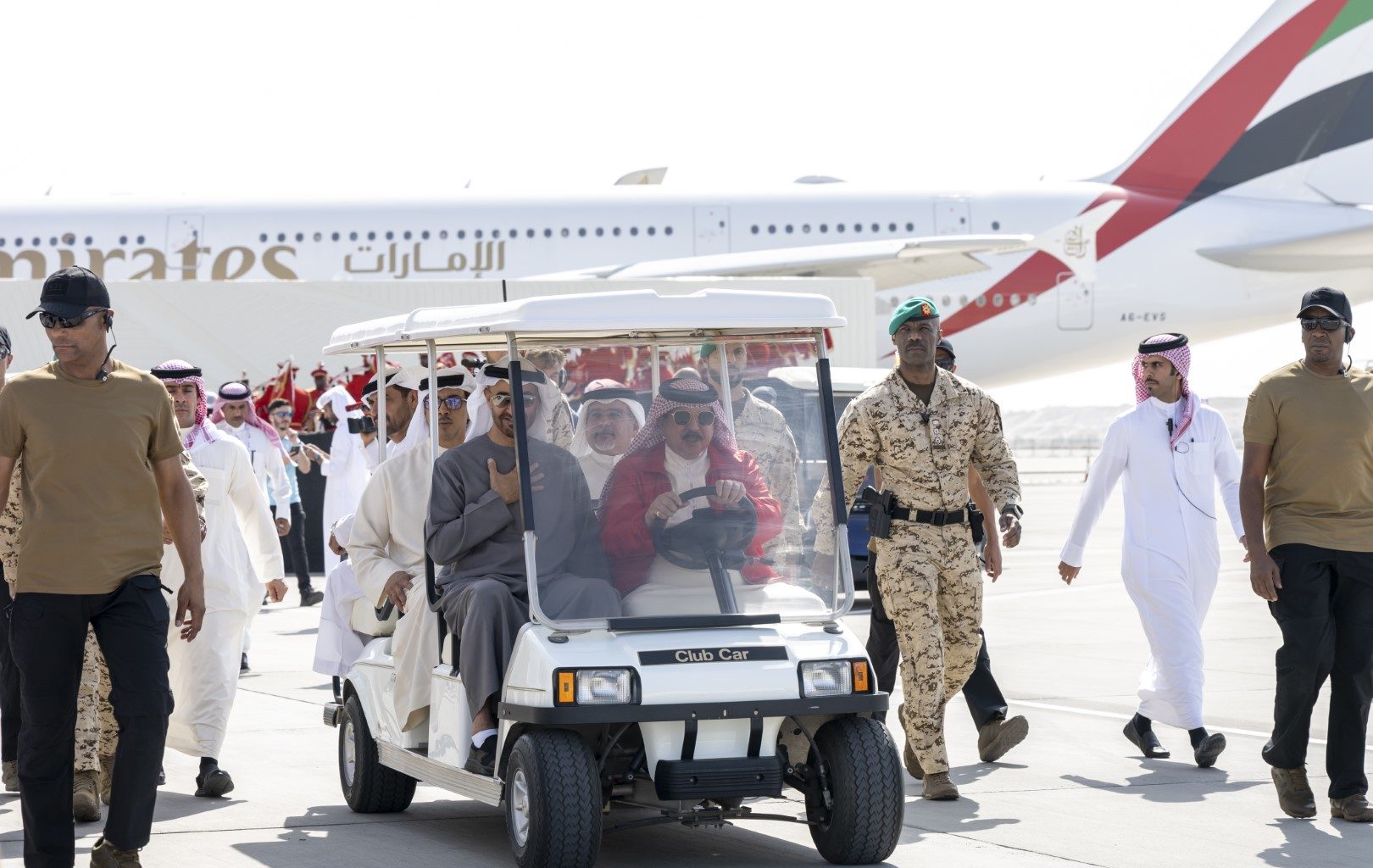 He also conversed with the participants and listened to explanations about their most important initiatives and innovations, wishing them success in their participation. 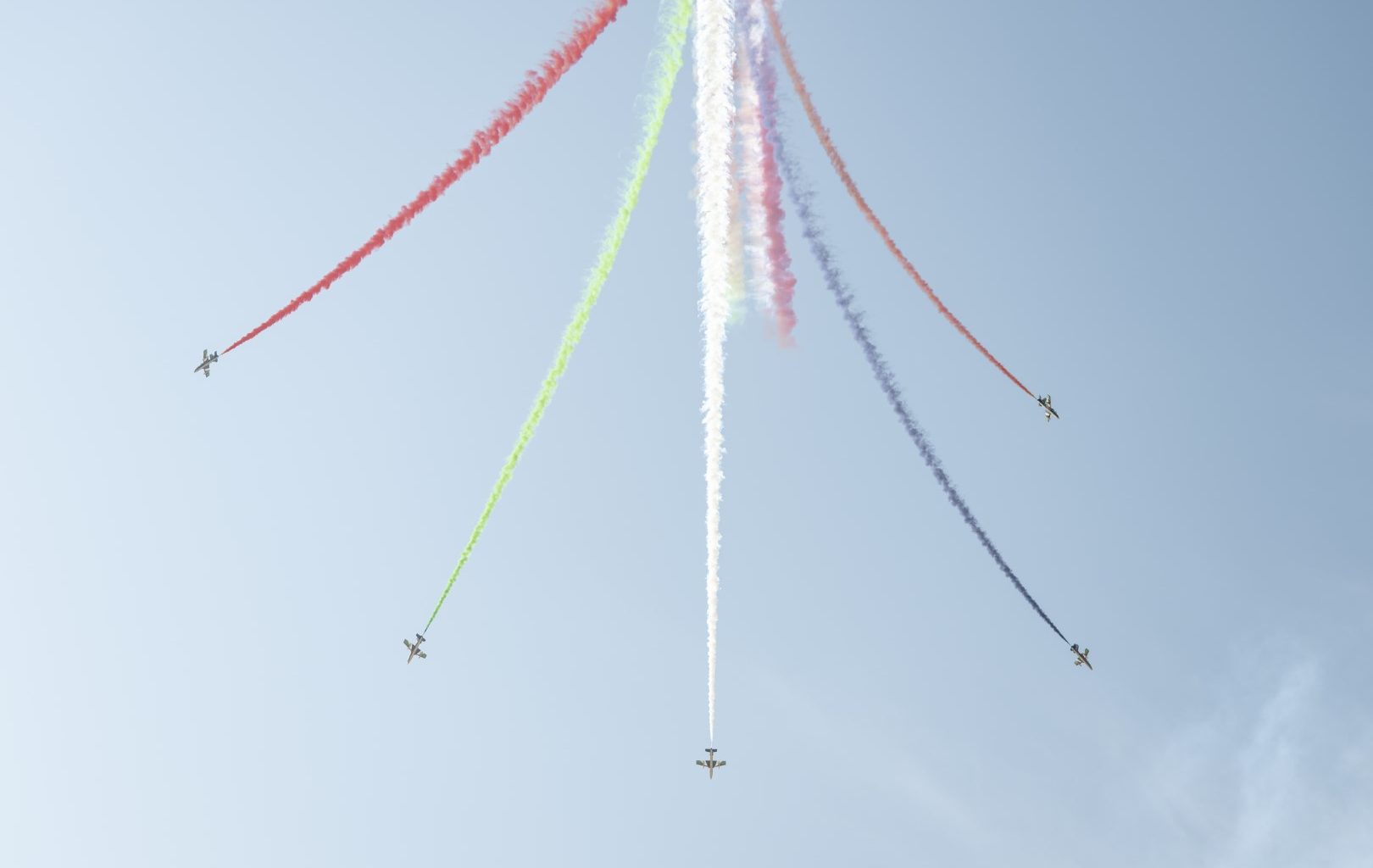 His Highness Sheikh Mohamed praised the level of organisation that Bahrain put into the air show, wishing Bahrain success in its notable efforts to enhance its position as a world-class host of major international events.

The UAE President had arrived earlier today at the Sakhir Airbase airport, where he was received by His Majesty King Hamad bin Isa, His Royal Highness Prince Salman bin Hamad Al Khalifa, Crown Prince, and Prime Minister of the Kingdom of Bahrain, and a number of sheikhs.