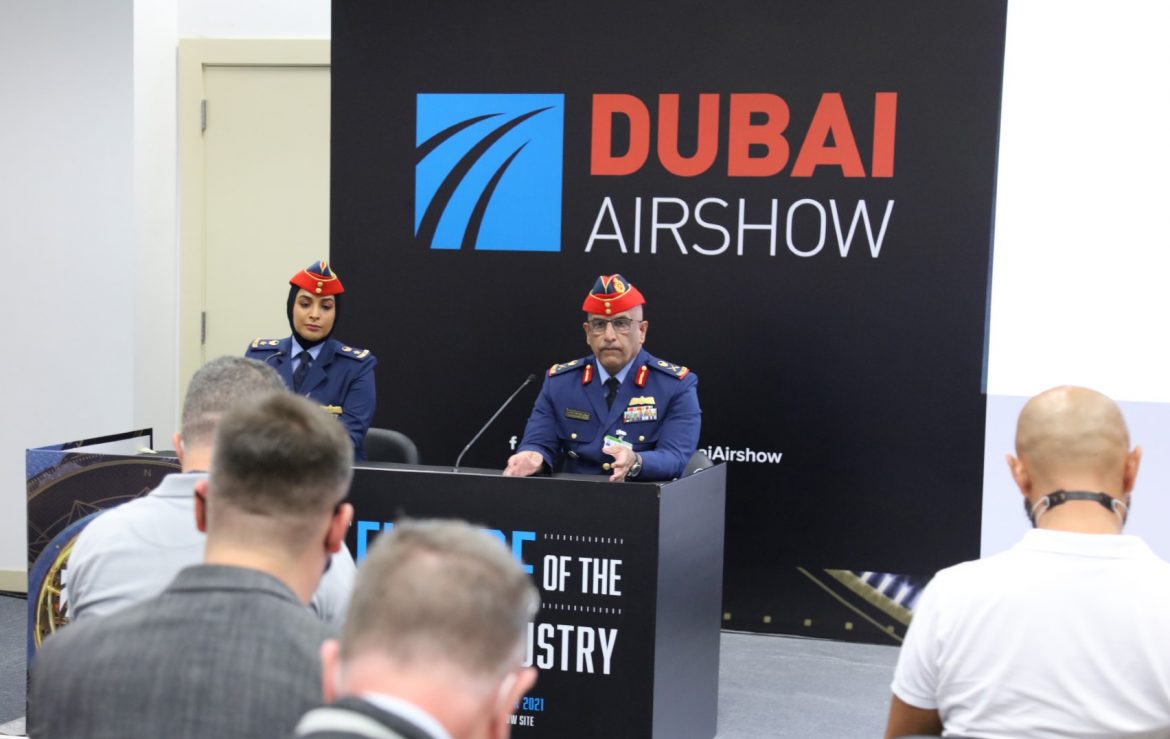 On the first day of the Dubai Airshow 2021, the Ministry of Defence announced the conclusion of 5 deals worth AED 5,239,640,000 with local and international companies.

Major General Staff Pilot Ishaq Saleh Al Balushi, Executive Director of the Military Organising Committee of the Dubai Airshow 2021, announced during the press conference, which was held on the sidelines of the exhibition, that the first deal of the exhibition was contracted with Airbus Defence and Space S.A.U., a Spanish company, to purchase refueling aircraft for the Air Force and Air Defense Command, at a value of AED 2,468,189, 886.00.

Lt. Col. Pilot Sarah Hamad Al-Hajari, official spokesman for the Dubai Airshow 2021, said: “The second deal was signed with Progressive Technologies to purchase munitions supplements, including training, for the Air Force and Air Defense, which amounted to AED 2,672,257,000.00.”

She explained that the fifth and final deal on the first day of the exhibition was concluded with the US company, Goodrich Corporation, to provide technical support services and technical assistance and to provide spare parts for aircraft systems at a value of 66,114,000.00.

Major General Staff Pilot Ishaq Saleh Al Balushi said, “It is expected that this edition of Dubai Airshow will be more distinguished than the previous ones, given the number of countries and new exhibitors participating in the exhibition, where more than 1,200 exhibitors from 148 countries around the world are participating.”

He pointed out that the Dubai International Airshow 2021 plays a pivotal role in achieving commonalities in the aviation, aerospace and defense sectors at the global level, as it is a platform that brings together leaders and experts from around the world for new partnerships, and paves the way for the sector’s recovery and future growth.

He added that the convening of the 17th edition of the airshow is a clear evidence of the efficiency of the United Arab Emirates’ approach in responding to and overcoming the health crisis at this stage.

The protection of the health and safety of everyone topped the list of priorities in the government’s response plan to the global health crisis.