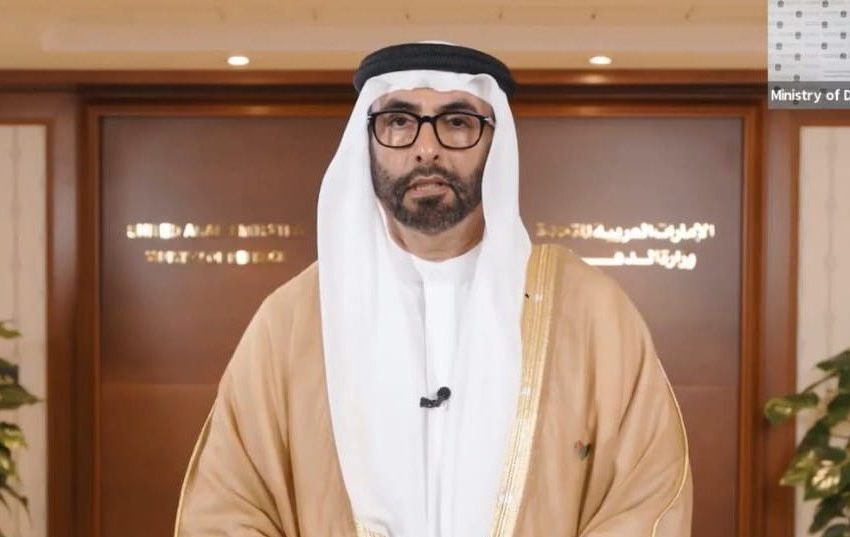 Conference “The role of Defence in national resilience beyond 2020”

UAE Ministry of Defence announced during a press conference, held at the beginning of November 2020, that the annual conference “Leaders for the Wars of the Twenty-first Century” will be held on November 16, which is sponsored by Mohammed bin Ahmed Al-Bawardi, Minister of State for Defence Affairs entitled “The role of Defence in national resilience beyond 2020 », and about 1000 participants from inside and outside the country are scheduled to participate in it.

Mohammed bin Ahmed Al Bawardi said: At the time the fifth session of the “leaders’ conferences” organized by the Ministry of Defence is held this year virtually, the whole world faces a real threat to humanity that goes beyond the consequences of traditional wars and battles. It is the spread of the Corona virus, which has become a common enemy of humanity, and requires joint international efforts to confront and contain it.

He added, “Our real goal should be to prepare countries to face these challenges in the future, while ensuring an advanced level of flexibility, and to protect the existence of our countries while we find ways to recover from these crises quickly.”

He also affirmed that the UAE has demonstrated, through its handling of this crisis, its complete belief in the principles of tolerance and coexistence with all peoples, as it extended cooperation and synergy to all countries of the world to confront the pandemic and address its effects and repercussions, which confirms that tolerance, peace, solidarity and brotherhood are solid and enduring values for the survival of humanity in UAE society, and its positive effects are reflected regionally and internationally.

And the price of all national efforts in managing this crisis, represented by the Supreme Council for National Security, the Ministry of Health and Community Protection, federal and local institutions and agencies.

Jaber Al-Lamki, Deputy Head of the Executive Department of Defence Communications, the official spokesperson of the conference, said: The conference program includes a keynote speech by Muhammad bin Ahmed Al-Bawardi, followed by a keynote speech by Abdul Rahman Al Owais, Minister of Health and Community Protection. An interactive panel discussion on “The Role of Defence in National Resilience Beyond 2020” will be held with the participation of local, regional and international experts. Meir Elran, Head of the Homeland Security Program at the Institute for National Security Studies at Tel Aviv University, “National Resilience and the Nature of Threats in the Modern Environment,” and Mike Bush, Operations Head of the Comprehensive Government Response to the Covid-19 Pandemic Team of the New Zealand Cabinet, “Mobilizing the Government And the national resilience of the pandemic and the lessons learned from it regarding future crisis management. ”Brigadier General Dr. Aisha Al Dhaheri, Commander of the Medical Services Corps in the Armed Forces, will review the role of Defence institutions in supporting national responses to non-military threats and the contribution of the UAE Armed Forces to the national resilience of the pandemic.

Al-Lamky pointed out that the goals of the conference are to highlight national resilience in the era of epidemics, and review axes: discussing contemporary threats (Covid-19, climate change, and irregular migration) and explore the concept of national resilience in the context of contemporary threats, and highlight the contributions of the national armed forces and the efforts of the UAE government in combating the pandemic.

He said that the conference complements the series of conferences organized by the Ministry since 2016 to prepare future leaders who are able to achieve proactive, anticipation and speed of adaptation to respond to emerging challenges, by arming them with the latest visions in security and Defence.

The conference is scheduled to review a case study of the participation of the armed forces in the national response to the pandemic, for their vital and influential role.

The Ministry cooperates with civil authorities to protect the state, as the Medical Services Corps participates in the governmental committees and working groups: the national response team, and the committees: the national technical for intensive care patients, the control of infectious diseases, the medical supply, the national laboratories, the joint survey teams, the exchange of experiences and the sharing of vital information. This includes follow-up efforts to curb the spread of the pandemic, and the exchange and provision of medical supplies, such as PCR tests and personal protective equipment.

The Ministry of Defence participates in decisions that reduce the spread of the pandemic, assess its societal and economic impacts, and maintain the readiness of the armed forces by arranging the priority of examination, testing and isolation for the military, and analyzing the efficiency of testing tools.

Efforts include benefiting, supporting efforts to monitor and discover diseases with the help of deployed personnel, exchanging information with international partners to enhance global security, and obtaining supplies for national requirements from international sources, through the network of military medical attachés.

The conference “The Role of Defence in National Resilience Beyond 2020” complements the series of conferences “Leaders for the wars of the twenty-first century” organized by the Ministry of Defence since 2016, and aims to prepare future leaders who are able to achieve anticipation, foresight and speed of adaptation to respond to emerging challenges by arming them with the latest visions in the fields of security and defence, and to achieve contribution of the Ministry of Defence in producing the necessary strategic knowledge in future areas and exchanging experiences to ensure the achievement of the defence objectives of the UAE.