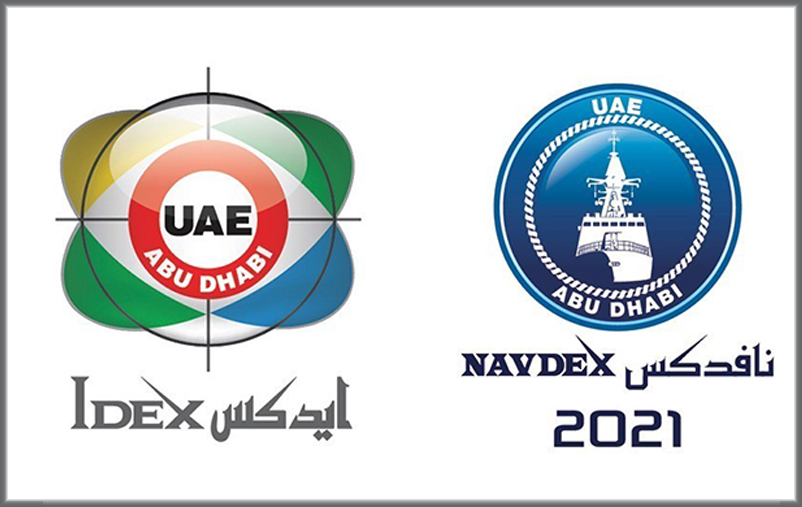 On Saturday morning, February 20, 2021, the second batch of giant naval military units arrived in Abu Dhabi, participating in the sixth edition of the Naval Defence Exhibition, “NAVDEX”, which is held in conjunction with the International Defence Exhibition “IDEX 2021” and begins its activities at the Abu Dhabi National Exhibition Center.

12 gigantic military naval vessels were docked within the units participating in the Naval Defence Exhibition “NAVDEX 2021” in the special exhibitions area at Zayed Port and the pier opposite the “ADNEC” platform, bringing the total of the giant naval units participating in the “NAVDEX Exhibition 2021” to 17 naval vessels from 10 countries around the world.

Brigadier General Fahd Nasser Saif Al-Dhahli, the official spokesman for the Naval Defence Exhibition, “NAVDEX 2021”, said that the marine units participating in the current edition of the exhibition “NAVDEX”, are from the sister kingdom of Bahrain, America, Pakistan, Britain, Bangladesh, Italy, South Africa, India and Greece”, which reflects the importance of the exhibition NAVDEX. The UAE participates in NAVDEX 2021 with many companies specialized in maritime security technology, in addition to multi-purpose boats, and new naval military units will be launched.

It is worth noting that the 17 naval military units will present daily live demonstrations, in addition to the exhibition stands for companies participating in the exhibition, which will showcase their latest technological innovations in the field of coastal security, maritime security, and in search, enforcement and remote control operations.