The MOCAP facility will allow SSRC to simulate flying through the city of Abu Dhabi enable high-precision ground truth to conduct sophisticated experiments and enable virtual, augmented and mixed reality testing. The ability to simulate virtual camera images and sensors will allow testing in environments that are too large, too dangerous, or too time consuming to construct in reality.

The high-quality motion capture system proposed for Abu Dhabi will be able to conduct passive or active tracking and enhance the communication, navigation, command, and control capabilities achieved to date. SSRC is shaping this facility in line with its ongoing collaboration with US-based Purdue University that holds the distinction for the largest indoor motion capture facility in the world.

Speaking on the breakthrough facility that will allow the modelling and operation of a cloud-based secure autonomous system of drones – as opposed to just autonomous drones – in this environment, Dr Shreekant (Ticky) Thakkar, Chief Researcher, SSRC, said: “This is a start – an ambitious one – and we are confident we will be able to arrive at technologies that could limit malicious cyber-attacks as our reliance on drones continues to increase every day. They are integral to life today – from delivering valuable organs at a hospital to conducting surveillance of high-security zones, or dispersing seeds over a field or even completing grocery deliveries.

“This unique testing facility will be leveraged by various lab groups and will allow us to conduct experiments on a broad range of Unmanned Aerial Systems of various sizes while the state-of-the-art high resolution cameras will be able to track small objects in the surrounding environment. Our aim at SSRC is to develop breakthrough security technologies to safeguard systems that may be vulnerable and this can include unsecure drone systems which may pose various threats to organisations’ or even individuals’ privacy and safety so it’s essential to make drone platforms more resilient and secure.

With regard to the construction of the new facility, James Goppert, Managing Director of the Purdue UAS Research and Test Facility said, “Autonomous drones are already playing a key part in package delivery and infrastructure inspection. As smart cities evolve, it will be critical to ensure the safe operation of drones in an urban setting. This facility is particularly suited to the task of bringing algorithms for the security of drones from simulation to real world application by allowing a gradual transition of scenario elements from pure simulation, to virtual, to real-world.”

The testing facility will be used by both the Secure Systems Research Centre and the Autonomous Robotics Research Centre to carry out experiments on a range of vehicles. To provide for a useful motion capture space, the system must be capable of allowing for mechanical isolation, climate control, and simultaneous shared use. As a shared space, the Motion Capture facility can accommodate micro UAS weighing less than 10 g to large UAS that are as heavy as 1,000 kg and also factor in different types of UAS from multirotor to helicopters to vertical takeoff and landing vehicles (VTOLs) to fixed wing craft.

One of seven initial dedicated research centres at TII, SSRC was established to create a global centre of excellence in the development of end-to-end security and resilience to protect cyber-physical and autonomous systems. SSRC has recently become a strategic member of RISC-V International, a Switzerland-based global nonprofit promoting an open standard that facilitates collaboration and innovation in computer chip technology. It also partnered with five prestigious universities on developing a RISC-V-Based Secure Flight Computer System project. And driving security capabilities in PX4 autopilot, Nuttx OS and Drone hardware, SSRC has also joined Dronecode, a US-based non-profit run by Linux Foundation to foster the use of open-source software on flying vehicles. The Centre is partnering with world-leading universities including Khalifa University, Georgia Institute of Technology, Tampere University and University of Applied Sciences and Arts of Southern Switzerland (SUPSI). In addition, it is collaborating with research-focused higher education centres such as Purdue University.

Technology Innovation Institute, the dedicated applied research pillar of Advanced Technology Research Council (ATRC) in Abu Dhabi, is a pioneering global research and development centre that focuses on applied research and new-age technology capabilities. The Institute has seven initial dedicated research centres in quantum, autonomous robotics, cryptography, advanced materials, digital security, directed energy, and secure systems. By working with exceptional talent, universities, research institutions and industry partners from all over the world, the Institute connects an intellectual community and contributes to building an R&D ecosystem in Abu Dhabi and the UAE. The Institute reinforces the status of Abu Dhabi and the UAE as a global hub for innovation and contributes to the broader development of the knowledge-based economy.

Researchers Warn of 4 Emerging Ransomware Groups That Can Cause Havoc 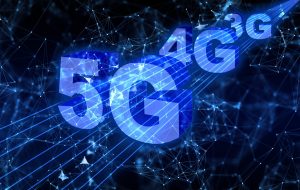 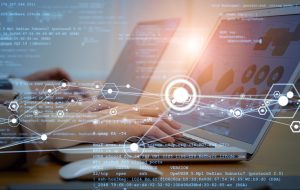 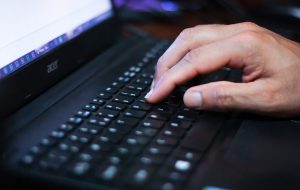 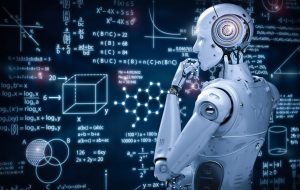 In a world first, South Africa grants a patent to an artificial intelligence system