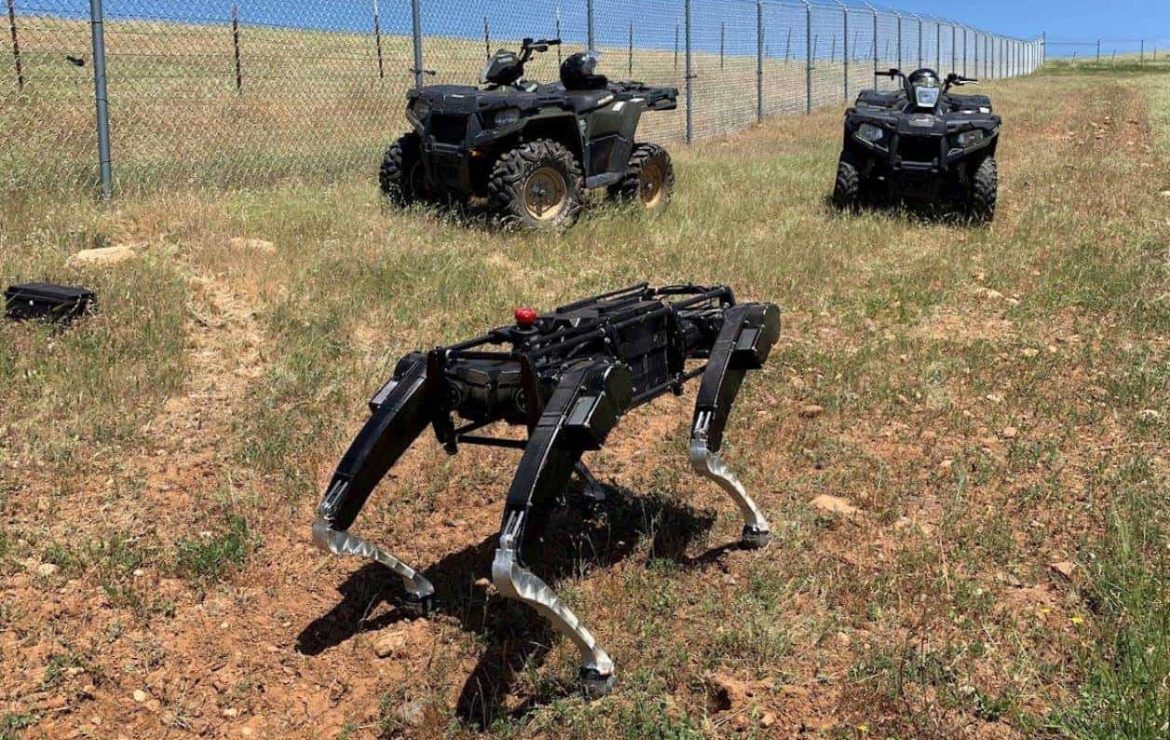 The US Department of Homeland Security revealed new details of the experiment in deploying four-legged robots on the country’s southern border. Machines are tested in a variety of positions focusing on observation. The ministry said that the trials were successful and that work with the machines continues. The southern border can be an inhospitable place for humans and beasts, which is why the machine is so special there. This initiative focuses on Automated Ground Surveillance Vehicles, or what we call ‘AGSVs.’ Essentially, the AGSV program is all about…robot dogs.”.

The four-legged robots were built by Ghost Robotics, a competitor to the famous Boston Dynamics company.

The most popular Ghost Vision model is 76 centimeters tall and weighs 32 kilograms. It can travel more than 12 kilometers in 3 hours on a single battery charge. The robot can move independently or by manually controlling it, and it can be equipped with a number of payloads, including thermal and night vision cameras.

Ghost Robotics has in the past shown prototypes equipped with guns. But there is no indication that the Department of Homeland Security is testing such payloads.

They were also trained to inspect train carriages at railroad yards and to walk around and under carriages.

The main advantage of these four-legged robots is that they can navigate any environment in which humans can navigate. Including stairs, steep hills and rocky terrain. Unlike machines that are tracked or wheeled.

But despite their complexity, these machines also have obvious limitations. Real-world experiments highlighted a number of potential issues, including limited battery life and erratic behaviour.

When French Army tested Boston Dynamics’ Spot robot in military exercises, soldiers complained that the battery ran out too quickly.

While reports from US police trials complained of Spot’s dodgy and patchy performance, the machines sometimes stopped working for no apparent reason.

The Department of Homeland Security compares the deployment of robots at the border to airborne drones as complementing the work of the human race.