War in an Age of Risk

The way in which we think of war, in terms of perceiving and waging it, has greatly changed over time. While war was thought of as a clash of wills in the past, this book demonstrates how it has evolved to become synonymous with risk management.

Christopher Coker, described as one of the most prominent strategic analysts and contemporary philosophers of war, examines the growing differences between homeland security and national security in modern times, and demonstrates that defending citizens has become a greater challenge than defending the state. By delineating the changing features and complexities of conflict, from the First World War to the so-called War on Terror, he offers a potent and distinguished analysis of the concept of war in an age enveloped in risks.

The book posits a clear vision of the forms of war in the coming years and provides a historical understanding of how war between modern armies has changed, becoming the unending conflicts of current risk societies. It addresses how and why the ‘rules’ of war today have evolved from those of the Cold War due to the manner in which modern society organizes in response to risk.

Through an analytical look at the third Gulf War, the September 11 attacks, and the Afghanistan War, the book shows that the age of risks we live in today is concerned with ‘risk management in everything’. The core political issues in all societies involve the mitigation or justification of risk. These risks need to be constantly managed, as risks have become the common language of modern life, from business and domestic politics to foreign policy. Thus, risk management has become the language of war as well.

The logic of risk colonization, whereby the regulatory logics of societal and institutional risk expand exponentially, has fundamentally transformed conventional notions of security since the 9/11 attacks, leading to the emergence of concepts such as ‘long’ or ‘endless war’. This is a non-strategic policy, driven by risk management tactics, which plunge the West into an endless process of risk management, leading society into a permanent defensive state. Risk management drives the development of organizations designed to address identified risks, and knowledge of those risks creates more risks that must be addressed, managed, regulated, and controlled. In the case of war, this elevated the ‘pre-emptive’ doctrine rooted in the precautionary principle.

Managing the risks of engaging in disarmament, even by force, requires an assessment of the cost of preemptive intervention as opposed to not intervening at the right time. Each alternative also requires an assessment of the cost of provoking the regime to retaliate on other fronts (terrorism), which may lead to an internal weakening of confidence in the government’s decision. Hence, failure to take adequate measures, or taking excessive measures, may have to fatal results.

There are also limits to the predictive ability of any analytical method. Conflict and crisis feed off each other, but the process of identifying risks is unlikely to reveal political or military options. We ourselves may pose the greatest threat if we miscalculate, intervene too early, or discover later that we should not have intervened at all.
The age of risk has presented a new set of moral dilemmas that we are not in the right position to resolve. At best, humanitarian war may be a mitigating measure to reduce the risk of wrongfully engaging in war. The goal of the new alliances came to define those alliances, rather than the other way around. Alliances are tactical in nature, because their ultimate goal is not to ‘win’ wars, but to control loose fronts in an interconnected world.

There are two types of risk: risk arising from the likelihood and likely effect of an event once it actually occurs, and risks arising from a necessary gamble for an immediate gain. With regard to the second definition, risks are central to life, and require us to be ready to take them. Hence, armies face major challenges in becoming more competitive in taking risks, and in order to be competitive, they must act faster. Speed is often dangerous, as it has expected limits and yields meager returns. It deprives us of direct contact and experience with the enemy. Nevertheless, speed is essential in processing information, which is accelerating all the time. Herein lies an interesting paradox––wars are actually slowing down and becoming longer.

We look to the future, knowing that many things will change. A new set of rules will govern war, based on very different cultural rules, because history moves in cycles. As a result, our age is structurally prepared for limited war, or risk management in this case.
This book – which blends political science, sociology and philosophy – is an important contribution to the dialogue between scholars of international politics. It captures the attention of those who wish to understand war and its position in contemporary society.

Christopher Coker is Director of LSE IDEAS, a foreign policy think tank run by the London School of Economics. He was previously Professor of International Relations at LSE, retiring in 2019, and is a former member of the Council of the Royal United Services Institute, a former NATO Fellow and a regular lecturer at Defence Colleges in the UK, US, Rome, Singapore, and Tokyo.

When Does the US Intervene Militarily for Humanitarian Reasons?

Nuclear Security: Clarifying the Concept and Identifying Issues in the Context of the Middle East

The Islamic State and Drones.. Supply, Scale, and Future Threats 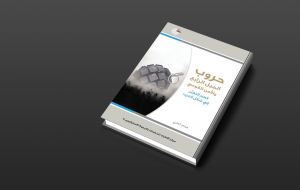 THE FUTURE OF WARFARE IN THE 21ST CENTURY