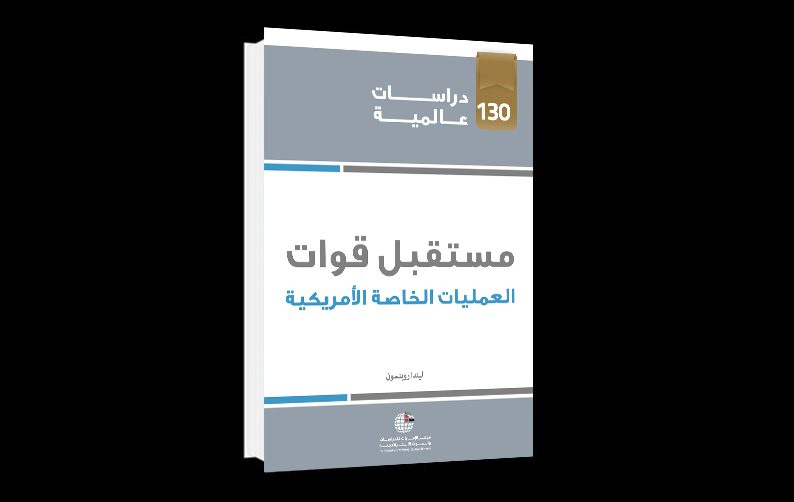 Despite the growing importance of US special operations forces, the strategic vision for their deployment has not kept pace with the increased demand for their skills. As the United States shifts its focus from fighting wars to a phase of building and supporting its partners, it will become critical to better define these strategic capabilities, to ensure that special operations forces have the resources and funding to succeed. This is particularly important as they could become one of the US military’s most important forces.

Over the past decade, US special operations forces have honed their counterterrorism abilities, and have been particularly effective in hunting down leaders and members of terrorist organizations. Examples of significant operational successes include the mission that targeted Al-Qaeda founder and leader Osama bin Laden in Pakistan. Special forces tend to be associated most with this type of tactical operation, yet their abilities extend much further to include cooperation with local forces in combating terrorists, insurgents and transnational criminal networks, as well as military training, information operations and civilian affairs programs. The size of special operations forces has doubled in the past decade, and they have been deployed more often and for longer periods, however there has been no in-depth official assessment of the impact of this increased use. There is a need for a new strategic approach governing special operations forces, moving from a short-term tactical focus on minimizing personnel on the battlefield, to achieving a more sustained military effect.

Amid the continued fiscal constraints the US will likely face, there is support for adopting “innovative, low-cost, and small-footprint approaches to achieve security objectives,” as stated in the 2012 Defense Strategic Guidance issued by the Obama administration. This strategy, and other intelligence assessments, forecasts persistent irregular threats to US national security from non-state actors, such as terrorists.

While core elements of Al-Qaeda’s organizational structure have been dismantled, its affiliates have grown and spread to parts of the Middle East and Africa where there is instability, conflict and weak governance.

As a result, a steady rise in demand for special operations forces is anticipated, yet they are a scarce resource, making up less than five percent of all US military forces. This means they cannot be routinely deployed. Special operations forces are designed for missions that conventional forces cannot undertake, such as covert operations behind enemy lines or in politically sensitive locations. In the absence of major conflict, and following the end of the US combat mission in Afghanistan, it is likely that special operations forces will focus on preparing other countries’ forces to face threats within their own borders.

Although the indirect approach is crucial, most of the attention, effort and resources in the past decade has been devoted to refining and applying the direct approach. As a consequence, special operations forces have been conducting endless strikes on terrorist targets, with no final determination as to when a network is sufficiently degraded to no longer constitute a threat. This has seen the indirect approach become a worthless, random engagement tool, rather than a comprehensive approach to respond effectively to conflicts or emerging threats.

Therefore, substantial conceptual, operational and institutional changes are required, as well as a rebalancing of resources to allow special operations forces to reorganize and provide more effective security solutions at a lower cost. In this respect, suggested approaches revolve around developing intellectual capital and producing strategic-minded leaders.

Linda Robinson is a senior international policy analyst at RAND Corporation. From 2011–2012 she was an adjunct senior fellow for US national security and foreign policy at the Council on Foreign Relations, and in 2013 was a public policy scholar at the Wilson Center. Robinson co-authored a study on special operations command-and-control for the US Government (2008–2009). She has also been a Nieman fellow at Harvard University, senior consulting fellow at the International Institute for Strategic Studies (IISS), and author-in-residence at the Merrill Center for Strategic Studies at Johns Hopkins School of Advanced International Studies. Among several accolades, Robinson was awarded the Gerald R. Ford Prize for Distinguished Reporting on National Defense.

Publisher: The Emirates Center for Strategic Studies and Research [In Arabic]