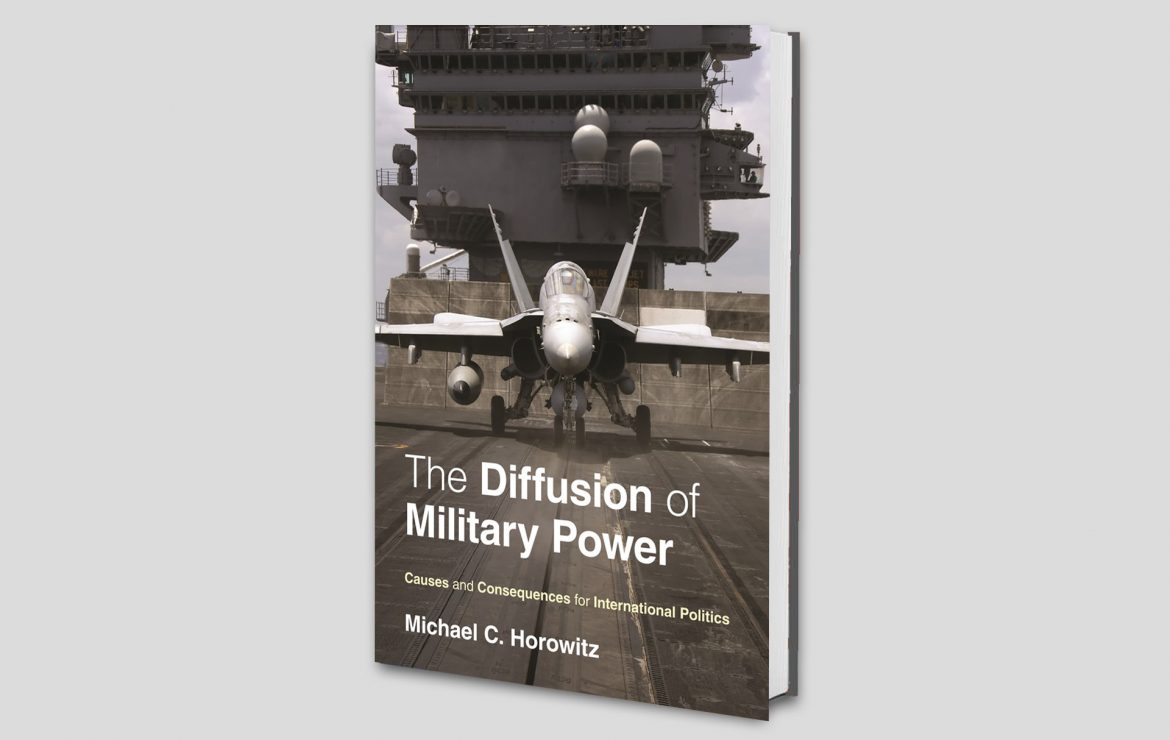 The Diffusion of Military Power: Causes and Consequences for International Politics

The introduction and proliferation of major military innovations has played a critical role, throughout history, in determining the global balance of power, as well as the timing and intensity of wars.

Innovations in the production, deployment and application of military power are crucial to international politics, but assessments of the international security environment often fail to account for the relevance of military innovations and the importance of their spread.

This book examines the diffusion of military power across the international system, focusing particularly on the financial and organizational challenges of adopting new military innovations, and the subsequent impact on the international balance of power.

Countries have a number of strategic choices in when faced with military innovations. These include adoption, offsetting or countering, forming alliances, and shifting toward neutrality.

The book addresses the reasons why some military innovations are adopted and go on to influence international politics, while others do not, or do so in very different ways.

The author explains these patterns via adoption-capacity theory, which he applies to four major developments in military history: nuclear weapons, battleship warfare, aircraft carriers and suicide attacks carried out by non-state actors.

Adoption-capacity theory argues that for any given innovation, the system-level distribution of responses are governed by the financial resources and organizational changes required for its adoption. This will also influence the choices of individual states, as well as the consequences for international politics.

Moreover, the theory is useful in explaining the behavior of smaller powers and non-state actors in this context. For example, financial and organizational factors affect the strategic decision-making process of non-state actors, such as insurgent and terrorist groups.

Adoption-capacity theory also highlights a critical distinction between a state’s desire to respond to a major military innovation and its ability to do so. The author provides the example of the Soviet Union, and its attempts to become a superior naval power during the Cold War.

Despite financial resources and naval experts who had learned from Germany’s experiences, the Soviet Navy was not able to pose a serious challenge to American naval supremacy, or even build an aircraft carrier of comparative capability. Part of the problem was the disparity between the organizational requirements of operating a dominant navy in the post-World War II era, specifically the aircraft carrier, and the organizational capabilities of the Soviet Navy.

The book also points out that there is often limited discussion of proliferation processes within analysis of international politics.

Contrary to speculation that extremist threats would lead to a close military match with states, many countries facing such threats have failed to adopt innovative military methods, even after successful counter-terrorism experiences. Fundamentally, strategic competition alone can’t explain whether countries will respond to a new military innovation. Depending on whether they face a threat, the adoption-capacity theory can fill this void, as it details the response of states, and the implications for international politics.

Adoption-capacity theory can also help predict the ways in which various actors will respond to different types of future warfare, as well as the potential benefits and disadvantages these innovations offer.

The author emphasizes that adoption-capacity theory, and our understanding of the importance of the information age, are central to discussions of future warfare. Technologies accompanying the information age will of course bring about change, even if the specific nature of that change is unknown. As for the debate over whether future conflict will mirror traditional state-on-state warfare, or take on more asymmetric features, the information age is likely to produce shifts in the financial and organizational requirements of warfare, as it incorporates aspects of hybrid warfare. The author goes on to examine the ways that potential information age shifts in the production of military power could influence the future of the international environment, for both state and non-state actors, including the United States, China and terrorist groups like Al-Qaeda.