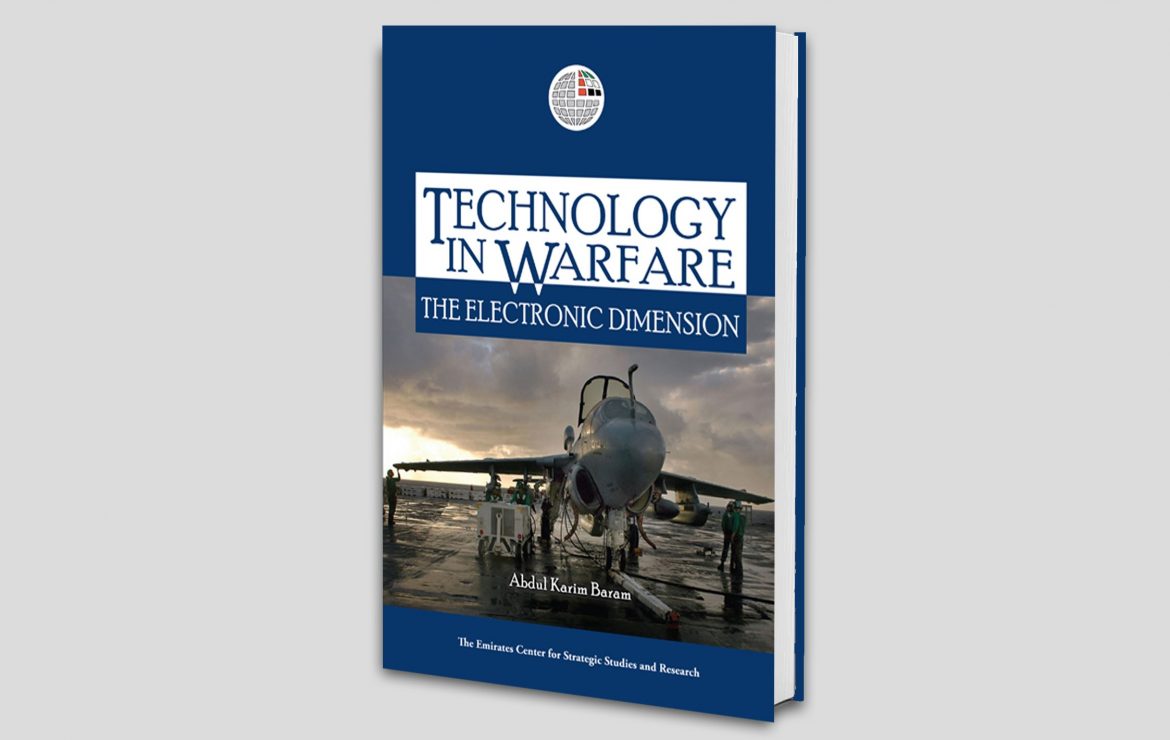 Technology in Warfare: The Electronic Dimension

Technology in Warfare: The Electronic Dimension illustrates the successive developments that have taken place in the field of electronic warfare. Electronic warfare technology is constantly advancing to counter the latest threats and challenges, described as a seemingly endless cycle of counter-measures and counter-counter-measures. From Winston Churchill’s ‘Wizard War’ to the crushing defeat of Iraqi forces in the 1990–91 Gulf War, this book examines electronic warfare’s great influence on the outcomes of modern conflicts, and attempts to provide insight into the future development of this field.
Electronic warfare is deployed to control the electromagnetic spectrum, as it is one of the most crucial channels through which information is transmitted. The book argues that control of this spectrum allows armies to win wars, and victory in any future world war will be achieved by the party that can better control and manage the electromagnetic spectrum.
From the Russo-Japanese War of 1904–1905, through World Wars I and II and up to the present day, the field of electronic warfare has developed at astonishing speed. The early use of radio wave technology to organize and coordinate basic naval actions over 100 years ago has evolved into today’s complex Command, Control, Communications and Intelligence (C3I) networks that enable field commanders to coordinate massive, multi-faceted military engagements from a single command post.
The front-lines of modern wars are often difficult to define, unless viewed through the prism of the electronic systems that control troops, locate and identify targets, aim long-range missiles, or coordinate air strikes. The electronic warfare component of modern battle is now so vital that a large proportion of military activity is conducted in this invisible ‘battlespace’, which is separate, but crucial to the physical theater of operations. In this other realm, parallel wars are waged for control and exploitation of the electromagnetic spectrum.
When electronic warfare is skillfully managed, it produces information that allows targets to be destroyed quickly, and aids timely and informed decision making. This is essential if an army hopes to confront an enemy strategy effectively, and achieve victory without heavy loss of life.
Electronic warfare is a form of information warfare, where the information itself becomes the target of non-lethal technologies, or is used to attack other information ‘targets’, particularly the beliefs of the enemy’s leadership, population or economic and political information systems. This form of electronic warfare contributes to eliminating the hegemony of the components of the industrial age, and is fought not on the traditional battlefield, but in the global ‘battle space’.
In the foreseeable future, large-scale weapons systems will depend on electronic technologies, pushing the integration process a step forward. Radars, infrared and electro-optic systems are integrated into comprehensive electronic support procedures designed to protect the system.
Technologies used by combat forces in the Second Gulf War were reliable, adaptable, maintainable, and suitable for missions at the time. Some weapons systems have proven their great value and yet the primitive Iraqi Al-Hussein missile was an unattainable target for a Patriot guidance system. This war also unveiled the remarkable qualitative advantages of the F-117 stealth fighter aircraft, the Global Positioning System (GPS), Joint Reconnaissance Aircraft (JSTARs), Early Warning Aircraft (AWACS), and laser-guided weapons (smart weapons).
Although electronic forces alone did not win in the Gulf War, and perhaps they were not harnessed to their full potential, the lessons learned are still clear. The Russians saw the power of Western electronic warfare and the inadequacy of their systems in the hands of the unlucky Iraqis. This worried Moscow as it lent support to the West’s belief that controlling the electromagnetic spectrum means controlling the battlefield.

About the Author:
Dr. Abdel Karim Mahmoud Baram
An engineering and training consultant for electronic defense systems, Dr. Abdel Karim Mahmoud Baram holds a PhD in applied technology, with specialization in electronic defense systems. He has published several research papers on technical and operational aspects of electronic warfare. His areas of interest include the history of war, the history and development of science and technology, and aviation.