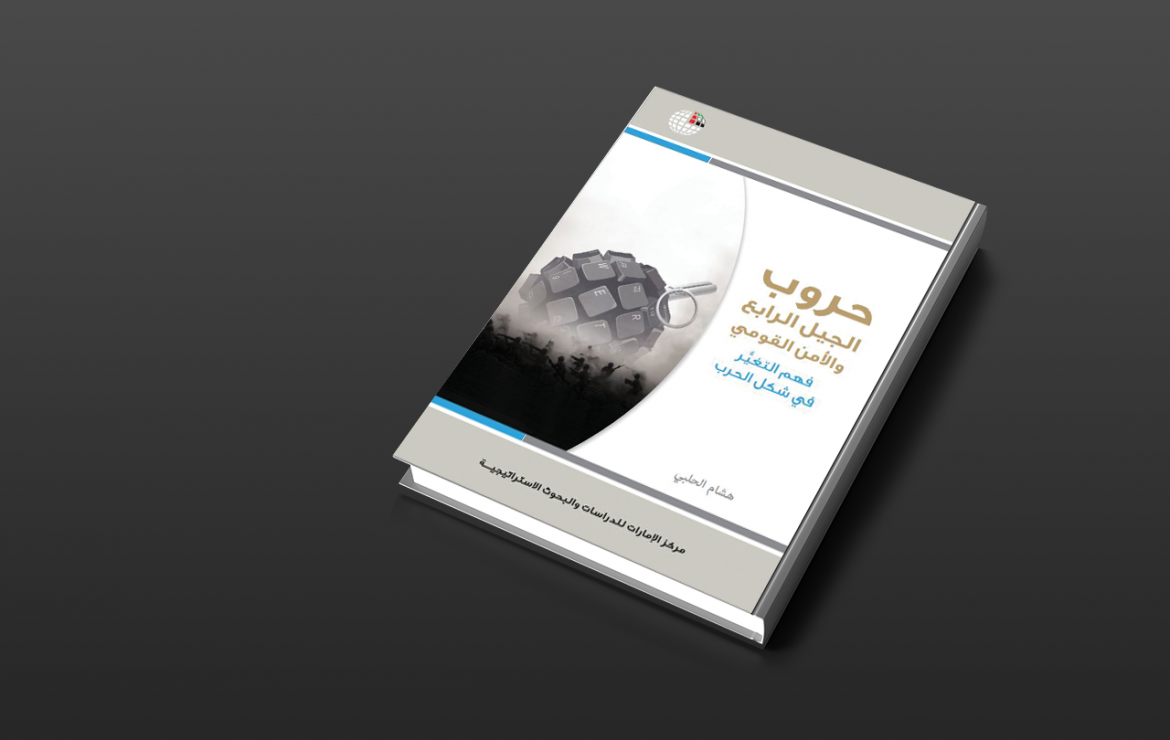 Summary
There is significant value in studying the proliferation of new forms of warfare in the Middle East, as malicious actors employ unconventional methods in efforts to bring down states from within. The fall of any Arab country would severely impact Arab national security and the stability of the entire region. Therefore, from an academic perspective, achieving a robust understanding of the issue can aid in addressing the challenge, particularly as an accurate threat assessment is a vital first step in formulating an effective response.
In recent years, the strategies and instruments of Fourth-generation Warfare (4GW) have become more widespread, evolving to adopt new methods and forms. This has taken place alongside continual technological development, particularly in the communications and information domains. Within 4GW, offensive objectives are not only military, but extend to society. The core strategy is to attack an enemy state from within, by targeting civil society, as an alternative to direct, armed confrontation.
Central to 4GW is the premise that the threat emanates from within, as specific internal elements and factors are singled out, and then exploited to achieve objectives. This is where the importance of strengthening loyalty and belonging to a nation becomes clear, particularly, the need to unite around national leaders. In this context, cross-border organizations, and groups that transcend national loyalties and geographical affiliations become a malleable tool that can be easily employed in waging wars against nations from within.
The tactics and instruments of 4GW can be characterized as related to internal and external elements. Internal efforts work to destabilize and exhaust the forces of the state, to bring them down from within, while external campaigns seek to isolate states, blocking regional or international support by distorting the image of its political system. Terrorist groups use these types of unconventional tactics to systematically exhaust a state in order to achieve internal social collapse. This serves the goals of those orchestrating the offensive, whose aim is to severely undermine their opponent.
Fourth-generation Warfare has no specific battlefield, with comprehensive campaigns conducted at multiple levels within a state. Its tactics also allow aggressor states to avoid detection, amid the plausible deniability gained from offensives carried out by proxies, or the use of technological tools. These types of offensives target vulnerable citizens, while exploiting weaknesses in legal frameworks, media institutions and international organizations, as well as vulnerabilities in multilateral agreements, economic activities and political authority. They focus on sewing discord among society, to convince the target state that its strategic objectives cannot be achieved, or are too costly.

Addressing the features of 4GW is vital for a variety of reasons, the most important of which stems from the many threats faced by Arab countries throughout the region’s history. While these challenges differed in severity and duration, an important factor in overcoming them was popular awareness, which constituted a strong, united front in responding to threats. Factors that today aid in the rapid consolidation of this type of awareness, such as robust media institutions and modern communications systems, were of course not available at these points in history. However, this did not present an obstacle to the consolidation of awareness, which became the foundation of popular, and by extension, state authority. This power and legitimacy was instrumental as our ancestors challenged empires and great powers, to preserve the unity of Arab people and their lands.
As the nature of warfare has evolved, its strategic approach has shifted, amid attempts to destabilize the state from within. Rather than focusing efforts on an opponent’s armed forces, 4GW actors target, and seek to exploit, civil society. While previous research has addressed the subject, there are some areas in need of further study, in order to sharpen our understanding of 4GW and how to respond to it, or at the very least, improve our ability to overcome the adversity it can bring. This provides the impetus for a robust academic approach to the subject, in an effort to offer a meaningful contribution to understanding an area that is not only constantly evolving, but has significant social, political and economic consequences. In addition, it is vital that we are able to assess the nature of threats, as a basis for overcoming them. A failure to establish accurate threat assessments not only adds further complexity to already tense situations, but impacts Arab national security.
In an effort to contribute to thorough academic analysis of the issue, this book begins with the historical context, charting the course of developments in warfare. The first chapter examines previous generations of warfare, recognizing the evolutionary nature of conflict, before considering the development of 4GW. In the second chapter, the author introduces defining factors of 4GW, in addition to the key strategies involved in its implementation, drawing on the work of a number of international experts. In the interests of academic balance, the chapter also addresses criticisms from those who question the validity of 4GW as a concept. Chapter Three discusses various definitions and concepts of national security, before considering 4GW’s impact on national security. The final chapter defines the strategies underpinning 4GW, offering a detailed examination of the concepts within a real-world context. It then suggests approaches that states can take to best assess and respond to the threat posed by 4GW. Taken together, these elements offer an approach that is both academic and practical in confronting Fourth-generation Warfare.
The author also stresses that, in his analysis, he has strived to present a broad spectrum of ideas and opinions, in order to ensure readers have adequate opportunity to come to their own conclusions.

About the Author
Maj. Gen. Staff Pilot (Ret.) Hisham Mohammad Imam Al-Halabi is an advisor at the Nasser Higher Military Academy (NHMA) in Giza. He currently serves as a member of the Board of Directors, and a member of the advisory board at the Middle East Research and Future Studies Center at Ain Shams University in Cairo. He is also a member of the Egyptian Council for Foreign Affairs (ECFA) and the Egyptian United Nations Association.
Maj. Gen. Al-Halabi lectures on a variety of topics at Nasser Higher Military Academy, including national security, and the changing nature of warfare. He also lectures at a number of Egyptian universities and institutes.