The book examines the impact of the hostility between India and Pakistan on the war in Afghanistan. The author notes that most observers in the West view the Afghanistan conflict as a battle between the US and its allies on the one hand, and Al-Qaeda and the Taliban on the other. However, this has long since ceased to be the case, with Western forces instead caught up in a complex war shaped by two pre-existing and overlapping conflicts: one local and the other regional.

Within Afghanistan, the war is seen as a Pashtun rebellion against President Hamid Karzai, whose government has empowered three other ethnic groups—the Tajiks, Uzbeks and Hazaras of the north—to a degree that the Pashtuns resent. By aligning with the Tajiks of the northern provinces against the Pashtuns of the south, the US aimed to make common cause with the forces of secularism against militant Islam. However, the Pashtuns had held sway in Afghan politics since the state assumed its current borders in the 1860s, and the US was in fact unwittingly taking sides in a complex civil war that began in the 1970s. The Pashtuns feel oppressed by their ancestral enemies, and many support, or at least feel some residual sympathies for the Taliban, as a result.

Beyond this indigenous conflict looms the much more dangerous hostility between India and Pakistan, the region’s only nuclear powers, whose rivalry has led to three wars since 1947. Both are now fighting for influence over Afghanistan. Compared to these prolonged and deadly conflicts, the US and its allies under the NATO-led International Security Assistance Force (ISAF), are now playing little more than a bit part—and they, unlike India and Pakistan, are heading for the exit.

India and Pakistan last went to war in 1971, prior to the development of nuclear weapons by both states. In 1999, their rivalry risked a nuclear escalation when Pakistani troops crossed a ceasefire line and occupied a large area of Indian Kashmir up to the Himalayan border. As tensions rose, Pakistan readied its nuclear arsenal, while US President Bill Clinton tried to mediate a solution. During intense negotiations in Washington, he persuaded the Pakistani Prime Minister Nawaz Sharif to pullback his forces to the Pakistani side of the line, a concession that cost Nawaz his job, and very nearly his life.

The long-running hostility between Pakistan and India prompted Pakistani military planners in the 1970s to develop a doctrine of “strategic depth” in relation to Afghanistan, which was intended to prevent encirclement by India and the Soviet Union, and provide a secure refuge from which to launch a counter-attack in the event of an invasion by India. The porous border with Afghanistan offers a route by which Pakistani leaders, troops and its nuclear weapons could retreat. For the strategy to work, the Afghan government had to remain a close ally of Pakistan, willing to assist in a conflict with India. The fiercely anti-Indian Taliban proved a perfect partner, and received arms and financial assistance from Pakistan, while the West viewed the regime as medieval and barbaric.

When the US ousted the Taliban in response to the 9/11 attacks, Pakistan faced a major strategic setback, as the new government of Afghanistan became an ally of India. Afghan President Hamid Karzai had a strong emotional bond with India, having attended university in the Himalayan city of Simla, while he viewed Pakistan with hostility. He believed Pakistan’s Inter-Services Intelligence helped assassinate his father in 1999. India seized the opportunity to increase its political and economic influence in Afghanistan. It re-opened its embassy in Kabul, as well as four regional consulates, and provided $1.5 billion in reconstruction assistance, promising an additional $500 million.

India remains a key security threat for the Pakistani military, which has relied on ‘asymmetric warfare’, such as jihadi fighters, to counter Indian dominance. The US dissuaded India from sending troops into Afghanistan, or providing military supplies, but Pakistan remains concerned by India’s growing influence in the region, especially given its suspicions that India is using its Afghan consulates to foment insurgency in the Pakistani Baluchistan.

The prospect of continued clashes between India and Pakistan in, and over, Afghanistan following a US withdrawal is dangerous for the region, and the world. This is particularly the case given Pakistan’s development of tactical nuclear weapons for use on the battlefield, such as the Hatf IX missile, with a range of just under 40 miles. Other small, low-yield nuclear devices are reportedly in development, such as landmines, capable of destroying large Indian tank formations moving into Pakistani territory.

Much will depend on India’s next steps. It is unclear whether its government will choose to play an enhanced role in Afghanistan following the departure of US troops. Some Indian hawks, in the army and the Ministry of External Affairs, feel it could fill the security vacuum left by a US withdrawal. This would advance its regional interests, counter Chinese influence in Afghanistan, and thwart Pakistan’s ambitions at the same time. Others in New Delhi argue that antagonizing Islamabad further risks Pakistan providing unprecedented support for the Taliban, which would be dangerous for all three countries.

About the Author: William Dalrymple is a British historian and author, specializing in India, the Middle East, Islam and Eastern Christianity.

Publisher: Emirates Center for Strategic Studies and Research [In Arabic]
Year of Publication: 2014 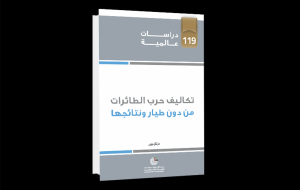