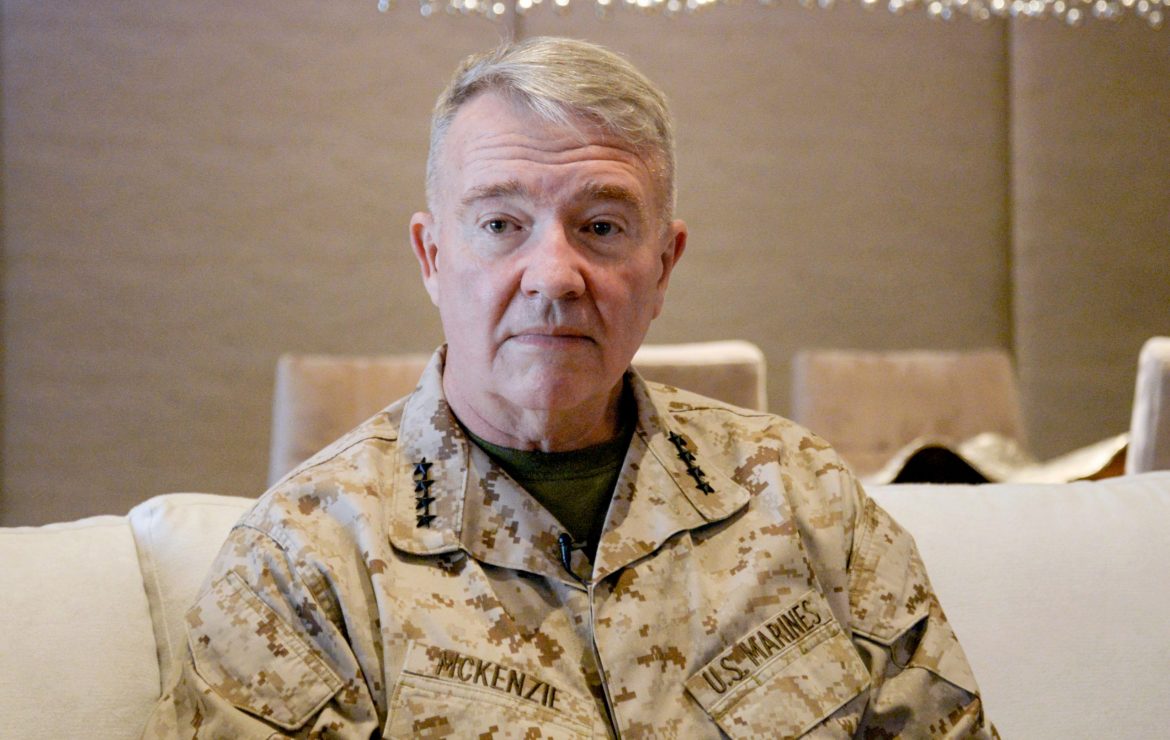 The UAE’s air defence system has been very effective to thwart recent missile attacks on the country; still, the United States will work with the UAE to further improve the system, a top US military commander told the Emirates News Agency (WAM) on Monday.

General Kenneth F. McKenzie, Commander of the US Central Command (CENTCOM), added in an exclusive interview that the US is working with the UAE and other regional and global partners to develop more effective solutions to stop drone attacks, even before they are launched.

“We are happy to see that THAAD [the US-built Terminal High Altitude Area Defence system] employed successfully by UAE in the first two combat employments of that system. So, that’s been very good, and I know that it sends a strong message of reassurance to everyone in UAE. We will continue to work with UAE to make that system even better in the future,” said General McKenzie, who is on an official visit to the UAE.

His visit comes in the wake of terrorist attacks by the Houthi militia against civilian targets in the UAE. The UAE’s Ministry of Defence (MoD) had announced in January that its air defence forces had intercepted and destroyed missiles launched by the Houthi terrorist group.

On 2nd February, the ministry said it had intercepted and destroyed three “hostile” drones that penetrated the UAE’s airspace.

General McKenzie, who oversees the US forces in the Middle East, added, “We are working with our partners here in the region and with the industry back in the United States to develop solutions that would work against drones. We would like to work against drones what we call ‘Left of Launch,’ [which means] before they can be launched.”

Such a system will be able to detect the launch of drones, see them and disrupt their flight.

“And if you can’t do that, you will certainly be able to shoot them down as they reach their intended target,” he explained.

“In all of those areas we’re working with our friends internationally as well as with industries in the United States to become more effective at that.”

He emphasised that he finds his visit “a great opportunity to assure the United Arab Emirates about the continued friendship and support of the United States of America.”

Although the attacks on the UAE are very concerning to the US, “I think the UAE has one of the most professional militaries in the region. They’re very well-led, and I think the UAE is a very safe and secure place,” the commander stressed.

Immediate US military support to UAE

“Even as the UAE has come under attack, the United States has moved quickly and swiftly to help an old friend. We brought a destroyer in a guided-missile destroyer, the USS Cole, which has ballistic missile defence capabilities. It will patrol the waters of the UAE, working closely with UAE air defenders to protect their nation,” he affirmed.

“And then additionally, over the next week or so, we’re going to bring in a squadron of F-22 fighter jets, the best air superiority fighters in the world. They will also work with their UAE partners to help defend the nation. So, we think this is just one friend helping another in a time of crisis.”

Asked about the US Government reports considering re-designating Houthis as a terrorist organisation and the possible impact of such a move, Gen. McKenzie replied, “I would leave the questions about designating the Houthis to the diplomats. But I would tell you this – the Houthis are behaving in a reckless and irresponsible manner as they attacked the UAE and they have continued to attack the Kingdom of Saudi Arabia.”

About the killing of Daesh leader Abu Ibrahim al-Hashimi al-Qurayshi during a US counterterrorism raid in northwest Syria on Wednesday, McKenzie said, “I think taking the international leader of ISIS [or Deash] off the table makes it hard for them to coordinate their activities across the globe. And certainly, while regional aspects of ISIS will remain, it will be harder for them to coordinate their activities across continents.”

Asked whether the threat of Daesh forming a global network has been thwarted with his killing, he answered, “No, I do not believe it has been done away with. I think that threat will be with us for a long time. Our goal of encountering this threat is not to have a bloodless or a nonviolent future, because tragically, I don’t think that’s going to be a possible outcome.”

The CENTCOM Commander explained that the US wants to contain the threat of Daesh “locally and regionally” so that its security forces could “deal with them on the spot rather than allowing them to coordinate across the globe, and mount large, spectacular attacks.”

The US is watching Afghanistan very closely, McKenzie said.

The US’ concern related to Afghanistan is mostly the ability of Daesh Khorasan, a regional affiliate, and Al Qaeda to mount large attacks against the US and its allies. “That’s what we’re looking at when we look into Afghanistan. That’s the principal concern that we have right now.”

McKenzie was promoted to his current rank and assumed command of US Central Command in March 2019. In July 2017, he was named Director, Joint Staff. In October 2015, he was assigned to the Joint Staff to serve as Director, J-5, Strategic Plans and Policy, Joint Staff.

Earlier, he was promoted to lieutenant general and assumed command of U.S. Marine Corps Forces, Central Command, in June 2014.