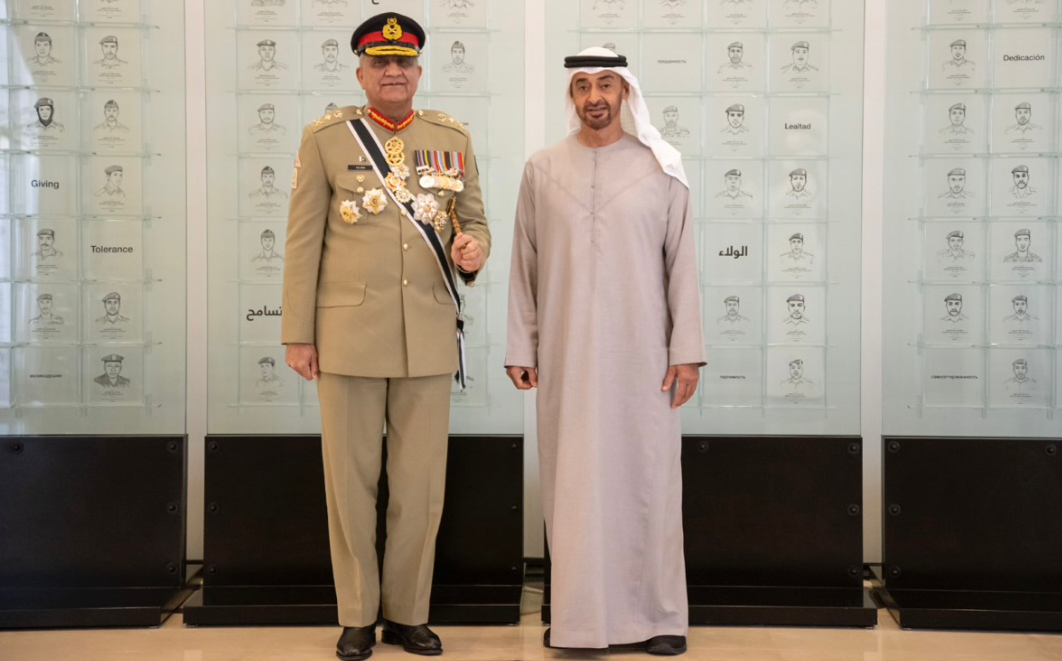 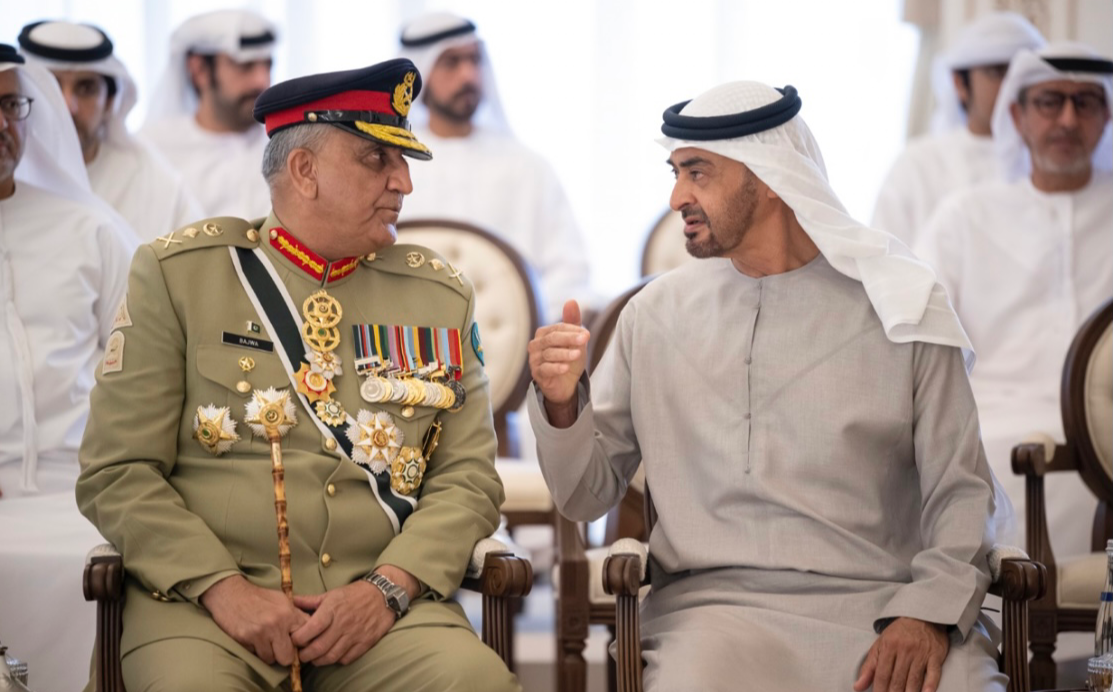 His Highness Sheikh Mohamed bin Zayed presented the Order of the Union, the second highest honour awarded by UAE to senior officials of brotherly and friendly countries, to the Pakistani top brass in recognition of his distinguished efforts in strengthening UAE-Pakistan’s ties and his role in consolidating bilateral cooperation between the two friendly countries. 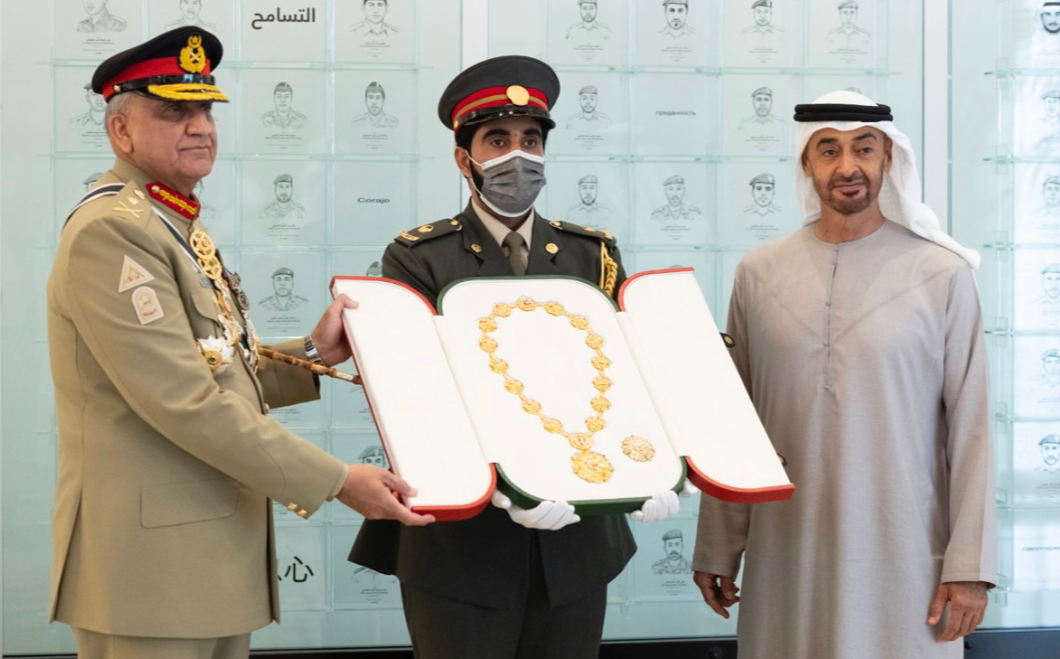 His Highness Sheikh Mohamed bin Zayed affirmed the depth of the longstanding relations between the UAE and Pakistan and the mutual keenness to continue strengthening them at various levels.

He appreciated, in this context, the sincere efforts made by General Bajwa to develop prospects for cooperation and joint work between the two countries for the best interest of their two friendly peoples. 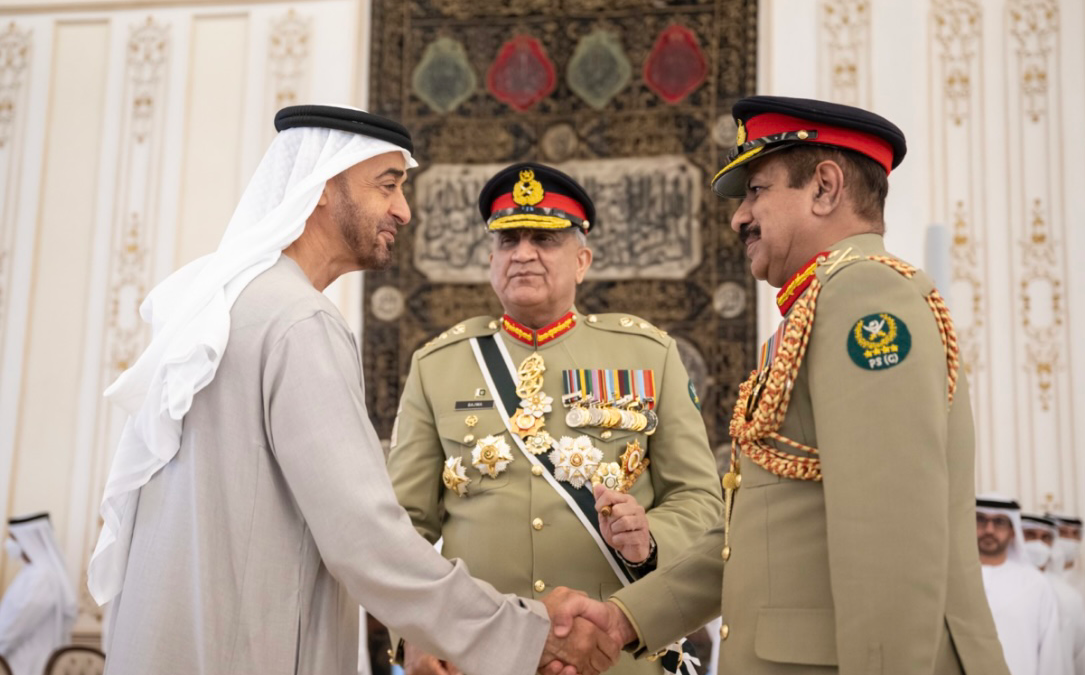 For his part, General Bajwa expressed his thanks and appreciation to the President of the UAE and his pride in this honour, which reflects the strength of the friendly relations that unite the two countries, pointing out that his country is keen to develop and advance its fruitful cooperation with the UAE to serve the peoples of the two countries. 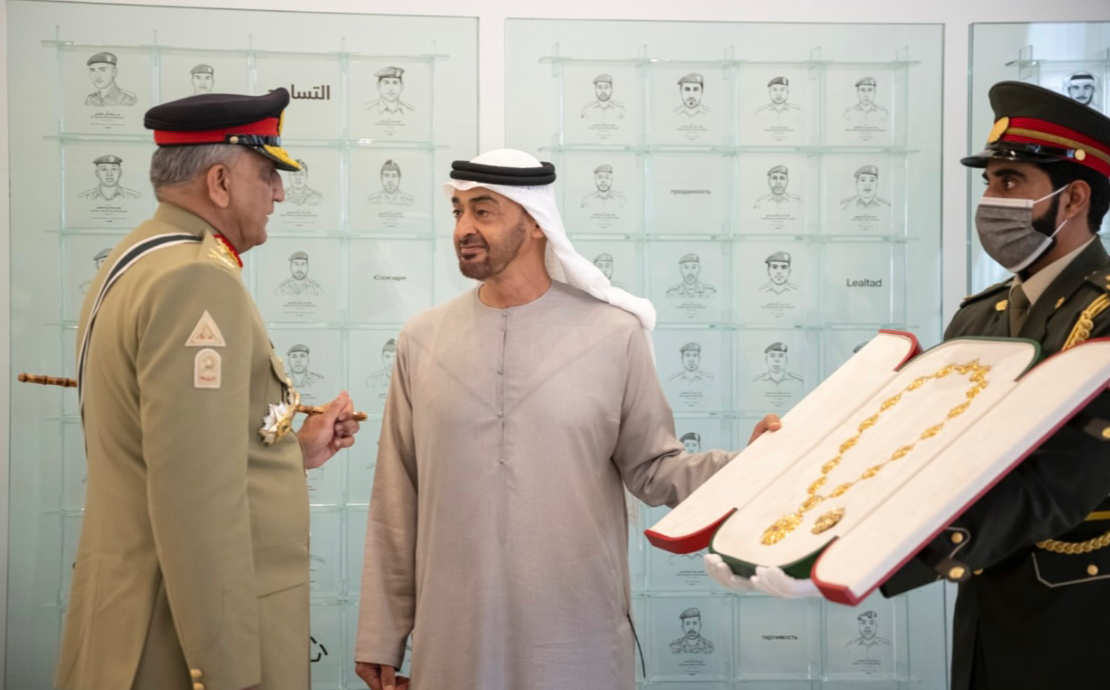