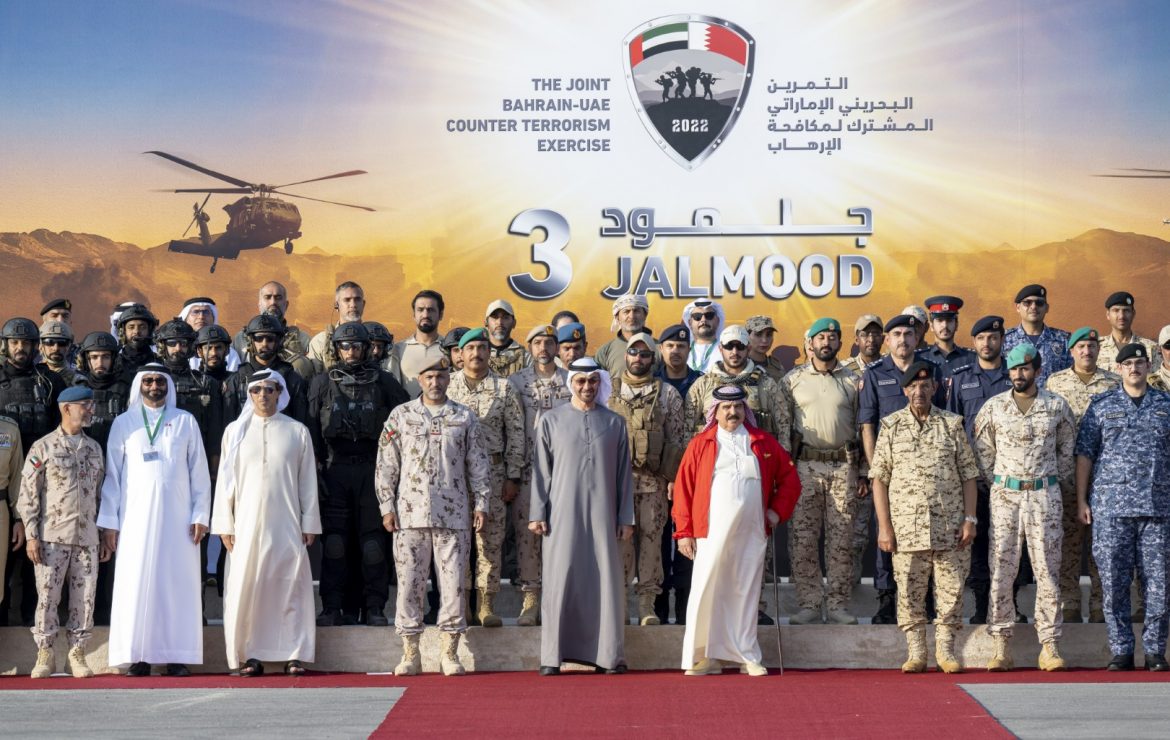 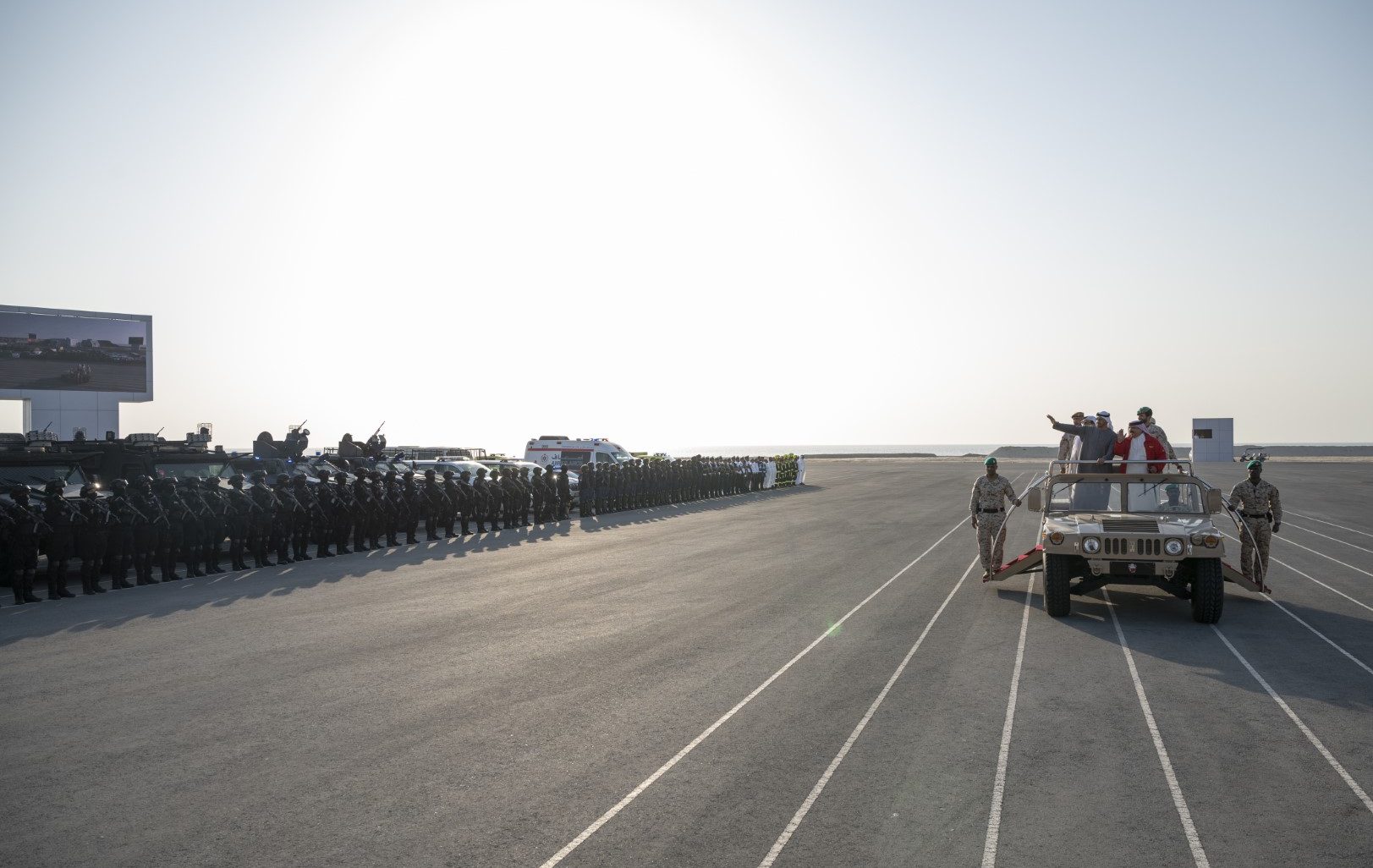 The three day exercise involved the participation of the UAE Armed Forces and the Royal Guard, a unit of the Bahrain Defence Force, as well as several other units from the defence force and Bahrain’s Ministry of Interior and National Security Agency, as part of the close cooperation between the two countries. 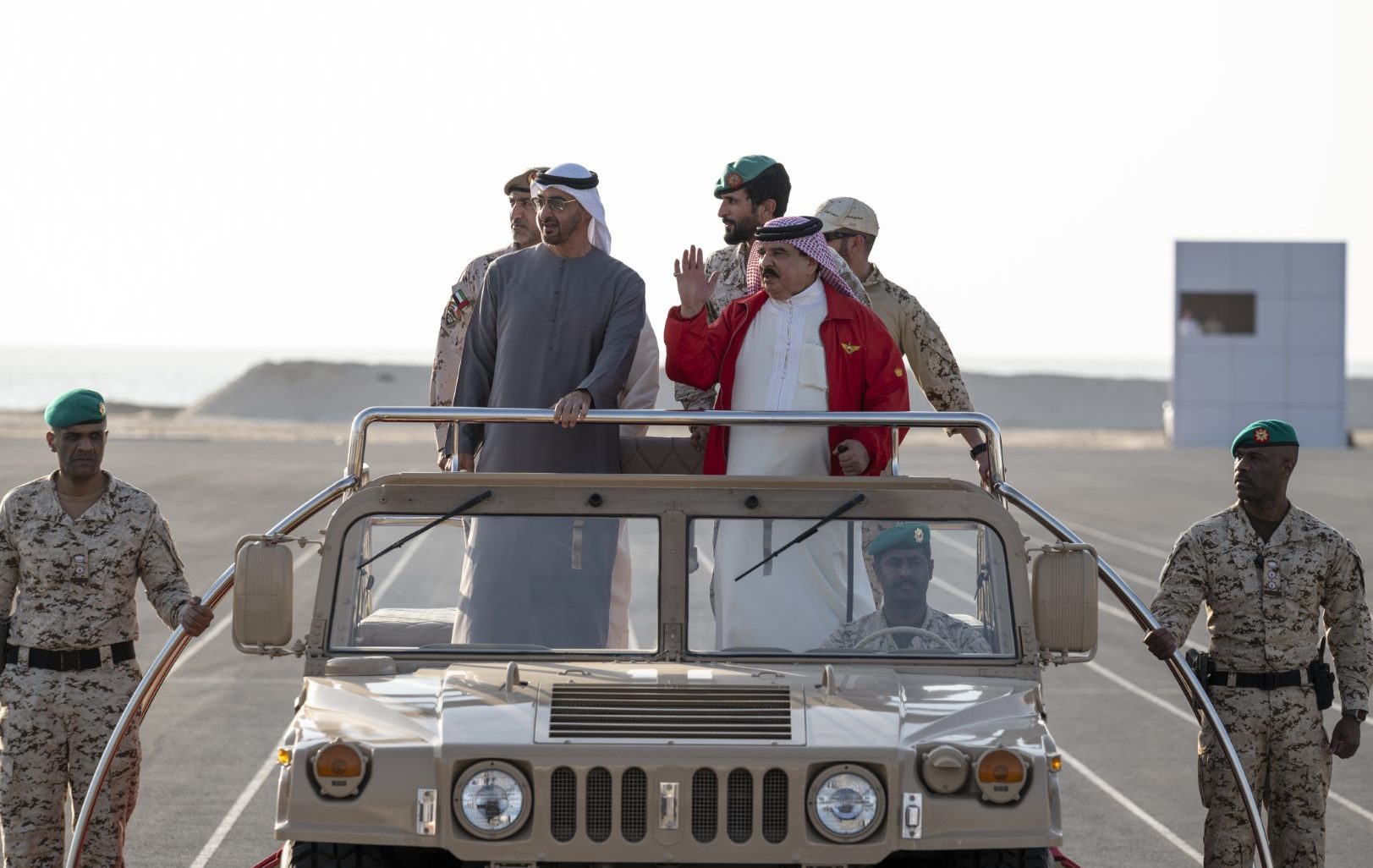 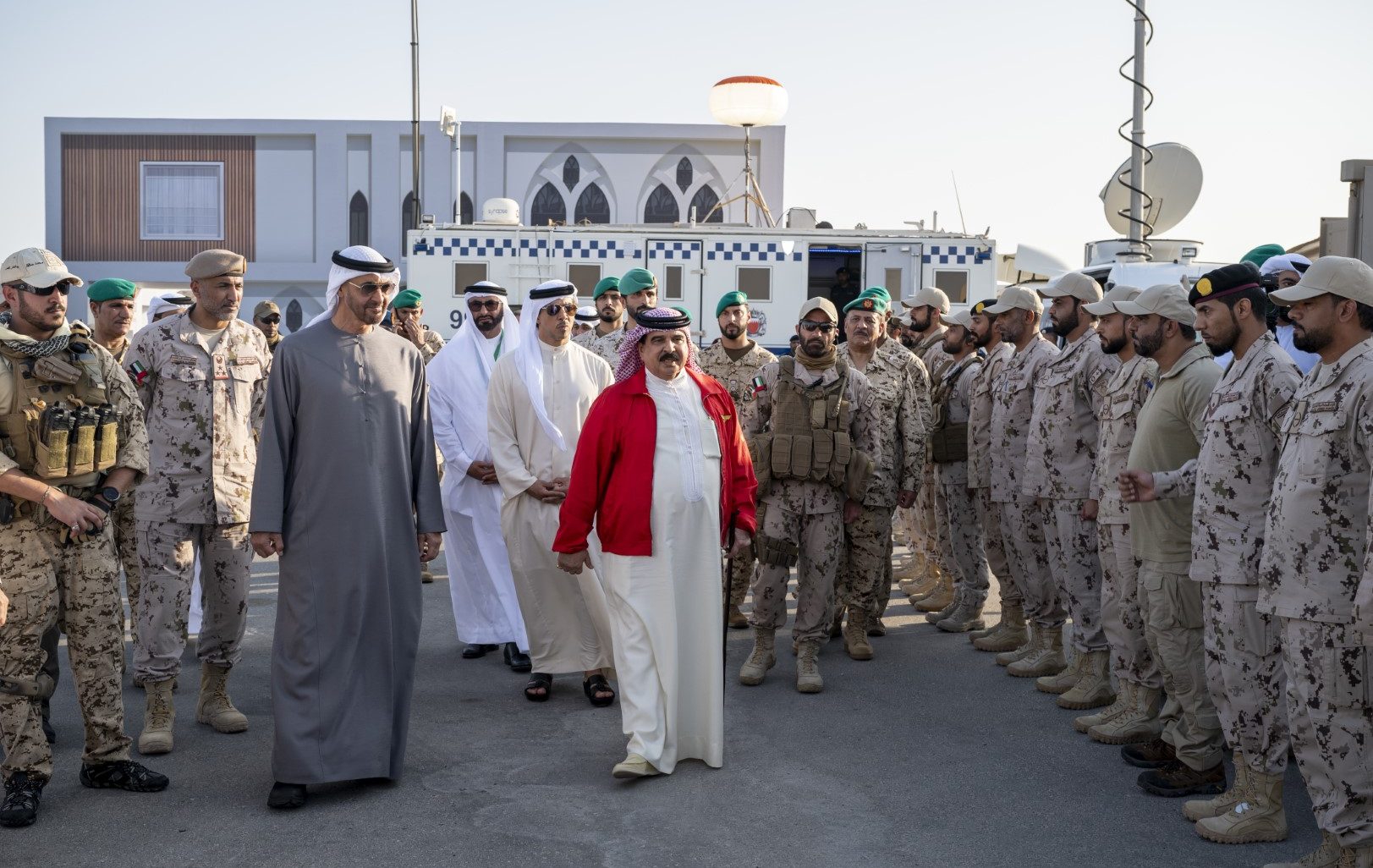 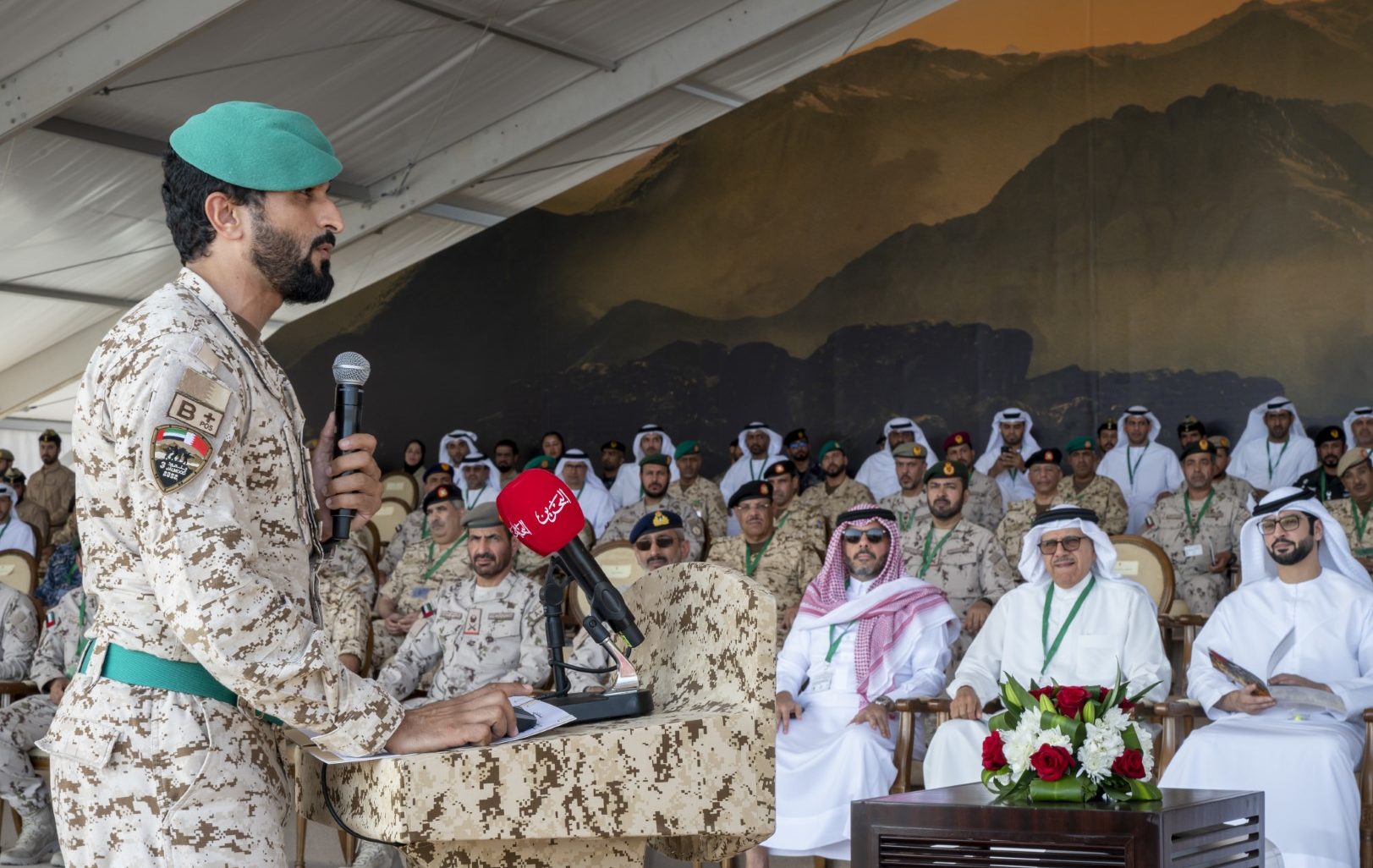 Before the exercise, the two countries agreed to a Memorandum of Understanding (MoU), which was signed by Lt. General Eng. Issa Saif bin Ablan Al Mazrouei, Deputy Chief of Staff of the UAE Armed Forces, and Major General Sheikh Nasser bin Hamad, who presented the exercise, its phases and its objectives. 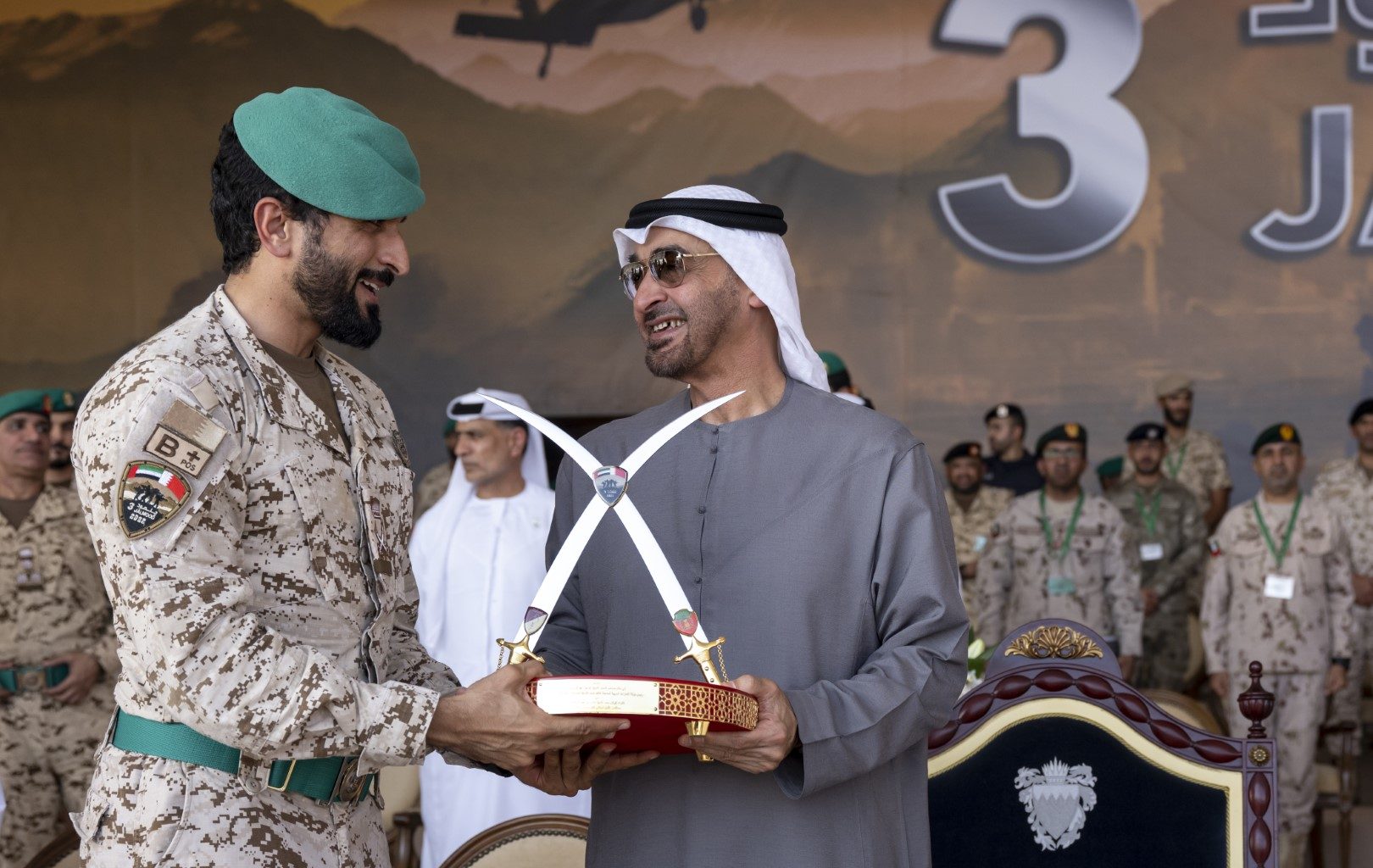 The President His Highness Sheikh Mohamed expressed his happiness at attending the exercise, which highlighted the skills and abilities of its participants. 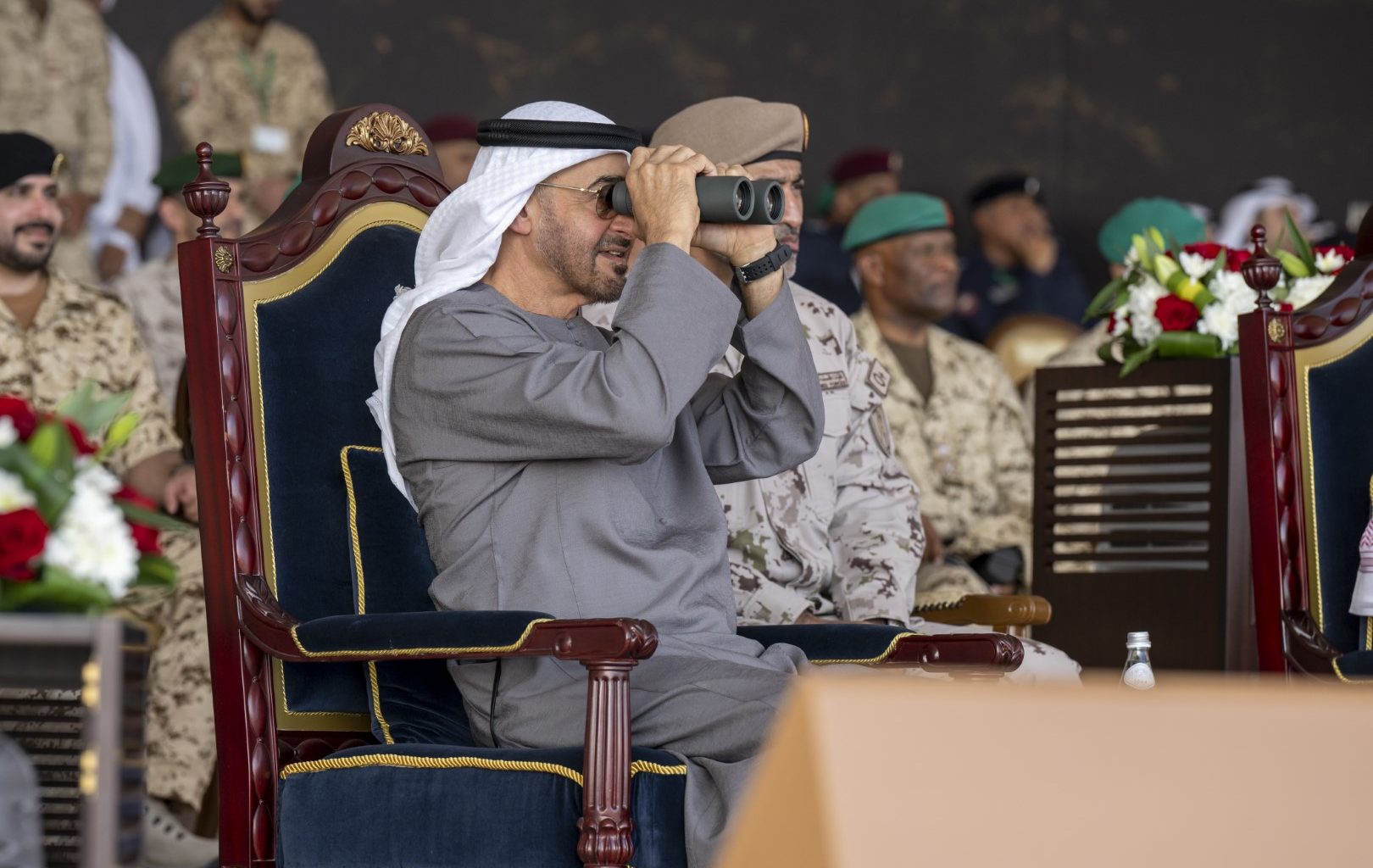 His Majesty King Hamad welcomed the attendance of the President His Highness Sheikh Mohamed at the exercise, praising the efforts of everyone involved to ensure its success. 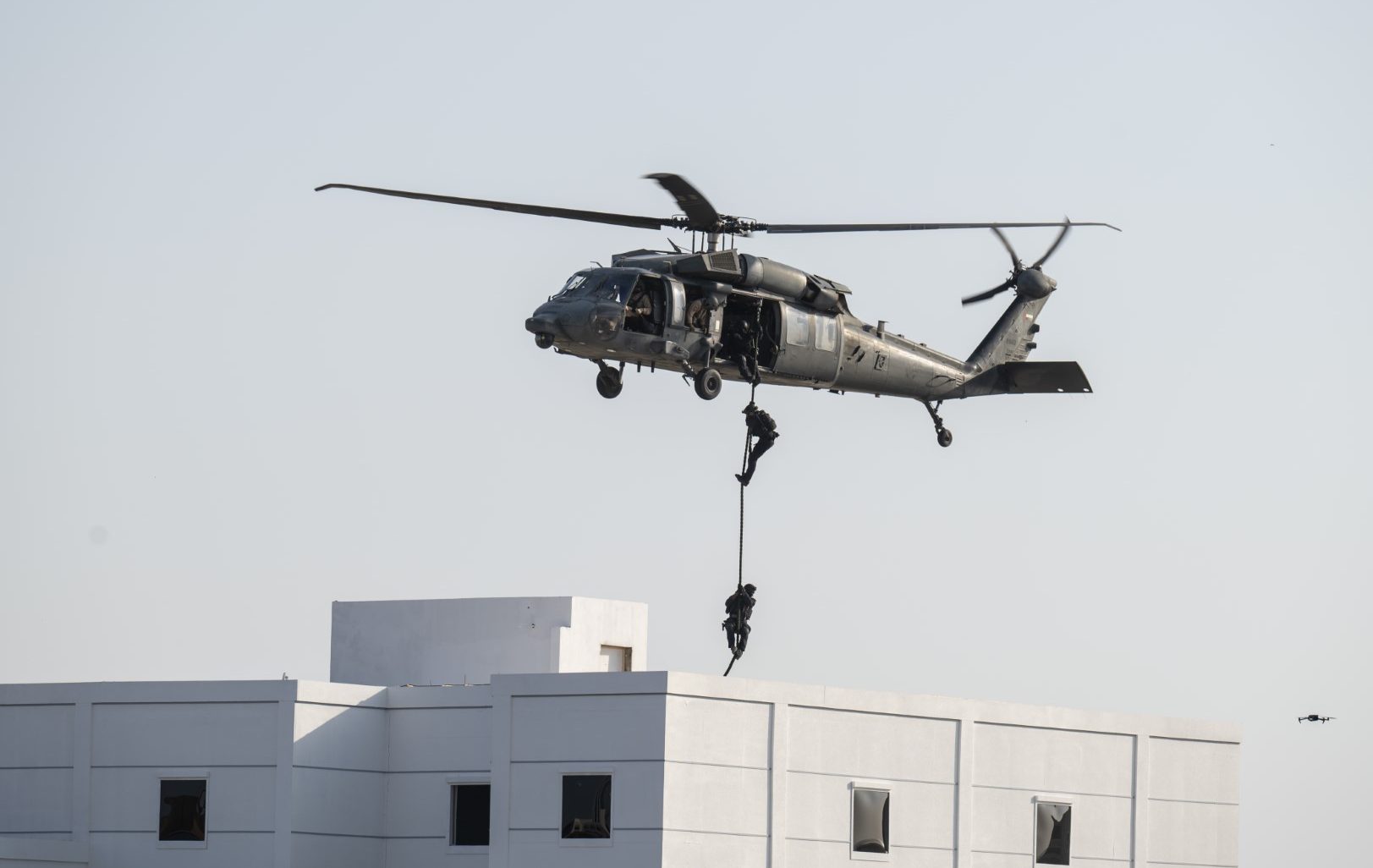 “We are delighted to welcome the valiant UAE Armed Forces in their second home, Bahrain, and among their brothers during the exercise, which confirms the close historical ties between the two friendly countries,” he said. 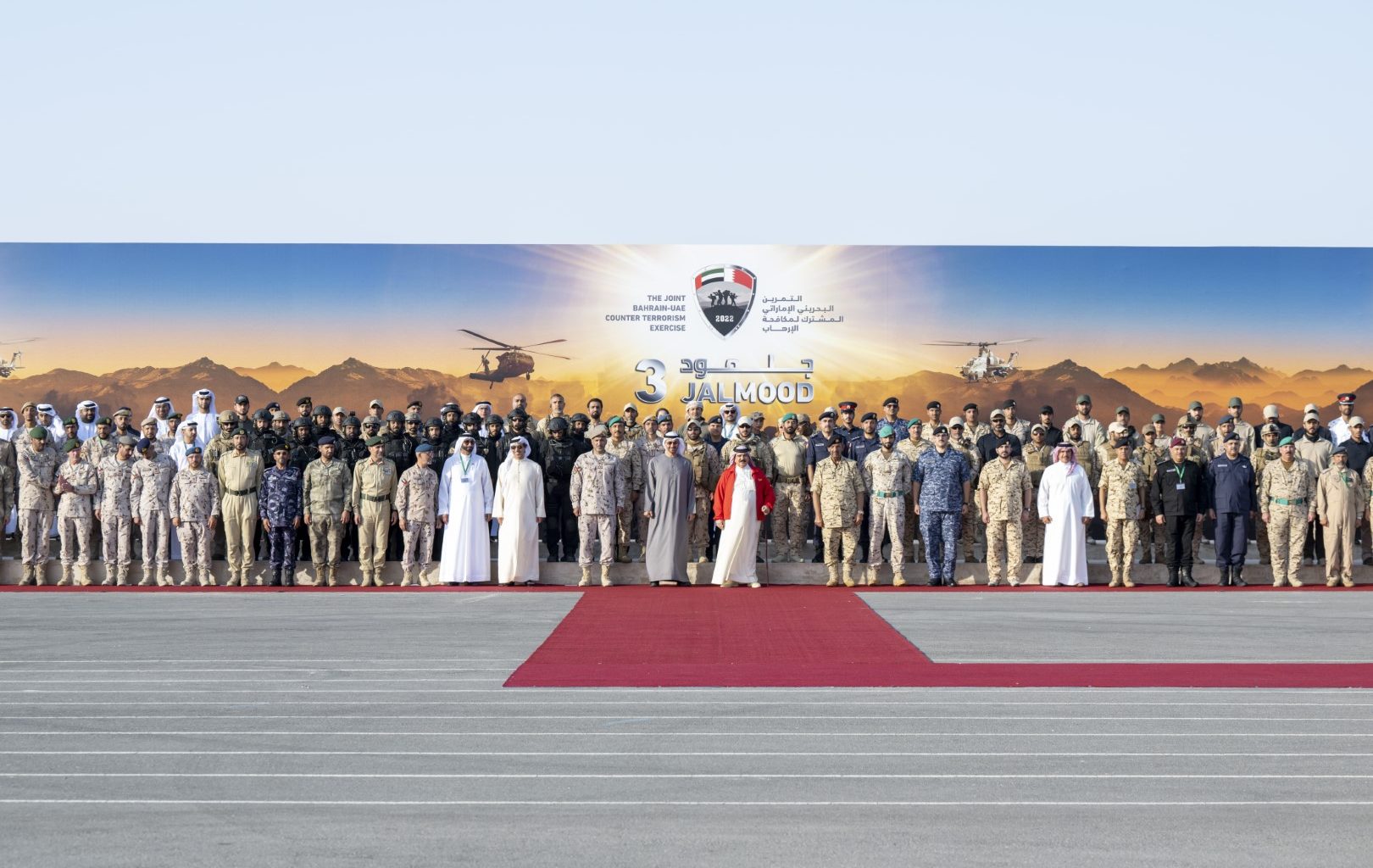 Following the event, an official photo of the participants with President His Highness Sheikh Mohamed and His Majesty King Hamad was taken.