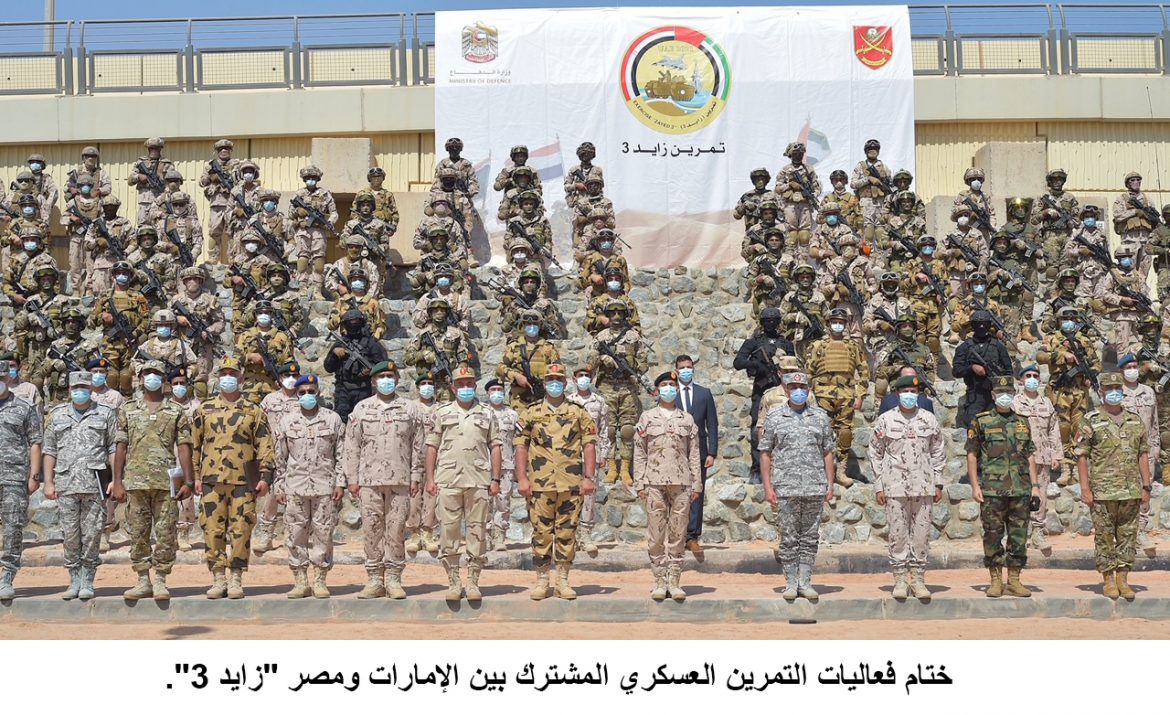 Major General Saeed Al Shehhi, Deputy Commander of the UAE Land Forces, and Lt. General Mohamed Abbas Helmy, Commander of the Egyptian Air Force, attended the closing ceremony of the Zayed 3 joint military exercise held in the UAE, with the participation of the land forces of the UAE Armed Forces and the Special Forces of the Egyptian Armed Forces.

The joint exercise was carried out amidst the extraordinary conditions caused by the COVID-19 pandemic. However, all national institutions were able to recover and gradually return to normalcy.

Under this framework, the UAE Armed Forces organised the joint exercise, in line with the highest international health standards.

The exercise also highlighted the level of field and combat skills of the joint forces, as well as their coordination and cooperation, and enhanced their readiness and capacities to carry out various military tasks using advanced weapons, along with the latest military tactics and plans.

The exercise achieved its pre-set objectives, and both the Egyptian and Emirati forces successfully performed their duties. Emirati Armed Forces recruits demonstrated their ability to use the latest technologies and weapons.

Major General Al Shehhi commended the level of professionalism throughout the exercise.