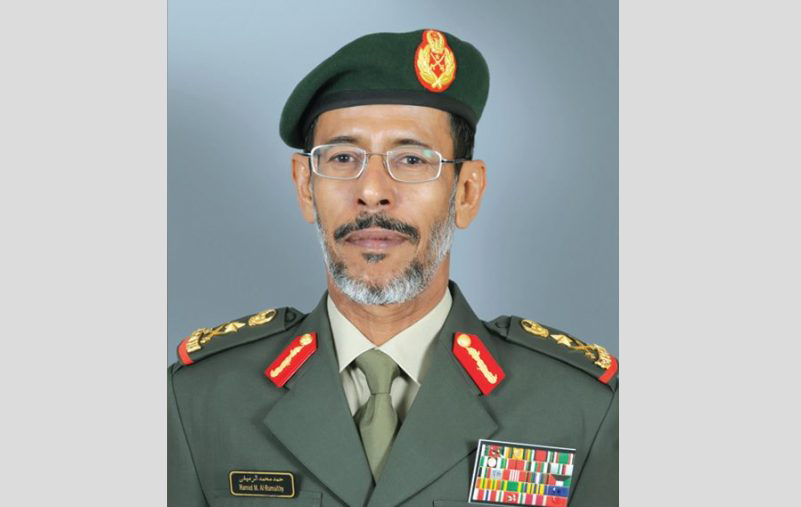 He made this statement , on the 45th anniversary of the Armed Forces Unification Day.

The full text of the statement  is as follows:

The UAE is celebrating a glorious national occasion, the 45th anniversary of the Armed Forces Unification Day. On 6th May, 1976, the Founding Leaders agreed to unify our Armed Forces under one flag and one goal, to strengthen the foundations of the Union and begin a new era of construction and development.

This year, the Armed Forces Unification Day celebrations coincide with the Golden Jubilee of our precious country and highlights our achievements and successes over the past fifty years. The Armed Forces played a key role in these achievements, being the foundation of the sustainable and comprehensive development process, as well as the nation’s shield and the protector of its gains and capabilities, always remaining the source of its strength in the coming centuries.

Throughout all phases of their development, the Armed Forces presented an honourable image of the UAE globally, through its operations and humanitarian and peacekeeping missions in many regions around the world. The UAE Armed Forces received widespread international recognition, not only for their leading professional performance and capacities but also for their civilised practices and behaviour that underscore the true and traditional Emirati values.

Our Armed Forces are aware of the nature of transformations that occurred in the world since the outbreak of the COVID-19 pandemic, which changed many international security, economic and defence priorities. The Armed Forces adapted to these new realities, by revising and modernising their general strategy, reinforcing the country’s national security and maintaining their ability to address challenges and threats.

The honourable image presented by our Armed Forces 45 years after their unification, the growing international confidence and recognition they receive, and their valuable contributions to achieving regional and global peace and security are the outcomes of the unlimited support of our leadership, led by President His Highness Sheikh Khalifa bin Zayed Al Nahyan, Supreme Commander of the UAE Armed Forces, who also assisted development and supplied them with advanced weapons, enabling them to match the best armies from around the world in joint operations aimed at establishing global peace and security.

On this day, we proudly commemorate the wisdom of the late Sheikh Zayed bin Sultan Al Nahyan and the Rulers of the emirates who decided to unify the Armed Forces. This pivotal decision, which strengthened the foundations of the Union and created an environment of safety and security, established the process of comprehensive national development. We are also proud to commemorate the sacrifices of the officers and soldiers of the Armed Forces on the battlefields, and we pray to Allah Almighty to grant them mercy.