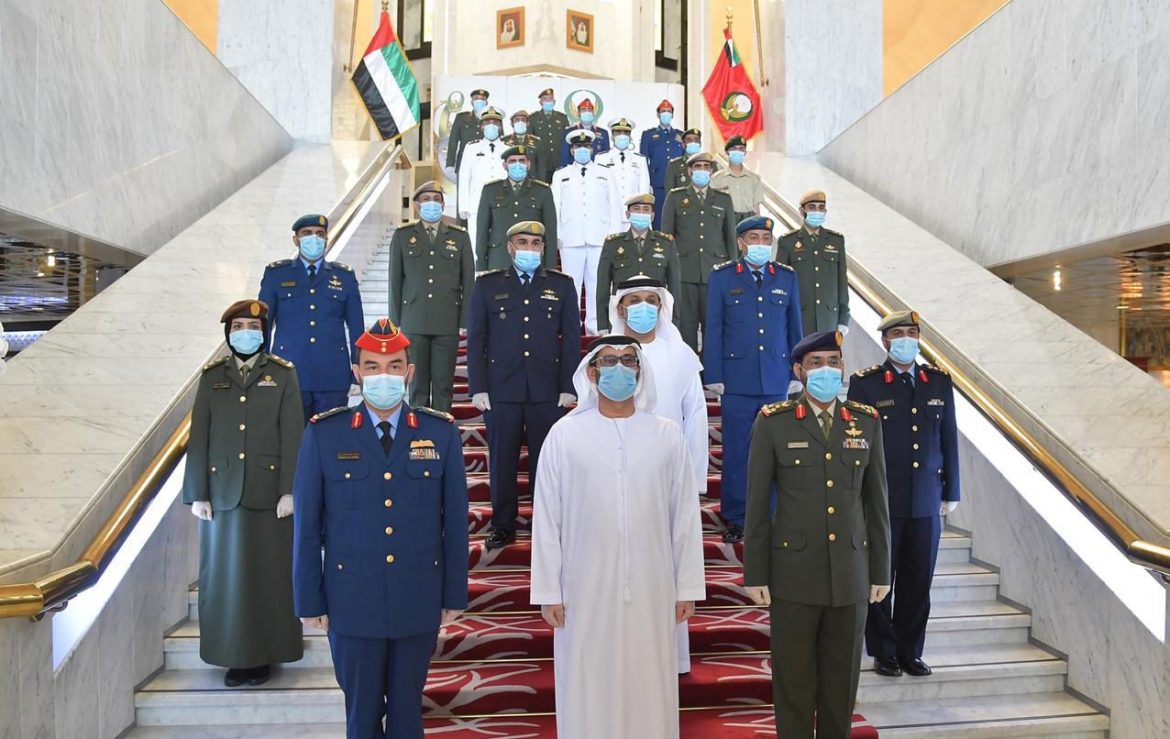 ABU DHABI, 16th July, 2020 — The UAE Armed Forces honoured several officers, soldiers and recruits of the National Service, both male and female, from different specialisations who are the winners of the third edition of the UAE Armed Forces Excellence and Innovation Award.

The honouring took place during a ceremony held today at the Armed Forces Officers Club, under the patronage of Hussain bin Ibrahim Al Hammadi, Minister of Education, and several senior Armed Forces officers.

During the event, Al Hammadi said that the award reflects the keenness of the UAE’s leadership to encourage its officers and recruits to preserve national achievements and support the country’s progress and development.

He added that the award can be given to representatives of all national institutions, to improve the overall performance, reinforcing the culture of excellence among workers and motivating them to be competitive, which will positively affect the working environment.

He also urged the winners to keep working hard and wished them luck and success.

At the start of the event, Brigadier Dr. Eng. Mubarak Saeed bin Ghafan Al Jabri, Head of Communications and Information Technology at the UAE Armed Forces and Chairman of the Award’s Supreme Committee, delivered a speech, stating, “We are living in a rapidly-changing world, in which the UAE is progressing in a race against time to achieve the hopes of its leadership and people and turn dreams into reality.”

“Today, we are gathering to honour a new group of Armed Forces recruits for their excellence and innovation during the exceptional conditions facing the entire world. The UAE is continuing its success despite the circumstances, through the launch of the Hope Probe mission to Mars, which has proved the capacities and skills of the Emirati youth,” he further added.

The audience then watched a documentary about the award, and Al Hammadi and Al Jabri honoured the winners and the award’s strategic partners.