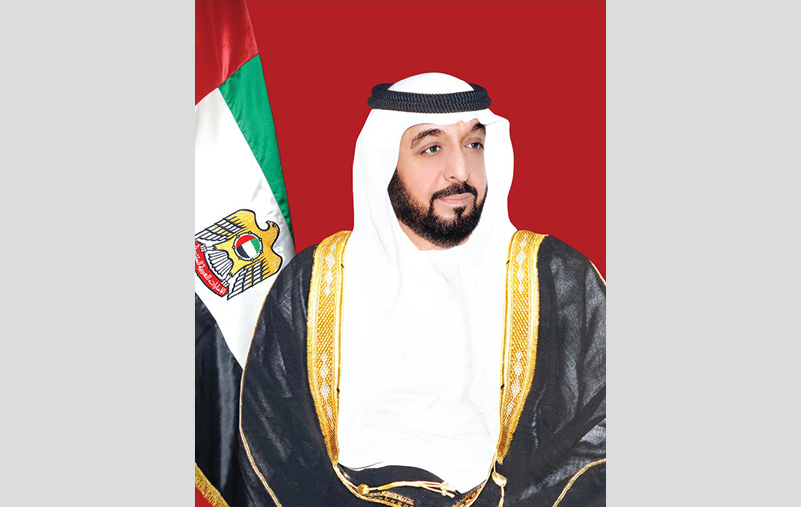 In a statement to mark the 45th anniversary of the Armed Forces Unification Day His Highness Sheikh Khalifa bin Zayed paid tribute to the officers and soldiers “who have contributed, with loyalty and devotion, to establishing the foundations of our Armed Forces.”

The full text of the President’s statement follows:

My sons, the officers and soldiers of our gallant Armed Forces, peace be upon you.

On the 45th anniversary of our Armed Forces Unification Day, we salute you with much appreciation, as you are performing your duties with efficiency, capacity and devotion in creating a military force that can defend the country, its gains and capabilities and build the federal union, whose Golden Jubilee will be celebrated by end of this year.

The decision to unify the Armed Forces under one flag and one central leadership was a wise one and underscored the vision of our Founding Fathers to establish the foundations of a strong federal nation capable of maintaining its security and defending its interests. The Armed Forces have reached an advanced stature and a high level of readiness while being recognised for their local and global achievements, which were all the outcomes of a development plan adopted by the late Sheikh Zayed bin Sultan Al Nahyan and continued by my brothers, His Highness Sheikh Mohammed bin Rashid Al Maktoum, Vice President, Prime Minister and Ruler of Dubai; His Highness Sheikh Mohamed bin Zayed Al Nahyan, Crown Prince of Abu Dhabi and Deputy Supreme Commander of the UAE Armed Forces; and Their Highnesses Supreme Council Members and Rulers of the Emirates.

Emirati citizens and the nation’s defenders, this year, the 45th anniversary of the unification of our Armed Forces, coincides with a new era as the country is foreseeing new horizons and establishing a new comprehensive development goal for the next 50 years, through proactive long-term plans and visions.

Since its establishment in 1976, the military has been a key driver of the national development process and has defended the country and created a safe environment for maintaining this process. Over the past 45 years, our Armed Forces have trained the Emirati youth, promoted the values of patriotism, loyalty and sacrifice, and reinforced the national identity among them.

Emirati citizens, on this glorious day, we salute our officers and soldiers who have contributed, with loyalty and devotion, to establishing the foundations of our Armed Forces. I pray to Allah Almighty to have mercy upon those who have passed away and grant those who are still among us health and wellness. A special salutation to Emirati women, who are performing their roles and duties with devotion and efficiency in all areas of work as key partners in the education process. We solemnly commemorate our martyrs who passed away while defending the country, its gains and capabilities.

Our Armed Forces are the nation’s shield and protector of its gains. Supporting and advancing the Armed Forces and defence industries remain a strategic priority.

May Allah Almighty protect you for our nation and protect our nation for you. Peace be upon you.