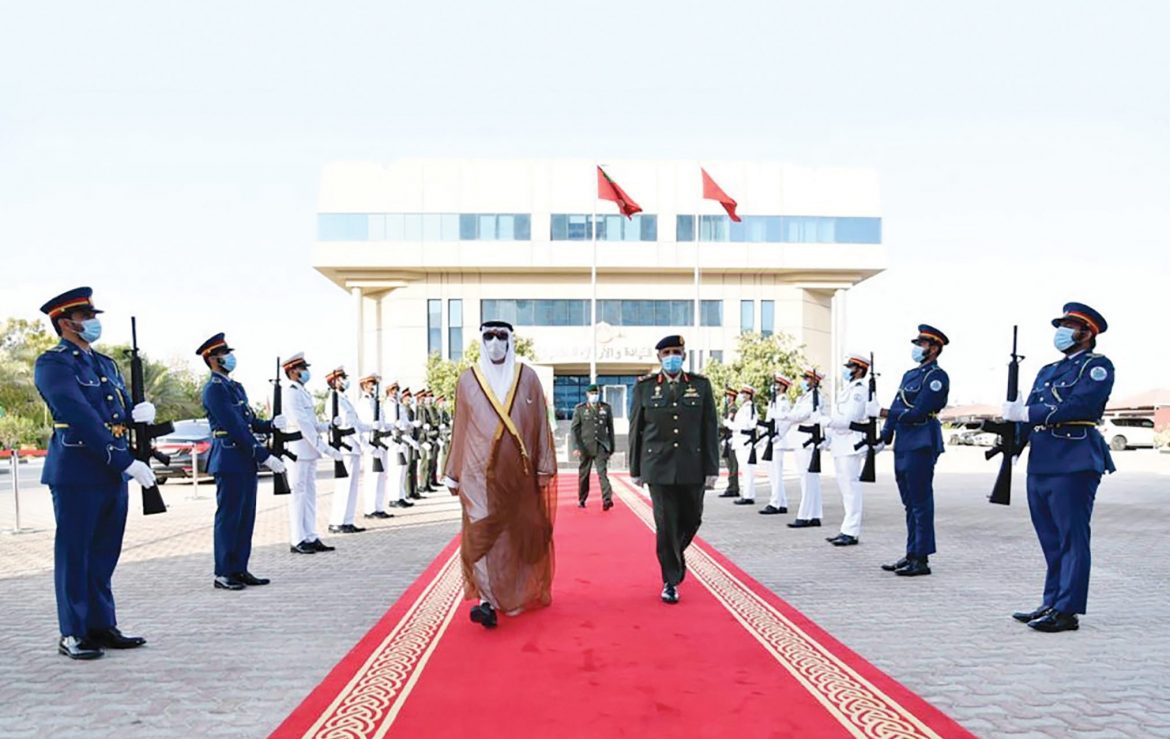 The event, which took place at the Joint Command and Staff College, JCSC, in line with the precautionary and preventive measures to combat the spread of coronavirus, COVD-19, was attended by Lt. General Eng. Issa Saif bin Ablan Al Mazrouei, Deputy Chief of Staff of the Armed Forces, and several senior armed forces officers.

Major General Juma Obaid Al Kaabi, Commander of the JCSC, said, “Today, we are celebrating a new achievement. The war course aims to address the future, in light of new challenges and risks, where new types of wars will take place and combat operations shall witness changes.”

Al Bowardi, along with Major General Al Kaabi, distributed certificates and awards to the graduates, stating, “I am honoured to participate in the graduation ceremony of the first batch of graduates of the war course in the UAE, which aims to reinforce the capacities of our future armed forces commanders, in implementation of a wider strategy and to utilise the necessary resources, enabling our entire armed forces to preserve our national security.”

“This occasion is taking place during the exceptional conditions witnessed by our region and rapid regional and international challenges. As you know, our leadership has adopted a clear approach, and due to the continuous directives and monitoring of His Highness Sheikh Mohamed bin Zayed Al Nahyan, Crown Prince of Abu Dhabi and Deputy Supreme Commander of the UAE Armed Forces, to develop the UAE Armed Forces, it has become the military force of an advanced country, which supports friendly countries and counters terrorism as part of international legitimacy,” he added.