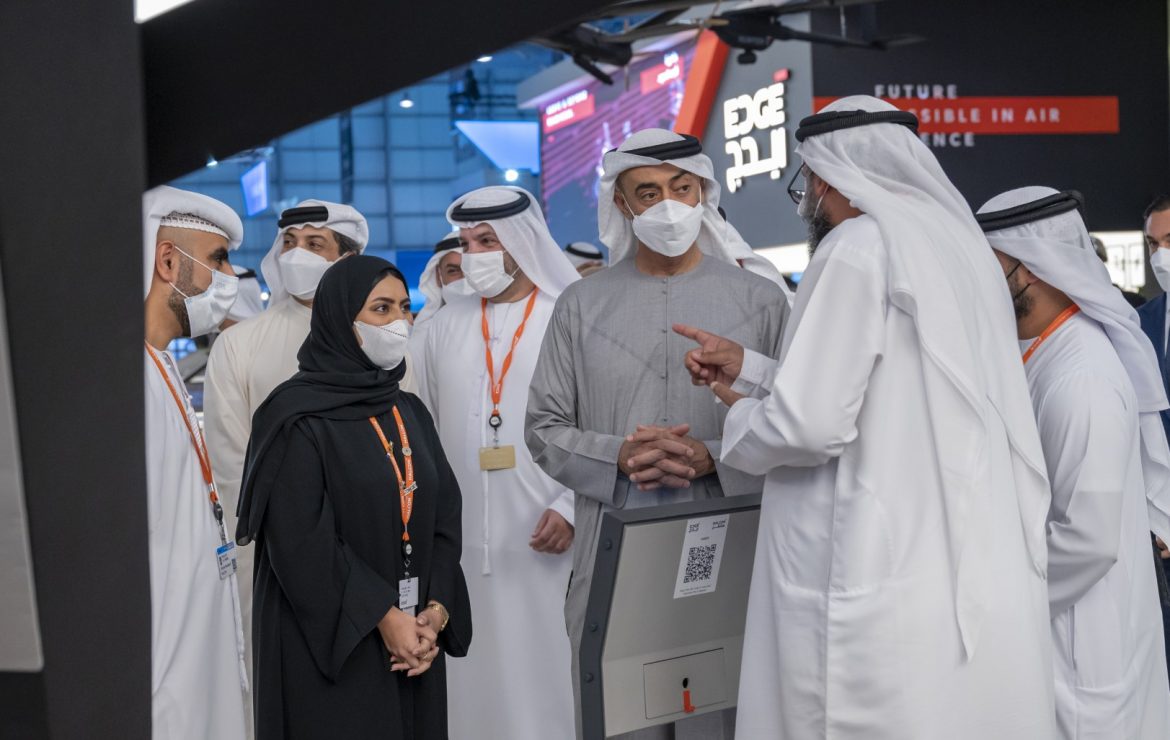 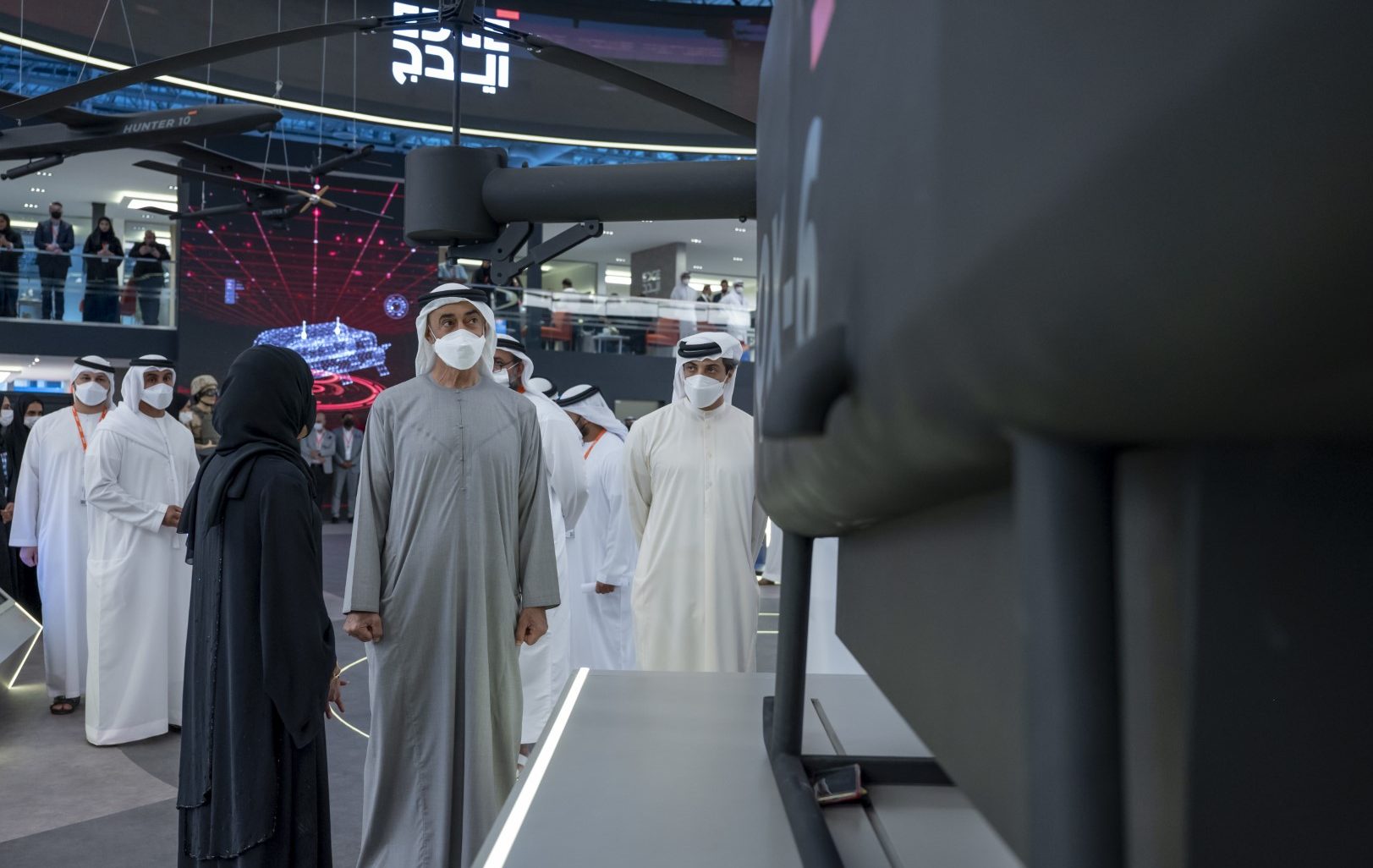 Accompanied by His Highness Sheikh Mansour bin Zayed Al Nahyan, Deputy Prime Minister and Minister of Presidential Affairs, Sheikh Mohamed toured the pavilions of a number of the participating national and foreign companies and exchanged conversations with their executives about their most prominent innovations and latest developments in the aviation industry.

His Highness’ tour of the exhibition’s outdoor areas included the stand of the UAE’s EDGE, an advanced technology group for defence and beyond, which displays its wide range of aviation, defence and technology services to international industry leaders. 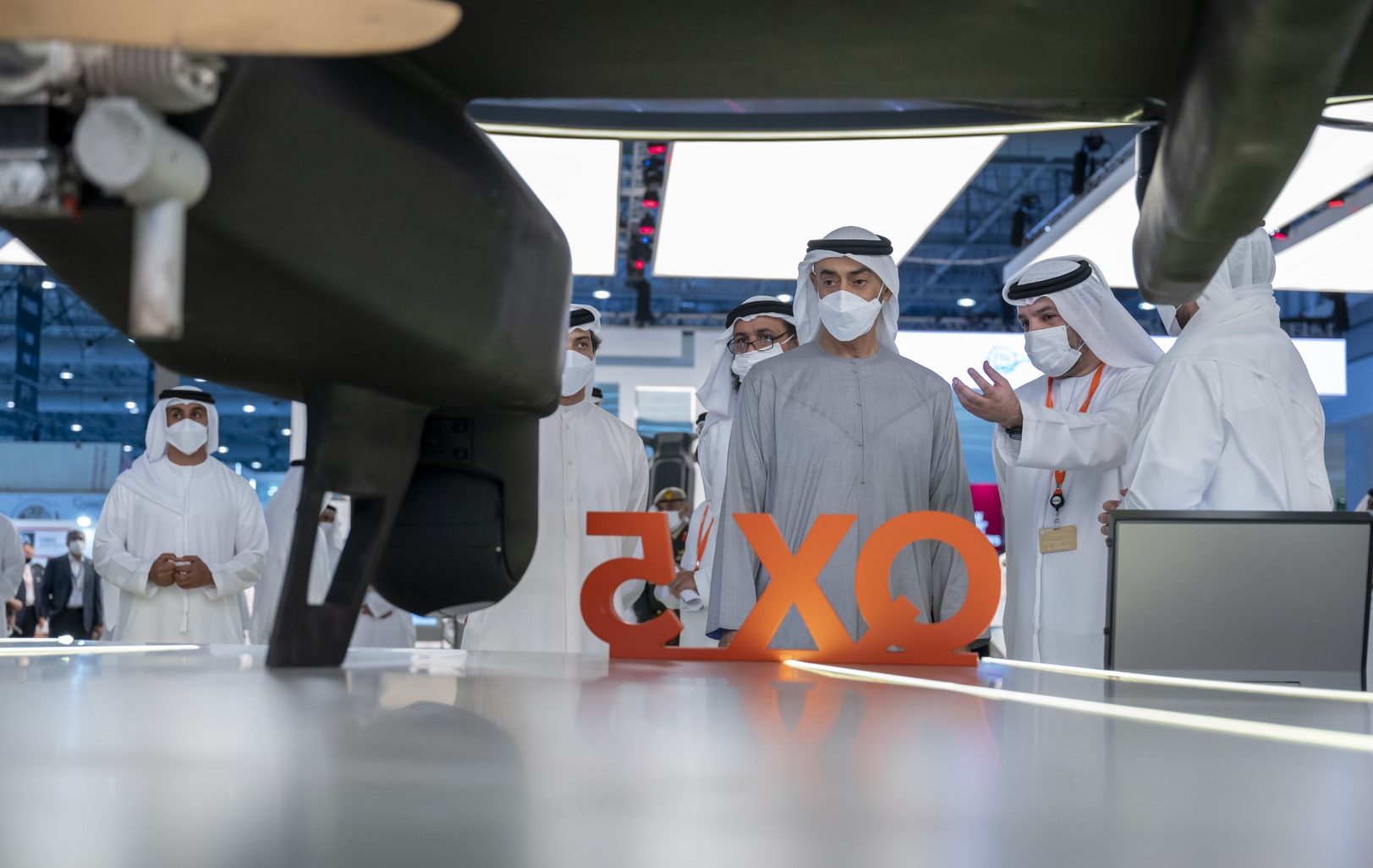 Sheikh Mohamed also visited the Russian pavilion which displayed a model of the country’s brand-new fifth-generation warplane Sukhoi Su-75 Checkmate. It was the first time the warplane, which was unveiled in July, had been seen outside of Russia. 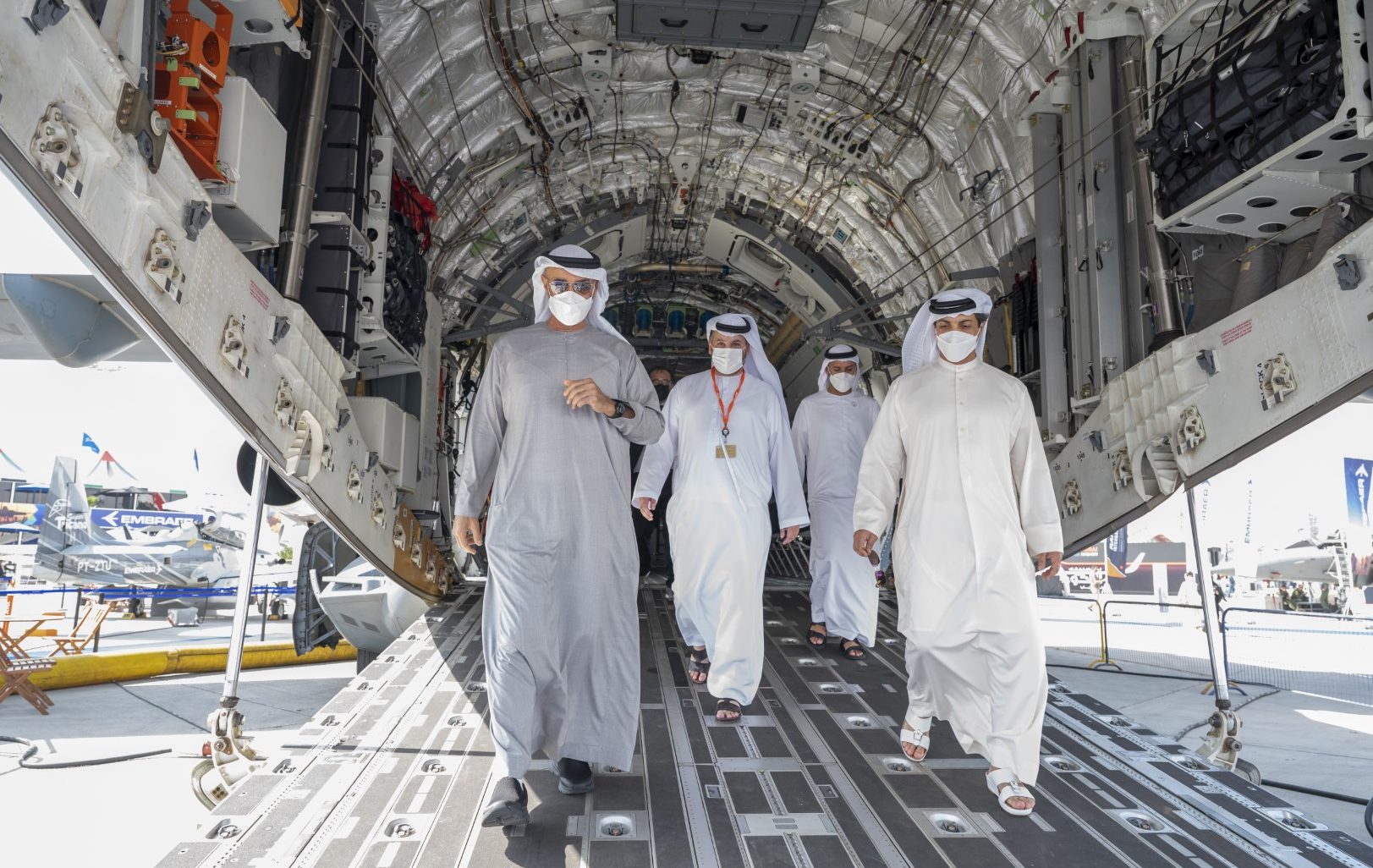 His Highness also visited EDGE’s indoor pavilion and was briefed on the company’s latest drones, in addition to the stand of the Strategic Development Fund – the investment arm of Tawazun Holding- where he was briefed by Abdullah Nasser Al Jaabari, the Fund’s Chief Officer, on the VRT500 and the smaller VRT300, helicopter-type unmanned aircraft systems, developed by VR Technologies, a subsidiary of the Fund. His Highness was also briefed on the latest developments related to the company’s plant in Italy.

At the end of his tour, His Highness expressed his thanks and appreciation to the participants and exhibitors for their sincere efforts that contributed to the success of the global show, which continues to consolidate the position of the UAE and the confidence of the world in the country’s ability to manage the most prominent events.

His Highness wished the participants continued success in the upcoming editions of the event.