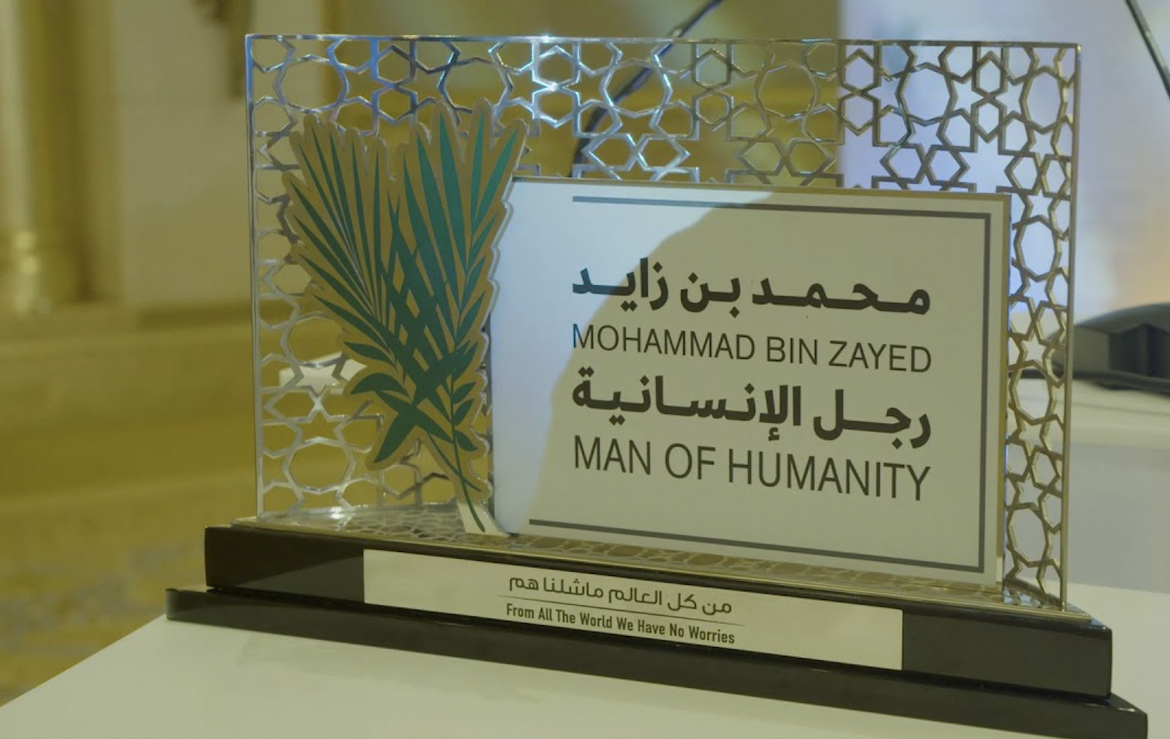 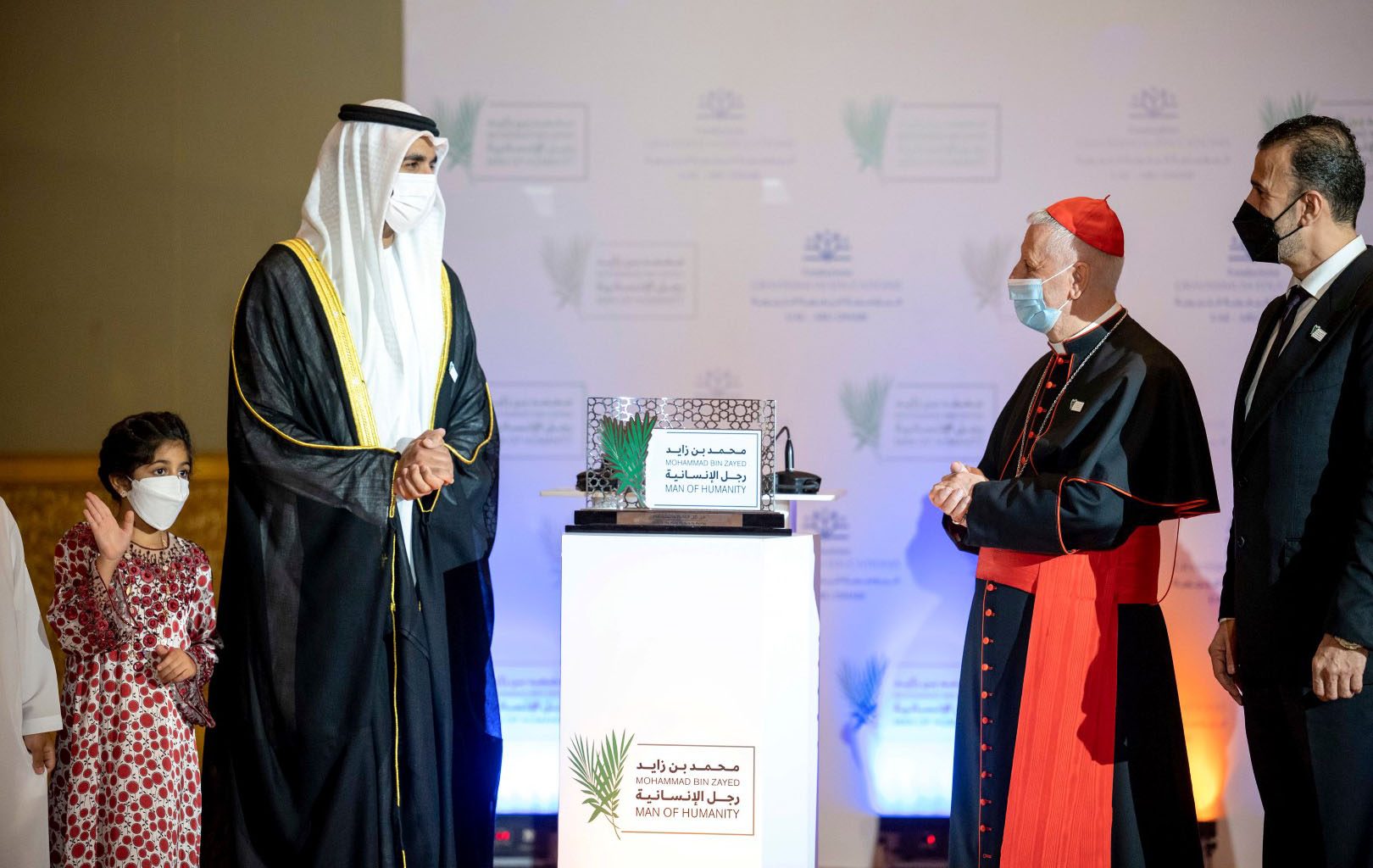 The Award was received by Sheikh Shakhbout bin Nahyan bin Mubarak Al Nahyan, Minister of State, on behalf of His Highness Sheikh Mohamed bin Zayed Al Nahyan, from Cardinal Giuseppe Versaldi, prefect of the Congregation for Catholic Education, President of Pontifical Foundation Gravissimum Educationis and Ministry of Education Vatican, during a ceremony held today at the Emirates Palace in Abu Dhabi, in the presence of the ambassadors accredited to the UAE. 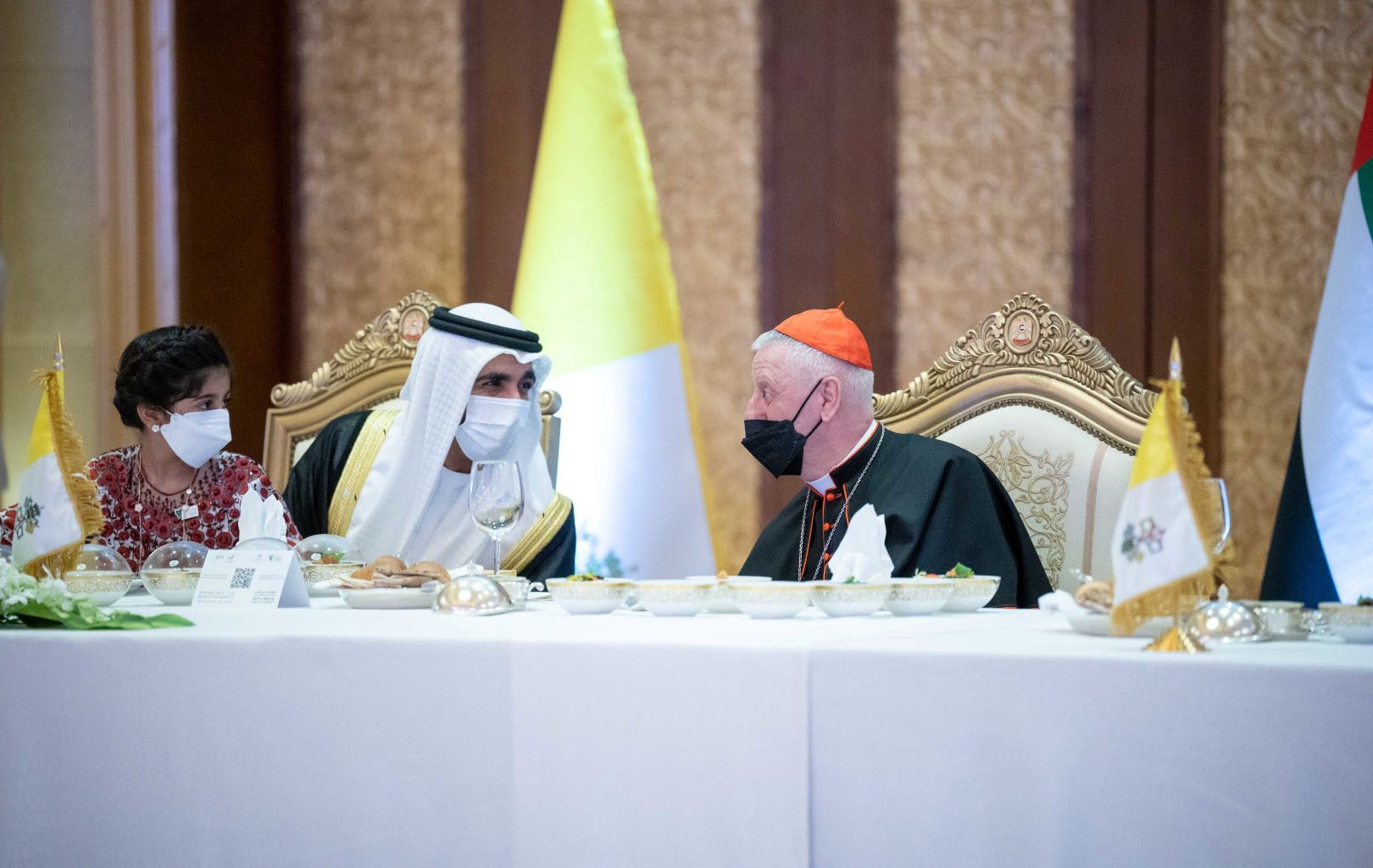 The Award was given to His Highness Sheikh Mohamed bin Zayed Al Nahyan in recognition of his continuous support of, and efforts to foster international humanitarian and relief works.

Sheikh Mohamed was also recognised for his role in strengthening values of peace and peaceful co-existence, emphasising the importance of dialogue as a means to avoid conflicts, championing humanitarian values, as well as reinforcing UAE’s pioneering role in all humanitarian fronts, particularly the efforts to mitigate the impact of COVID-19 pandemic across the world.

The Award was also granted in appreciation of Sheikh Mohamed’s approach of following the path of the late Sheikh Zayed bin Sultan Al Nahyan, who devoted his life to humanitarian work at domestic, regional and international levels.

In the UAE, Sheikh Mohamed has worked with determination in building the nation, serving its citizens, and helping them realise their aspirations. Globally, he has dedicated resources in support of the humanitarian causes by taking bold steps and launching innovative initiatives in the humanitarian fields for the good of the mankind.

To date, the UAE has provided aid to medical staff and front line workers in more than 135 countries to curb the spread of COVID-19.

In March, Sheikh Mohamed was awarded ‘The 2021 DIHAD International Personality Award for Humanitarian Relief ‘ as a gesture of international gratitude for His Highness’s continuous support and dedicated efforts in reinforcing humanitarian work.

This prestigious award is one of the most prominent of its kind, presented by the supervising scientific committee at ‘DIHAD’ in n recognition of international figures and leaders who play a prominent role in supporting people in need around the world and international institutions and international organisations working in the fields of humanitarian relief.