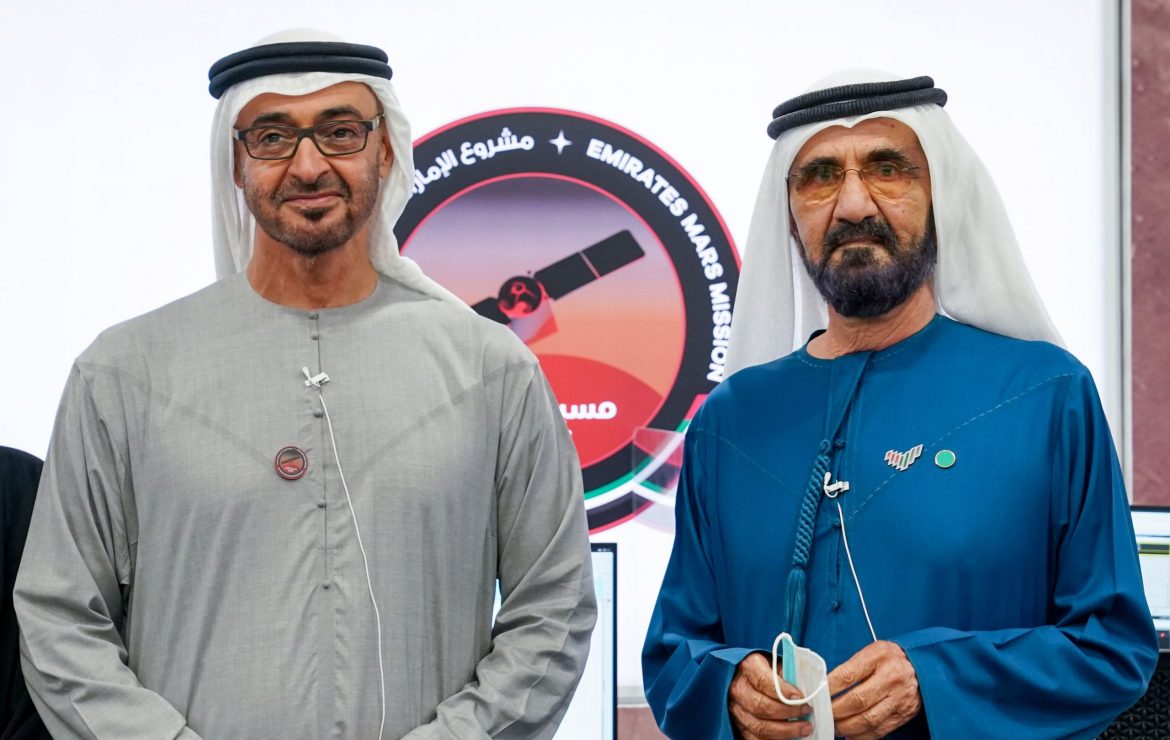 The “Hope probe” successfully enters the capture orbit around the red planet at 7:42 pm UAE time … and the ground control station in Al Khawaneej in Dubai receives the first signal from the probe at 8:08 pm

The Emirati “Probe of Hope” becomes the first to arrive to Mars among 3 space missions that will reach the Red Planet in February, alongside the United States and China.

The probe’s six reverse thrust devices work efficiently and within 27 minutes accomplish the process of slowing it down and entering safely into the capture orbit. 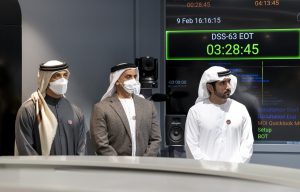 The Hope Probe begins its first day around Mars, and the work team begins communication processes to ensure that its systems are not affected by the stage of entry into the capture orbit

Hope Probe is the first meteorological observatory on Mars … and the scientific data that it will send to Earth will give the global scientific community a deeper understanding of the climate changes on the Red Planet.

His Highness Sheikh Khalifa bin Zayed Al Nahyan, UAE President, “may God protect him”, congratulated the people of the UAE, residents and the Arab nation for the success of the Hope Probe in its mission, praising the exceptional effort of the people of the Emirates who turned the dream into a reality, and fulfilled the aspirations of generations of Arabs with hope of setting foot entrenched in the space race, which was constricted to a limited number of countries. 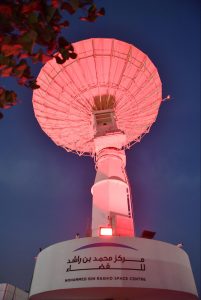 His Highness, the President, said: “This achievement would not have been realized without perseverance on a project whose idea appeared at the end of 2013 at the hands of His Highness Sheikh Mohammed bin Rashid Al Maktoum, Vice President and Prime Minister of the UAE and Ruler of Dubai” may God protect him “, who followed it moment by moment until its arrival to its destination in peace, “he also praised His Highness Sheikh Mohammed bin Zayed Al Nahyan, Crown Prince of Abu Dhabi and Deputy Supreme Commander of the Armed Forces, for whom he had dedicated all support to have the hope realized and see it and the world sees it with us with amazement and appreciation,” so all greetings to their Highnesses and to the national team of researchers and scholars. ”

His Highness praised the project as it arose as a result of a sincere and tireless institutional effort and an ambitious vision aimed at serving the Emirati national project in particular, humanity and the scientific community in general, fulfilling the hopes of millions of Arabs to have a firm footing in the field of space exploration.

On the evening of February 9, 2021, the UAE entered history as the first Arab country to reach Mars, and the fifth country in the world to achieve this achievement after the Hope Probe, within the UAE project to explore Mars, succeeded in reaching the red planet, capping the first fifty years since it was established in 1971 with an unprecedented historical and scientific event at the level of the previous Mars missions, as the Emirati Mars exploration mission aims to provide scientific evidence that humans have not previously reached about the red planet. 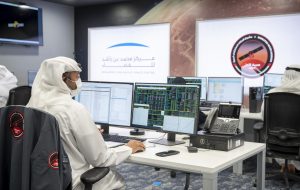 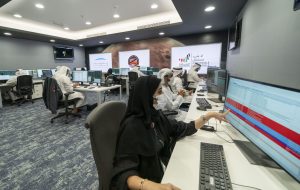 At 7:42 pm today, the “Hope Probe” succeeded in entering the capture orbit around the Red Planet, thus accomplishing the most difficult stage of its space mission, after a journey that lasted about seven months in space, which covered more than 493 million kilometers, arrive to the Red Planet in preparation for the start of its scientific mission by providing a wealth of scientific data to the scientific community in the world, a milestone in the UAE’s accelerated development process, and for this achievement to be a celebration befitting the golden jubilee of the establishment of the United Arab Emirates, summarizing its inspiring story, as a country that made the culture of nothing impossible as a thought, approach to action and live translation on the ground.

The UAE has become the first to reach the orbit of the Red Planet among three other space missions that will arrive this February to Mars, led in addition to the Emirates, by the United States and China.

His Highness Sheikh Mohammed bin Rashid Al Maktoum, Vice President and Prime Minister and Ruler of Dubai, “may God protect him”, and His Highness Sheikh Mohammed bin Zayed Al Nahyan, Crown Prince of Abu Dhabi and Deputy Supreme Commander of the Armed Forces, congratulated the people of the Emirates and the Arab nation for accomplishing this historic achievement. Their Highnesses have been keen to follow the historical moment from the ground control station of the Hope probe in Al Khawaneej, Dubai.

The greatest celebration of Golden Jubilee

His Highness Sheikh Mohammed bin Rashid Al Maktoum affirmed that “this historic achievement of the arrival of the probe of hope to Mars is the greatest celebration of the fiftieth anniversary of the establishment of the Emirates Federation … and establishes for its new launch in the next fifty years … with dreams and aspirations that have no ceiling,” adding His Highness said: ” We will continue to realize achievements and build on them greater and greater achievements. ”

His Highness pointed out that “the real achievement that we are proud of is our success in building Emirati scientific capabilities that constitute a qualitative addition to the global scientific community.”

His Highness said: “We dedicate the achievement of Mars to the people of the Emirates and the Arab peoples … Our success proves that the Arabs are able to regain their scientific status … and revive the glories of our ancestors whose civilization and their knowledge illuminated the darkness of the world.”

His Highness Sheikh Mohammed bin Rashid Al Maktoum concluded, “Our celebration of the UAE’s Golden Jubilee is culminated in with the Mars station … Our Emirati and Arab youth are invited to ride the Emirates Scientific Express, which has set off at full speed.”

For his part, His Highness Sheikh Mohammed bin Zayed Al Nahyan, Crown Prince of Abu Dhabi and Deputy Supreme Commander of the Armed Forces, said, “The success of the Hope probe in reaching its orbit around Mars represents an Arab and Islamic achievement … achieved with the minds and arms of the sons and daughters of Zayed, to place the UAE in the ranks of the countries that reached the depth of space, ” His Highness noted that,” the arrival of the UAE to Mars celebrates the course of the fifty years, befitting the experience of our country and reflects its true image to the world. ”

His Highness added: “The UAE project to explore Mars paves the way for 50 new years of sustainable scientific renaissance in the UAE.”

His Highness expressed his pride in this historic Emirati and Arab achievement, which was led by national cadres of Emirati scientists and engineers, stressing that: “The UAE’s true and most valuable wealth is the human being… and the nation’s investment in its sons and daughters constitutes a fundamental pillar in all our policies and development strategies.”

His Highness Sheikh Mohammed bin Zayed Al Nahyan said: “Emirati youth, armed with knowledge and science, will lead our development and renaissance for the next fifty years … and the Emirates Mars Exploration Project has contributed to building highly qualified Emirati cadres qualified to realize more achievements in the space sector.”

Mohammed Al Bawardi: The Hope Probe is a new outfit that adorns our dear homeland

Under the auspicious patronage of His Highness Sheikh Khalifa bin Zayed Al Nahyan, President of the UAE “may God protect him”, we witness the opening of the International Defence Exhibition and Conference “IDEX” in its fifteenth edition, and the Naval Defence Exhibition “NAVDEX 2021” in its sixth edition, at the Abu Dhabi National Exhibition Center, in addition to the accompanying international defence conference, at a time when the international community is witnessing exceptional global conditions due to the spread of the “Covid 19” pandemic, as governments’ efforts are focused on managing the crisis and preventing the spread of the virus, in addition to addressing the repercussions of the pandemic.

Despite the difficult challenges, the United Arab Emirates was able – thanks to God and then to the efforts and directives of our wise leadership – to harness all modern technological capabilities and means, and to efficiently manage national energies, in addition to applying the highest global health and safety standards, to ensure the health, security and safety of the society. Meanwhile, the launch of IDEX exhibition and its accompanying events confirms, in light of the continuing global crisis, the UAE’s flexibility and confidence in its procedures and its ability to confront the pandemic with high efficiency and maintain business continuity, as well as reflecting the advanced level it has achieved in various fields.

The interest that our wise leadership attaches to creating a national economic strategy based on knowledge and on the use of modern technologies in its endeavor to promote advanced industries, in addition to its ability to hold specialized international exhibitions, make the country compete with major global economies. The UAE plays a global leadership role in making the economic movement adapt to the circumstances and repercussions of the pandemic, and aims to mitigate its negative effects on the global economy by consolidating international cooperation according to new patterns, in addition to finding a balance between the efforts to confront the pandemic and the ability to continue to push forward the wheel of the economy.

On the other hand, the strategic tendency that aims to diversify the sources of national income and create a diversified economy, and the continuous development witnessed by IDEX every year, come  as a result of joint efforts between many strategic sectors in the country, noting that the Ministry of Defence and the Armed Forces are keen to continue the development of the exhibition in line with the technological and global development of defence and military systems and equipment, as part of their interest in developing an advanced economic and industrial strategy, and with their interest to explore the future. All of this consolidated the UAE’s prestigious global economic position, and contributed to its progress and leadership in many fields.

The prestigious position that the UAE has achieved today in the world, in addition to the role it plays in supporting the defence industry sector locally, regionally and internationally, has made it a niche for minds, specialists and experts among defence and military leaders, as the defence exhibition sector contributes to advancing national economic development and supporting and developing industries. Moreover, the participation of many countries of the world in the exhibition for a quarter of a century, confirms their interest in close cooperation with the United Arab Emirates.

Many countries of the world display their military products and industries in an acclaimed global gathering that includes the largest international companies specializing in the manufacture of vehicles, technologies and modern military systems, where companies specializing in the defence and security sectors compete to display their latest products, in addition to that, the exhibition is an opportunity to analyze and discuss the most important issues and challenges and the most prominent topics in technology, artificial intelligence, innovation, and technologies of the industrial revolution, as it contributes to strengthening the efforts of global security and stability, in addition to building a system of international cooperation to ensure the continuation of this important sector advancing despite global challenges and international changes that the whole world is witnessing.

With the launch of IDEX and NAVDEX 2021, I am pleased to welcome all participants in the exhibition, and the distinguished guests of the UAE, to their second home; the country of peace, coexistence, tolerance and security, and my best wishes to the participants and visitors, hoping they will achieve every success and enjoy watching the various military demonstrations, wishing everyone a pleasant stay in the UAE. Finally, in light of the interest and follow-up of our wise leadership, may God protect it, I’d like to thank the organizers of the exhibition. 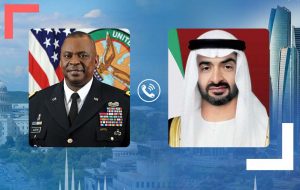 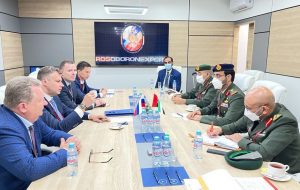