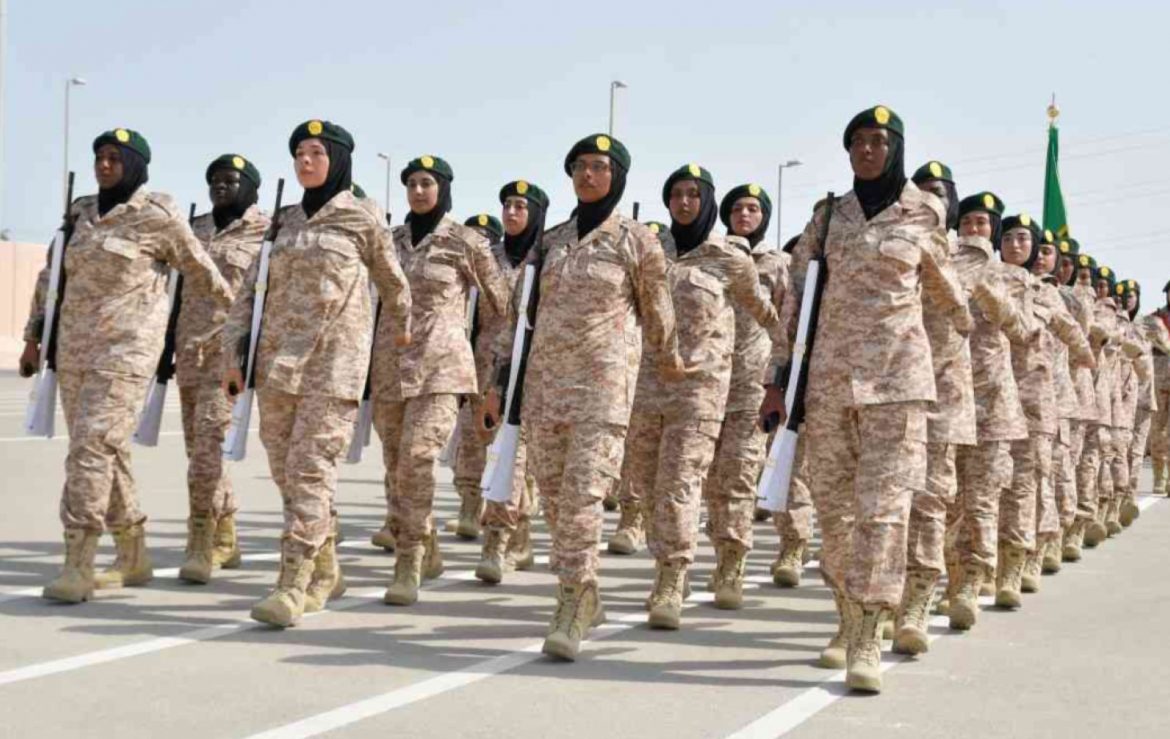 The Centre highlights the UAE’s commitment and support to the active participation of women in peace and security and all sectors. 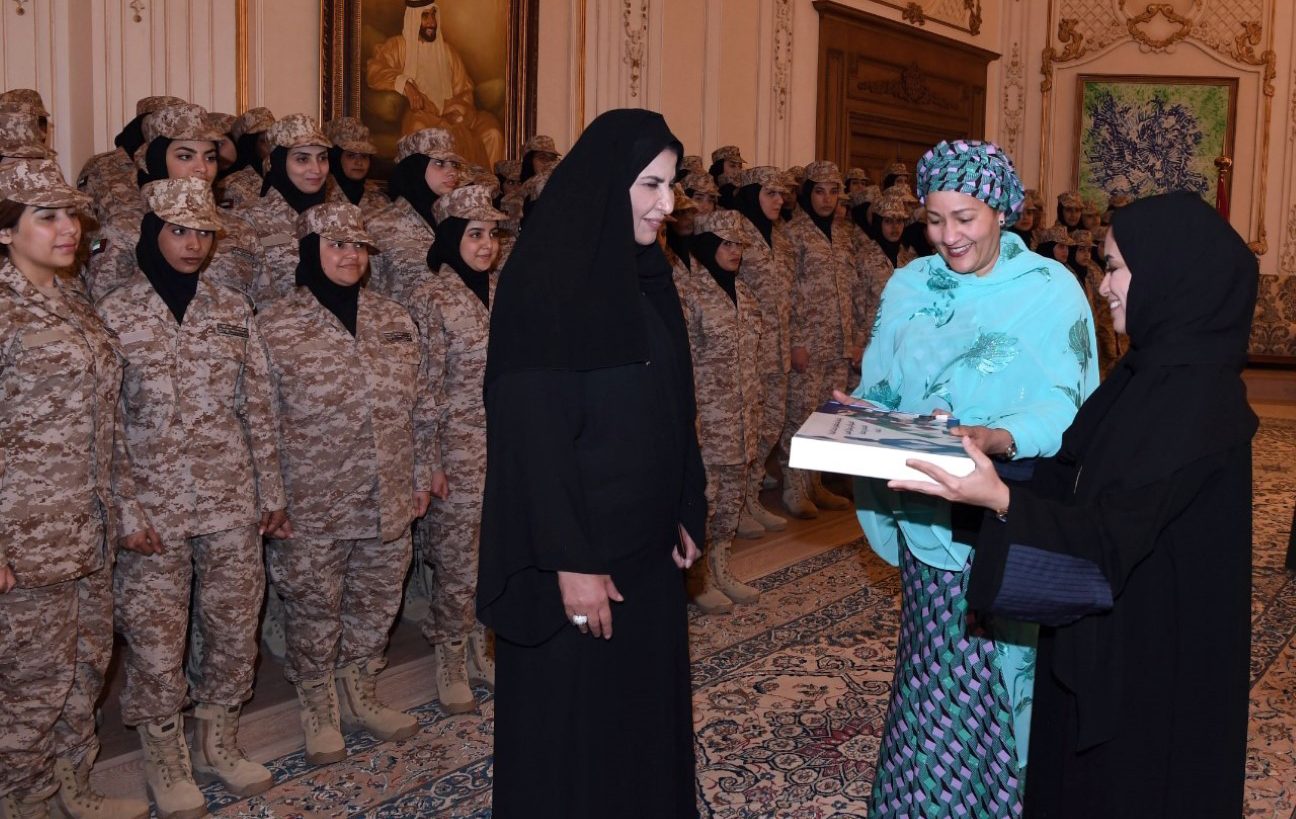 The launch of the Centre is in line with the goals of the Sheikha Fatima bint Mubarak Women, Peace and Security Initiative, a joint project with the General Women’s Union, with technical support from UN Women.

Sheikha Fatima bint Mubarak highlighted the UAE’s commitment to building national, regional, and global capacities of women in peace and security to contribute to an enabling environment for women, raise public awareness about gender roles in peacekeeping and enhance the role of women decision-makers in the Arab region and globally.

She said, “The Centre represents a significant opportunity and model in consolidating international cooperation in sharing knowledge and promoting the exchange of information and best practices on the women, peace and security agenda. It will strengthen the capabilities of relevant authorities working in government entities related to the women, peace and security agenda to support women’s participation in leadership positions across local and international peacekeeping operations. And to gain valuable benefits of creating a new reality and spaces to empower women to be leaders and decision-makers in peace and security.”

She added, “The UAE is a pioneering model in supporting the full, equal and effective participation of women in all vital and developmental fields with a focus on the security sector.

“This Centre also embodies the efforts of our wise leadership, President His Highness Sheikh Khalifa bin Zayed Al Nahyan, Ruler of Abu Dhabi, his brother, His Highness Sheikh Mohammed bin Rashid Al Maktoum, Vice President and Prime Minister, Ruler of Dubai, His Highnesses Members of the Supreme Council of the Union, Rulers of the Emirates and His Highness Mohamed bin Zayed Al Nahyan, Crown Prince of Abu Dhabi and Deputy Supreme Commander of the UAE Armed Forces, to raise the aspirations of Emirati women who were behind many successes in various fields such as in global indicators of gender balance, participation in the labour market or championing leadership positions across various sectors.”

H.H. Sheikh Abdullah bin Zayed Al Nahyan, Minister of Foreign Affairs and International Cooperation, affirmed that UAE, under the vision of its leadership, continue the journey started by the late Sheikh Zayed bin Sultan Al Nahyan, to provide unlimited support to Emirati women’s empowerment. “Emirati women are key contributors to national achievements and the UAE’s vision for the future.”

He noted that Emirati women have been the leading figures in the inspiring success stories across various sectors. He expressed his delight at the launch of the Sheikha Fatima bint Mubarak Women, Peace and Security Centre of Excellence, highlighting its vital role in promoting women’s empowerment and building the capacities of women to sustain peace, prosperity and progress, while giving them the opportunity to perform their duties in their homelands and across the world.

Sheikh Abdullah emphasised that the initiative is the result of limitless support and care from H.H. Sheikha Fatima bint Mubarak, for women in the UAE and the world. As Her Highness continues to encourage them to succeed and excel in various sectors with priority given to peace and security.

Noura Al Suwaidi, Secretary-General of the General Women’s Union, said that the Centre, launched in collaboration with the UN Women Liaison Office for the GCC, builds on the UAE’s extensive efforts to achieve the strategic objectives of UN Security Council Resolution 1325.

“We are thankful for the support of our wise leadership and Her Highness’ vision, directives and generous efforts that led the UAE to make pivotal progress on the women, peace and security agenda.”

Al Suwaidi added that the Centre aims to exchange experiences of multiple sectors to address ongoing and emerging challenges and to provide the necessary operational approach to support gender equality in various sectors, strategic international partners and peacekeeping missions.

Al Suwaidi stated that the Centre will be housed inside the General Women’s Union complex in Abu Dhabi and will offer a range of training courses; locally and internationally. Participants will be able to engage in face-to-face courses, which will combine presentations, interactive activities, and group discussions to exchange knowledge. Virtual self-education will be also available to allow participants to access information and resources from around the globe.

The Centre will also offer blended learning opportunities, which will combine online and face-to-face learning.

Dr. Mouza Al-Shehhi, Director of the UN Women Liaison Office for the GCC, said that the new Centre “is unique for our region and the world, as it provides various opportunities to share experiences and build capacities to support the women, peace and security agenda, in line with the objectives of Security Council Resolution 1325. The integration of in-person and virtual training methods represents a real opportunity to reach the largest number of women around the world, and to maximize the impact of the Center beyond geographical barriers, and the restrictions imposed by the Covid-19 pandemic on movement and travel.

The launch of the Centre is in line with the UAE’s efforts to promote gender equality as an essential policy in the nation and to underline the important role of women in the peace and security sectors by unifying the efforts of 14 national bodies including federal, local and civil society committee members who prepared the National Action Plan headed by the General Women’s Union.

In September 2020, the UN Women announced the launch of the Sheikha Fatima bint Mubarak Women, Peace and Security Initiative to train and build women’s capacities in the military, security and peace sectors. Sponsored by the UAE government and hosted by Khawla bint Al Azwar School, the initiative included 357 participants from several Arab, African, and Asian countries in its two rounds of training during 2019 and 2020. The second round coincided with the 20th anniversary of the adoption of UN Security Council Resolution 1325 on women, peace and security.