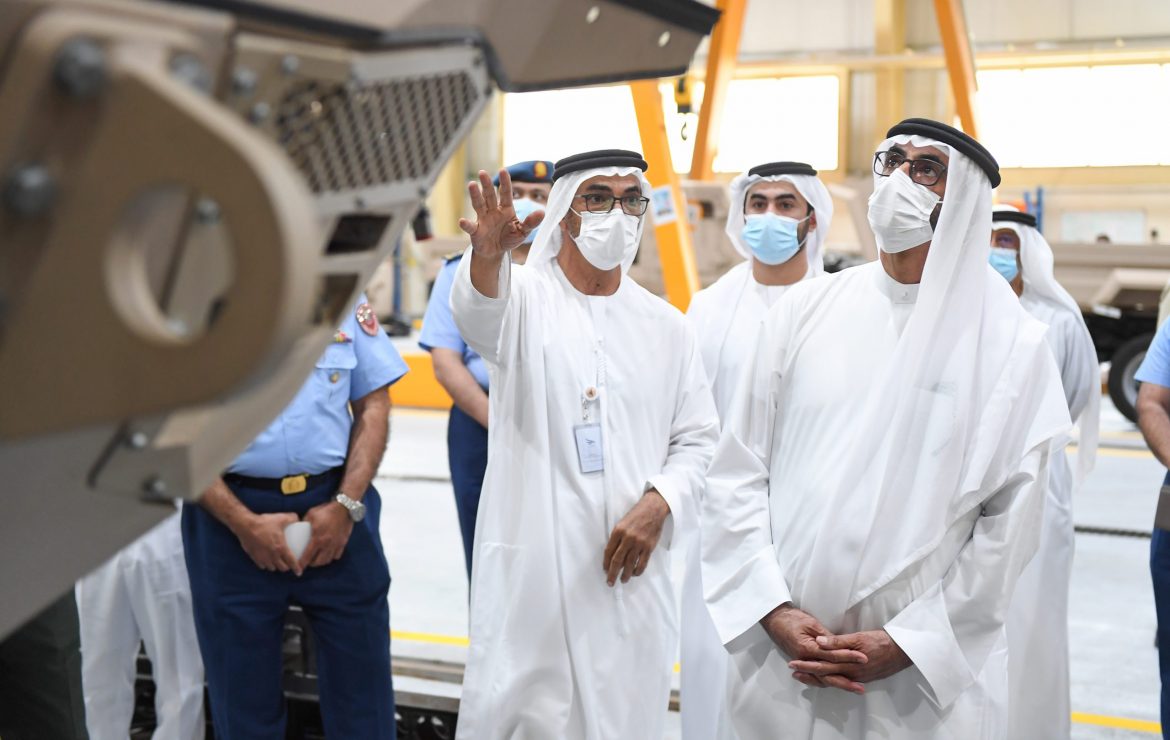 A high-ranking delegation of the Ministry of Defence led by Mohammed bin Ahmed Al Bowardi, Minister of State for Defence Affairs, has visited with the headquarters of Calidus, a defence technology development and manufacturing company in Abu Dhabi.

Al Bowardi, accompanied by Major General Dr. Mubarak Al Jabri, Assistant Under-Secretary for Support and Defense Industries, was received by Faris Mohammed Al Mazrouei, CEO of Calidus, and a number of senior executives of the company.

During the visit, Al Bowardi was briefed with detailed presentations of the work strategy and the production lines of the military vehicles Al Wahsh 8×8, MCAV-20 4×4, LRV-20 4×4.

He was also briefed on the company’s future and development plans, all of which aim to enhance its position locally, regionally and globally, and the efforts undertaken by Calidus to achieve its strategic objectives and raise the levels and quality of efficiency of the national defence industries.

“We are proud of what the national defence industry sector has achieved in the UAE, and the level of national cadres with high technical expertise,” the Minister said.

He stressed that the Ministry of Defence places national industries, their growth and prosperity at its main priorities, and works with all local and international partners to support this vital sector to achieve the ambitious strategic goals of the UAE government.

Minister Al Bowardi expressed his pride at seeing the national cadres actively contributing to raising the quality of the national industry and the local product, and participating in advancing the national companies, which has become a strong competitor in the global markets.