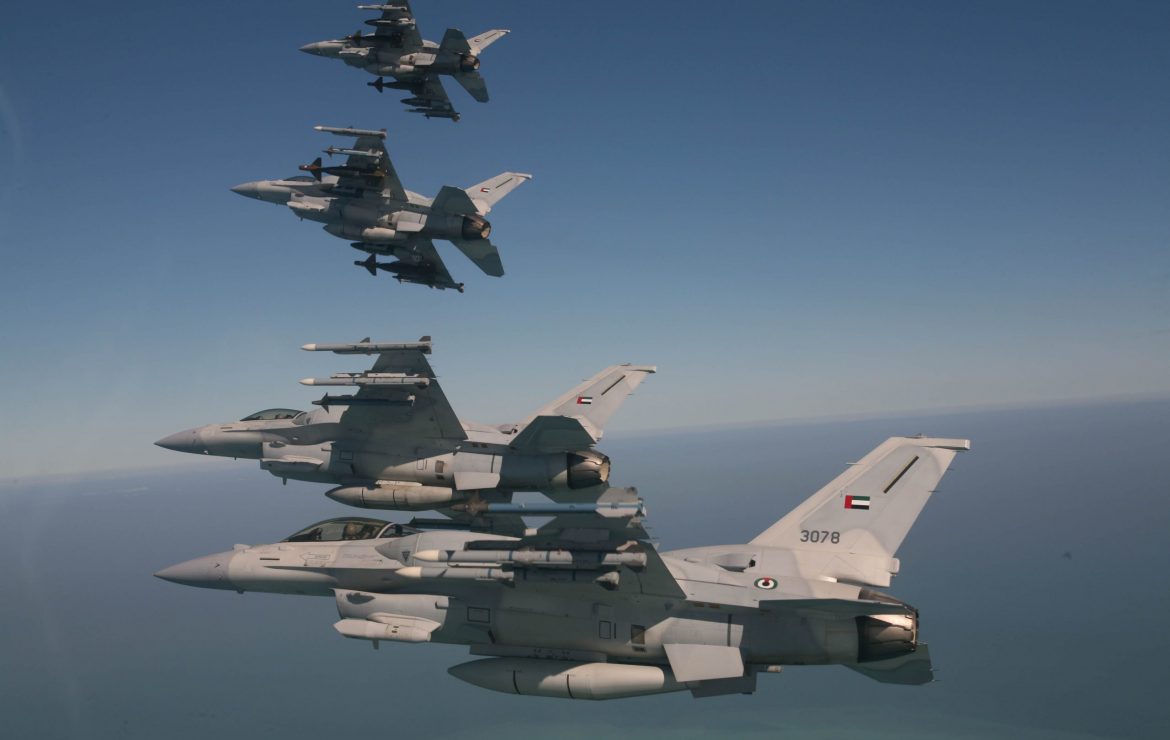 The celebration of the anniversary of the unification of the Air Force and Air Defence represents the “Unity Day” that falls on the sixth of January of each year, a celebration of the long march of achievements of the Air Force and Air Defence in the UAE, as well as the achievements of the armed forces that have played a prominent role since the establishment of the UAE in protecting its capabilities and defending its precious soil in the face of all dangers and threats.

On the occasion of the 45th anniversary of its unification, the Defence Liaison Executive Department at the Ministry of Defence has published an extensive report on the development of the Air Force and Air Defence and its future plans.

The report said that the Air Force and Air Defence were able over the past years, thanks to the planning that was done on sound scientific foundations, to deal with the latest technologies of equipment and weapons, which created a modern air force capable of facing challenges and defending and protecting the homeland, and this distinguished position was not the result of incidental circumstances, but it came as a result of the great support and constant follow-up of His Highness Sheikh Khalifa bin Zayed Al Nahyan, President of the UAE and Supreme Commander of the Armed Forces, “may God protect him.”

Stages of development of the air force and air defence

The report stressed that the stages of development of the air force and air defence during the past 45 years not only reflect the size of the achievement that has been accomplished, whether in terms of modernization, development and training or in terms of preparing and qualifying the human element in a sound scientific manner, but also indicating the strength of will and determination to overcome any obstacles that may prevent building these forces according to the latest standards. 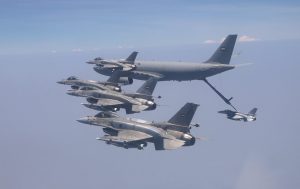 The report affirmed that the UAE Air Force has become enjoying the utmost vigilance, ability and readiness to defend the homeland and maintain its security, prosperity and stability, and has become a strike force with a strategy capable of deterrence and defence of the nation’s soil and its sovereignty. The UAE Air Force has effectively participated in regional, and international missions and has the capability to confront all challenges, thanks to its superiority, dominance and the high efficiency that allows it to use various advanced weapons, including the latest aircraft and missile systems.

Fighter jets … the latest in the world

The report explained that the UAE today has the latest version in the world of “F-16” fighters, known as “Block 60”, which has the most modern radar in the world, in addition to the Mirage 2000 fighters specially developed for the UAE in terms of its systems and combat capabilities, and finally the approval of the United States in November 2020 to sell F-35 fighters and armed MQ98 drones to the UAE.

The emergence and development of the air force and air defence

The report affirmed that Khalifa bin Zayed Air College, since its establishment, has followed a path of excellence and success and keeps abreast of developments and technology in the various aviation fields, thanks to the patronage of His Highness Sheikh Khalifa bin Zayed Al Nahyan, President of the UAE and Supreme Commander of the Armed Forces, “may God protect him”, and the continuous directions of His Highness Sheikh Mohammed bin Zayed Al Nahyan, Crown Prince of Abu Dhabi and Deputy Supreme Commander of the Armed Forces, as we see the college today as lofty as it works through a scientific approach based on consolidating the foundations of innovation and military leadership through its vision to become a pioneer in competing with the most prestigious air colleges in the world, and the college has been keen over the past years to develop the human element by combining academic quality with its requirements, technical and military quality and its latest developments.

The report referred to the courses for female pilots, as the program takes 3 years from the enrollment of female candidates in the college until their graduation, and each of them graduate with the rank of pilot lieutenant classified as a pilot or air lieutenant in the Air Force and Air Defence, as well as the Bachelor of Military Aviation Science in which the college adopts the annual study system, and each academic year consists of (3) semesters, and the program consists of 3 academic years with a total of 148 credit hours.

The report emphasized that among priorities of the Institute of Air Force and Air Defence today is to develop the educational process with all its elements to keep pace with the tremendous development in weapons and equipment so that graduates of the courses reach the level that qualifies them to face all challenges, in light of complex combat conditions, especially joint air operations, and in line with the development in weapons, equipment and methods of combat management, in order to achieve the main objectives contained in the Institute’s strategic plan.

The role of air forces and air defence in humanitarian operations

The report reviewed the role of the Air Force and Air Defence in humanitarian operations, what our air forces have shown in many of the external missions that have been entrusted to them, whether in the Operation Decisive Storm and Restore Hope in Yemen, or within the international coalition against the terrorist organization “ISIS”.

The role of the Air Force and Air Defence was to implement the air bridge from the UAE to various countries of the world to transport humanitarian aid and supplies.

In conclusion, the report reviewed the success of the UAE hawks in participating in the Arab coalition forces in Yemen, who wrote their names with letters of light in the eternal memory of the homeland and the history of the Arab and Islamic nations and presented the sincere example of the originality of the sons of our dear homeland, and have already proven that they are the best role models for current and future generations, and they will remain a source of flowing inspiration for the values ​​of patriotism, loyalty and belonging to the UAE, and defending its noble principles in standing by the right and solidarity with brothers, regardless of the sacrifices and difficulties. 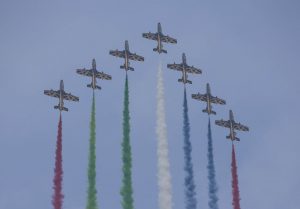 The report was concluded with the accomplishments of the Air Force and Air Defence Emirates Knights aerobatic Team. It is considered a national symbol that reflects the capabilities of the people of the Emirates, and translates their pride in their wise leadership and great love for their country. This team is also considered the ambassador of the UAE, and a messenger of love and peace during the participation in various local and international events in which it draws with pride the most beautiful paintings of the dear flag of our country in the sky of other countries of the world.

The report indicated that the Emirates Knights aerobatic team represents the UAE Armed Forces in national events, which is a source of pride for the Knights ’team.