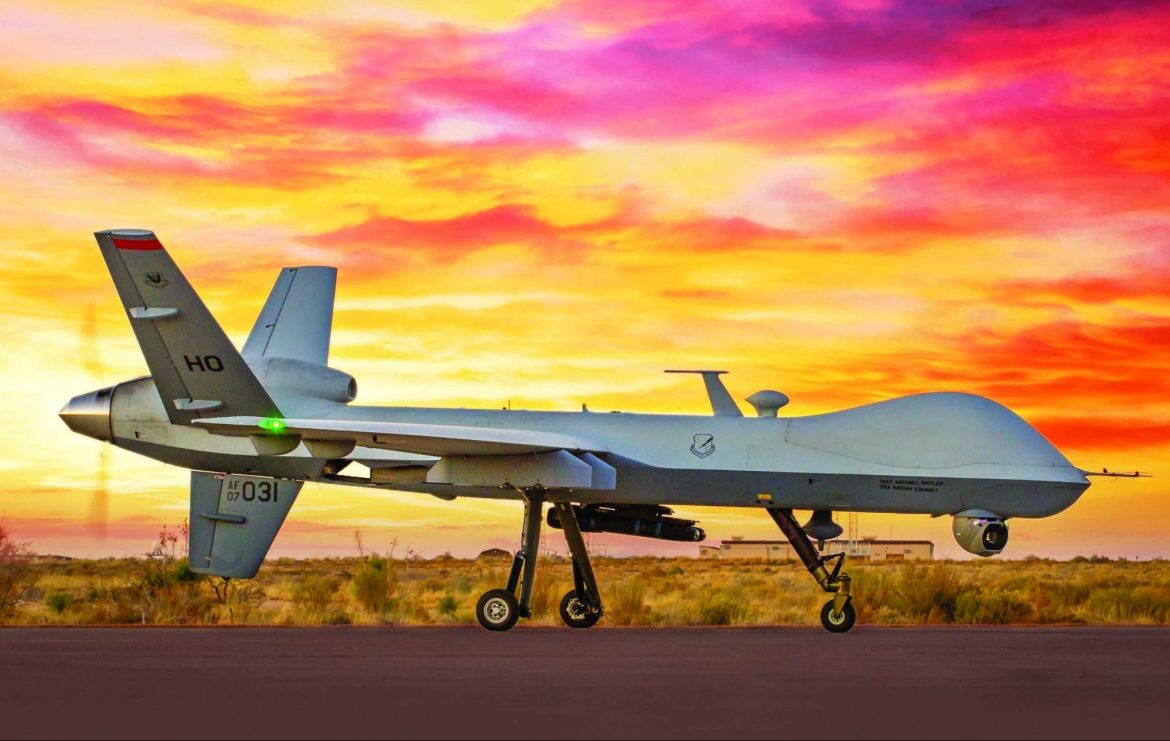 Various countries of the world are witnessing rapid and amazing progress in the field of manufacturing unmanned aerial vehicles, as this technology has become an essential part of operations of many sectors, especially those related to the security, defence and military fields, after it has proven its high efficiency and ability to carry out the tasks entrusted to it with high accuracy.

The drone industry has become, in our time, a promising global market, and its level of development in the defence field has become a criterion for measuring the military power of any state. Therefore, we find that modern and advanced armies are witnessing a frenzied race in the manufacture and use of “drones”, which are considered one of the most dangerous weapons in the world, and a major tool in various areas of tension and conflict.

The United States is considered a pioneer in the manufacture of drones, due to its advanced technology, high endurance, and accuracy in hitting targets and carrying out tasks, as the US military is one of the most armies in the world that relies on drones heavily in the implementation of its military missions. The United States has several types of drones, most notably the MQ-9 Reaper, which was first launched on February 2, 2001 and entered service in May 2007.

This type of American “drones” manufactured by the American company “General Atomics” is called the MQ-9.

The MQ-9 Reaper was previously called Predator B, which is designed on the basis of the MQ-1 Predator, but is much larger and more powerful than it.

The (MQ-9 Reaper) is a multi-mission, medium-altitude armed aircraft with high endurance, flight, maneuver and hovering capacity for a long time, and it is remotely controlled and is used to carry out dynamic operations against moving targets as it has features that enable it to hit its targets with high accuracy, monitor convoys and launch its raids as well as being used as a terminal platform for air guidance, and it is also an effective means for gathering intelligence, surveillance, reconnaissance, close air support, and combat search and rescue.

One of the most important features of this aircraft is that it is low-noise, and is considered evidence of the great progress made in the field of remote-controlled aircraft in the US Air Force.

Reaper can be dismantled and transported in just one container, making it easy and discreet to spread to any spot around the world. This container can be transported entirely on-board of C-130 Hercules military cargo aircraft.

(MQ-9 Reaper) “Drone” is characterized by its sophistication and high capabilities, thanks to its reconnaissance and positioning equipment that helps it accurately designating and aiming at targets with laser-guided munitions. The drone is remotely operated with sensitive and wide-scale sensors that can scan a 360-degree area. The drone contains an integrated multi-mode communication cabin, as well as precision weapons, giving it a unique ability to perform combat, coordination and reconnaissance missions against high-value time -sensitive targets.

The MQ-9 operates in accordance with standard US flight systems with a clear line-of-sight for the ground data station antenna, which provides line-of-sight communications to coordinate takeoffs and landings. The PPSL over the horizon communications system provides the ability to communicate with other aircraft and manipulate sensors.

This aircraft can intercept electronic communications emanating from radios and cellular phones, and play a pivotal role in assassinations and arrests, and it can read a car number plate from two miles away.

It integrates MTS-B infrared sensor, color or monochrome daytime TV camera and advanced TV camera, laser beam search and monitoring system and laser lamp. Full-motion video clips from all of the imaging sensors can be viewed as separate or combined video streams.

Reaper is also equipped with an advanced radar that helps detect and launch strikes against targets with laser-guided munitions such as Guided Bomb Unit-12 Paveway II and GBU-38 Joint Direct Attack Munitions.

The (MQ-9 Reaper) is capable of carrying weapons and bombs weighing 1.7 tons and can eliminate targets with (AGM-114 Hellfire) missiles and a (Hellfire R9X) missile, which is used to carry out elimination and assassination operations against extremists and affiliated organizations. It inflicts great damage with high accuracy on the extremist organizations, and it has the ability to engage armor and personnel, with the ability to carry various kinds of ammunition.