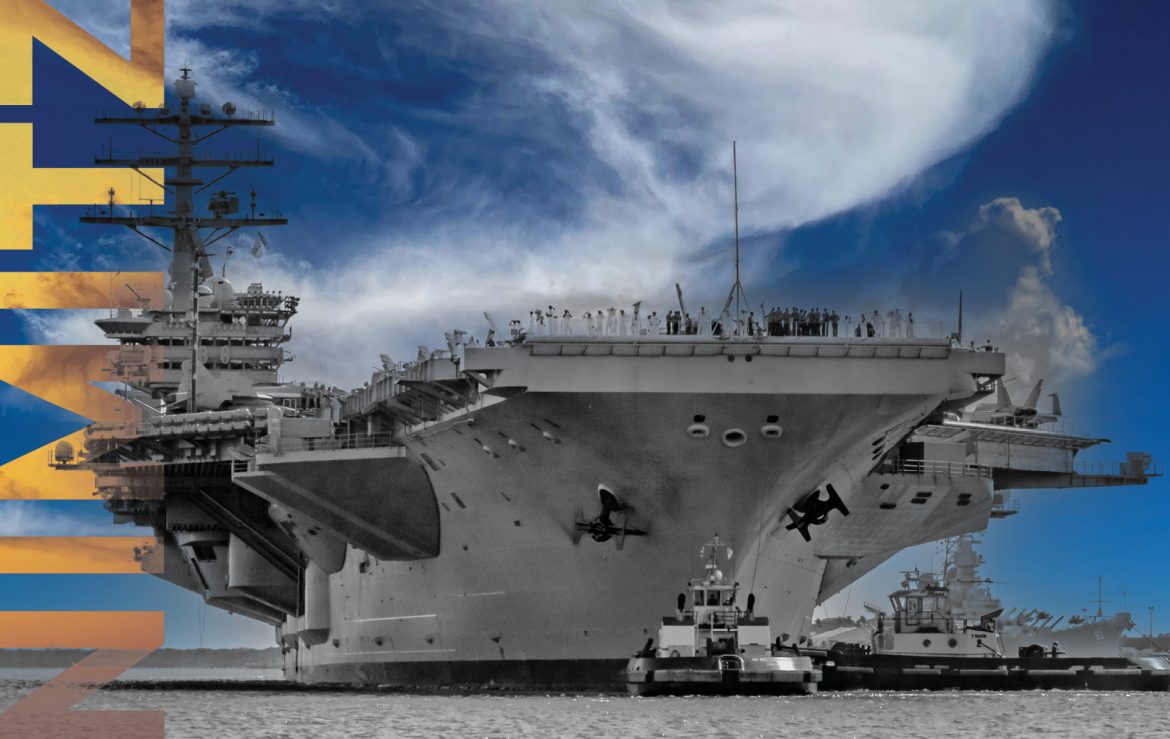 For a long time, the United States of America has paid great attention to its land, sea and air forces, and its army has become the most powerful army in the world, as Washington allocates hundreds of billions of dollars to it annually to maintain its power and dominance, which is likely to cope in any conflict.

For many decades, Washington has been able to maintain its military strategies and implement them professionally to secure its interests and those of its allies, as the fields of work of the American forces are many and numerous, and perhaps the most important of them is the field of work of the Navy, where waters cover three quarters of the globe, allowing its personnel to carry out military tasks that the land and air the forces may be unable to do, and it also allows it to reach targets easily and seamlessly.

The United States of America has a great navy, and it has weapons and advanced defence systems that can travel thousands of miles in a short time, and stay around goals and interests in preparation for emergency response in crises and conflicts, without violating the sovereignty of other countries.

A castle and a floating military base

To achieve its military strategies and interests at sea, Washington relies, in representing its authority and its military deterrent power, on a large and varied number of aircraft carriers that roam the world’s oceans, such as the famous aircraft carrier USS Nimitz, which is described as a fortress, a floating military base, and a safety valve in the face of any threat.

The Nimitz carrier, of which 10 models are available, is an important military tool that the United States has resorted to since the seventies of the last century, in resolving conflicts in various parts of the world. Therefore, we find it the cornerstone of the global US naval presence, to deter attacks, respond to crises and combat.

The “Nimitz” group consists of an aircraft carrier, destroyers, landing and assault vessels, and the planes that take off from them are used to launch strikes, support ground battles, protect fighters, and impose sieges, whether by sea or air.

The carrier “Nimitz” was named after the commander of the US Pacific Fleet during World War II, Admiral Chester Nimitz.

Its construction dates back to the year 1968, and was shown on May 3, 1975, and its cost at that time reached one billion dollars, and was designed in a new way on June 30, 1975 as part of reorganizing the American fleet, and it was displayed and deployed for the first time under the name of (CVAN 68) on July 7 1976 when it left “Norfolk” for the Mediterranean, and then returned to its port in “Virginia”, in the United States.

Externally, “Nimitz” sailed to the Mediterranean Sea on December 1, 1977, and with the escalation of tensions with Iran after it seized 52 American hostages, the carrier was sent to the Indian Ocean on September 10, 1979.

On February 1, 1993, the carrier was sent again to the Persian Gulf, and on the first of September 1997, Nimitz embarked on a cruise around the world, and during its sailing, it was ordered to enter the Arabian Gulf to support the Southern Watch Operation and various United Nations initiatives. 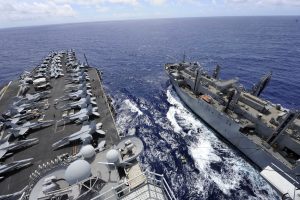 “Nimitz” arrived at its new home in “San Diego” on November 13, 2001, and in 2003, “Nimitz” was deployed as part of “Enduring Freedom” operations in Iraq, which is the official name used by the United States government in its operations in the global war on terror.

In May 2005, Nimitz set sail again for six months in support of the global war on terror.

After leaving the Gulf, its strike group participated in joint exercises with Indian forces in “Malabar” in 2005.

And in 2007 and 2008, it was sent to support the United States’ commitment to peace and stability in the region.

Then Nimitz left for the Gulf for eight months on July 31, 2009 to support Operation Enduring Freedom.

In January 2015, Nimitz changed the main port from “Everett” to the marine peninsula of “Kitsap” in the state of “Washington”.

After that, she underwent a technical rehabilitation period of 20 months, then was returned to work on October 10, 2016.

In November 2020, the most famous carrier in the United States returned to the fore, after Iran escalated its threats to US interests as the first anniversary of the killing of Qassem Soleimani, commander of the Quds Force in the Iranian Revolutionary Guard, who had been on the US terrorist list for years.

The US aircraft carrier “Nimitz” is considered a floating airport. It has 4 short take off lanes that enable it to launch up to four aircraft per minute, in addition to multiple landing means.

This giant marine craft was manufactured to carry warplanes of various types with a total of more than 90 aircraft, and inside it there are hangars for aircraft to protect them from any external attack, and it also contains 4 elevators for aircraft that carry it to the basement for maintenance and repair.

The American carrier accommodates more than 5,000 crew members, including the crews of various warplanes, and its human crews can remain at sea for a period ranging from 70 to 90 days without the need for any external supplies, depending on its stocks of dried food.

One of the most interesting features of the US aircraft carrier “Nimitz”, which operates with four engines, is that it contains two nuclear reactors that have the ability to operate for about 20 years without refueling.

In this context, the US Navy says that operating a carrier with nuclear energy increases their capacity of munitions by 50 percent, and allows them to double the capacity of fuel tanks for aircraft on board.

It should also be noted that the aircraft carrier “Nimitz” has the capacity to carry more than 3.5 million gallons of fuel.

The width of the flight deck in this carrier is about 76.8 meters, while its width at the water surface is about 40.8 meters, and for its length it is 332.8 meters.

The height of the carrier, from the beam to the top of the mast, is what is equivalent to 23 stories.

The US giant carrier is fast compared to the size of the vessels, as its speed exceeds 30 knots, equivalent to 58.8 kilometers per hour.

The US aircraft carrier is equipped with electronic warfare systems and is equipped with advanced defence weapons to protect it, in addition to other warships and submarines to accompany and secure it, and it is equipped with a diverse arsenal of conventional weapons, most notably guided missiles and anti-radar missiles.

The sources indicate that the cost of building this carrier exceeded 6 billion dollars, while it is estimated that building one of them today will cost more than 8 billion dollars, depending on the specifications and features 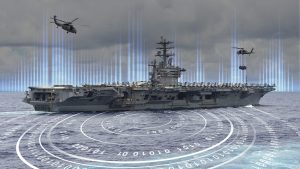 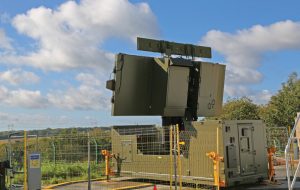