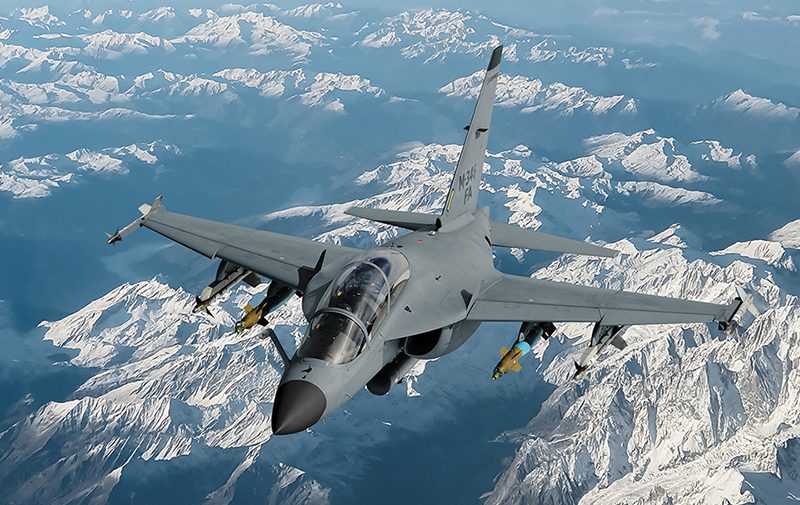 The current trend with Air Forces facing low to medium threats is to reduce the number and types of aircraft in their inventories for various reasons which may be logistic or economic in nature, therefore modern and expensive 20/30 tons class fighter-bombers are deployed to perform CAS/COIN operations, taking-off with just 2 tons of weapons, thus rapidly eroding their life span.

As a newer and more advanced version of the M-346 AJT trainer jet, Leonardo’s M-346 FA fighter is considered the solution to this problem, as it is designed to contain a high-performance platform that meets the operational needs of customers on a large scale.

Structured into five business sectors, Leonardo has a significant presence in the industrial scene in Italy, the United Kingdom, Poland, and the United States, operating through its subsidiaries, such as Leonardo DRS, which specializes in the field of Defense electronics, as well as joint ventures and partnerships such as ATR, MBDA, Telespazio, Thales Alenia Space, and Avio.

Drawing on its experience in the development of technology and products such as helicopters, jets, aircraft parts and frames, electronics, cybersecurity, and aerospace, Leonardo has become the leading competitor in the most important international markets.

The Aermacchi M-346FA is the latest product from Leonardo’s Aircraft Division, based on its long-term experience in the development of combat aircraft, dating back to the early 20th century.

Aeronautica Macchi has produced a lot of effective combat aircraft, such as the Macchi C.202 and C.205 used during World War II. 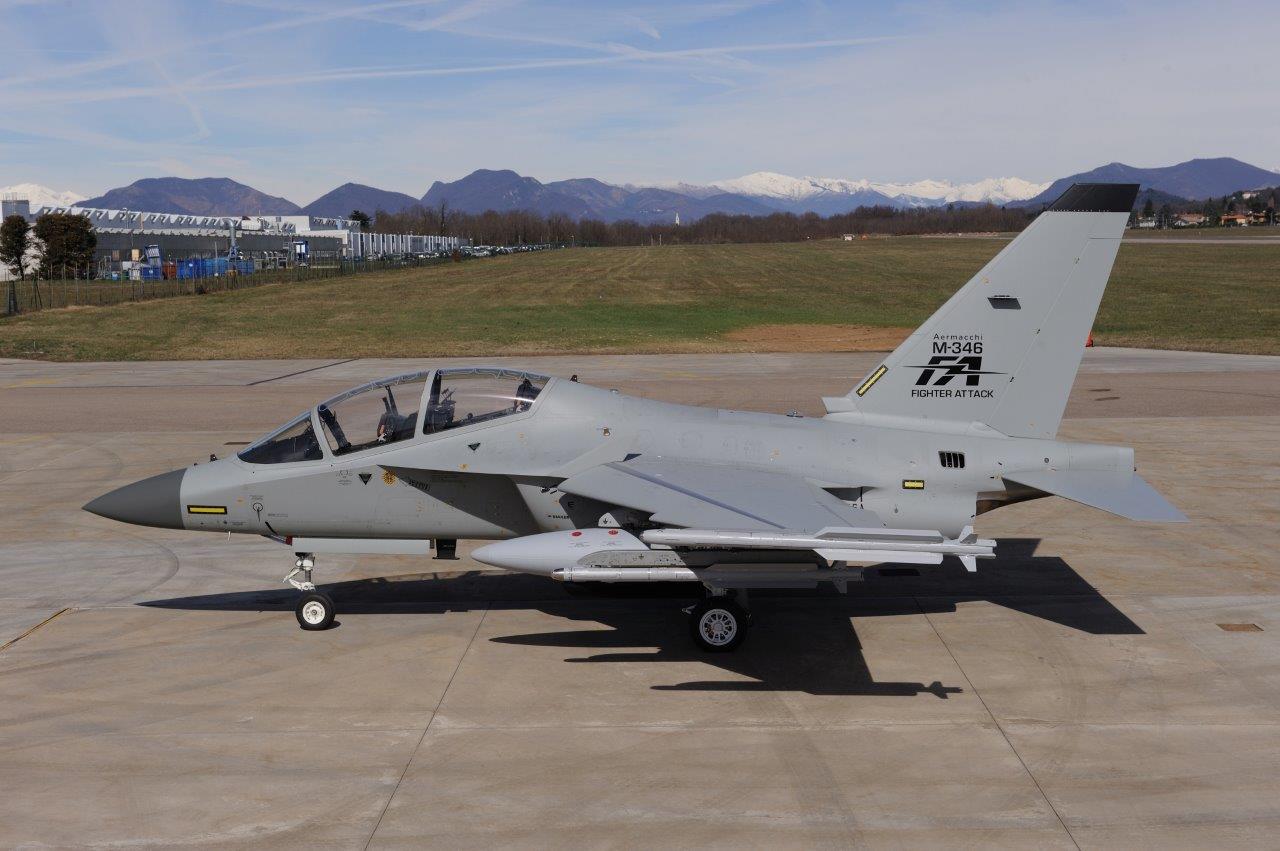 At the end of the 1960s, the company developed the highly praised Aermacchi MB.326K, a dedicated single-seat attack variant derived from the widely used MB.326 jet trainer.

Further evolution of the MB-326, led to the development of the MB-339 jet trainer and its highly effective, combat-proven, attack variant.

FIAT’s Aviation Division, absorbed by Aeritalia in 1969, then Leonardo, also produced combat-proven aircraft such as the G-91R.

The AMX, currently in service with Fuerza Aerea Brasilera (the Brazilian air force) and the Italian Air Force for air-to-ground and reconnaissance operations, which was originally produced by Aeronautica Macchi, Aeritalia, and Embraer, is another example of Leonardo’s combat aircraft legacy.

The M-346FA is a multirole radar-equipped light fighter, which represents a highly cost-effective, tactical solution for the modern battlefield. 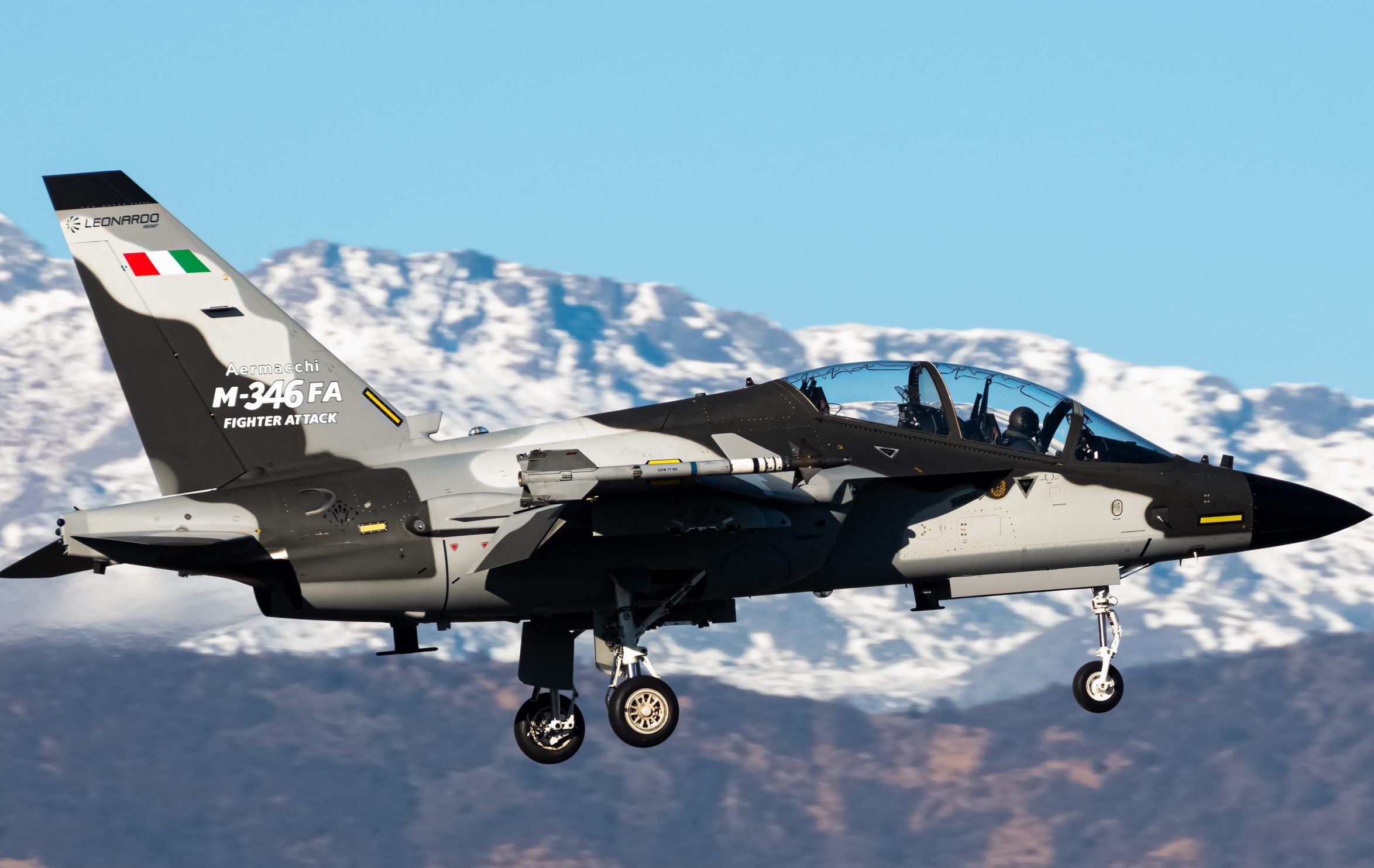 The M-346FA retains all the attributes of the M-346AJT, including the Embedded Tactical Training Simulation (ETTS) suite, allowing the M-346FA to still be used as an Advanced Jet Trainer, Lead-In Fighter Trainer (LIFT), as well as offer a wide spectrum of simulated training functions in flight and the option for integration in the fully validated M-346 Integrated Training System (ITS) with Live, Virtual, Constructive (LVC) capabilities.

The M-346FA fighter features Grifo-M346, a Multi-mode radar developed by Leonardo Electronics, specifically optimized for this fighter with an IFF interrogator, supporting Air-to-Air and Air-to-Ground missions. 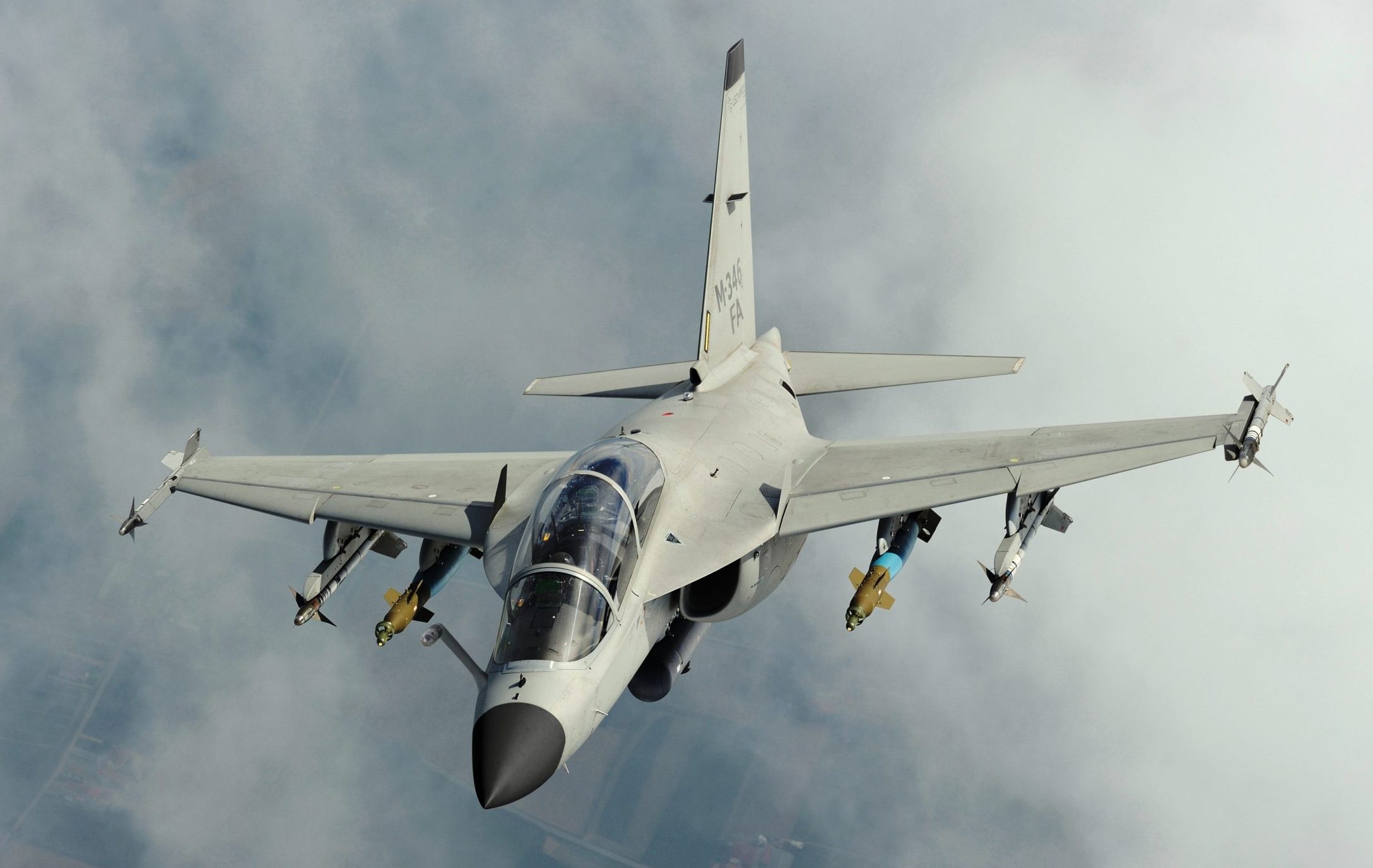 The fighter’s equipment can perform long-range detection and tracking operations in all scenarios (look-up and look-down, any altitude, any aspect) with high-resolution imaging (sub-metric SAR and ISAR).

The M-346FA fighter can perform wide sector scans and track multiple targets and it features HOTAS and HMD designation.

The M-346FA has a tandem-seat configuration well suited for complex air-to-ground missions (back-seater acting as Weapons System Operator or Forward Air Controller – Airborne, FAC-A), with excellent visibility from both seats.

The fighter is equipped with a High-end net-centric communication suite with Secure Comms, Tactical Data Link (TDL) with both NATO and non-NATO, seven external hard-points for an extensive variety of weapons, and external stores including general-purpose, laser and GPS guided weapons, air-to-surface and air-to-air missiles, gun pod, recce, and target designator pod, and an ECM pod.

The fighter features air-to-air refueling capability for long-range/endurance and Time on Station as well as an Embedded Tactical Training System (ETTS) activated as a training alternative to real sensors and weapons.

The M-346FA fighter has a twin-engine configuration, hydraulic and electric redundancy, and a robust digital four-channel Fly-By-Wire Flight Control System with carefree handling ensuring that pilots can focus on mission success.

It also has a High Angle of Attack (AoA) and energy for unmatched maneuverability, high rate of climb, and penetration speed even at low altitudes with external stores.

The fighter is equipped with systems that enable it to perform well with One Engine Inoperative (OEI) for effective Threats Escape/Return to Base, as well as Defensive Aids Sub-System (DASS) including Radar Warning Receiver (RWR), Missile Approach Warning System (MAWS), Chaff & Flare Dispenser (CFD) and a Radar Cross Section reduction kit for low detectability.

It also has carefree handling functionality designed to prevent aircraft departure/loss of control and limit the possibility of overstressing the airframe. 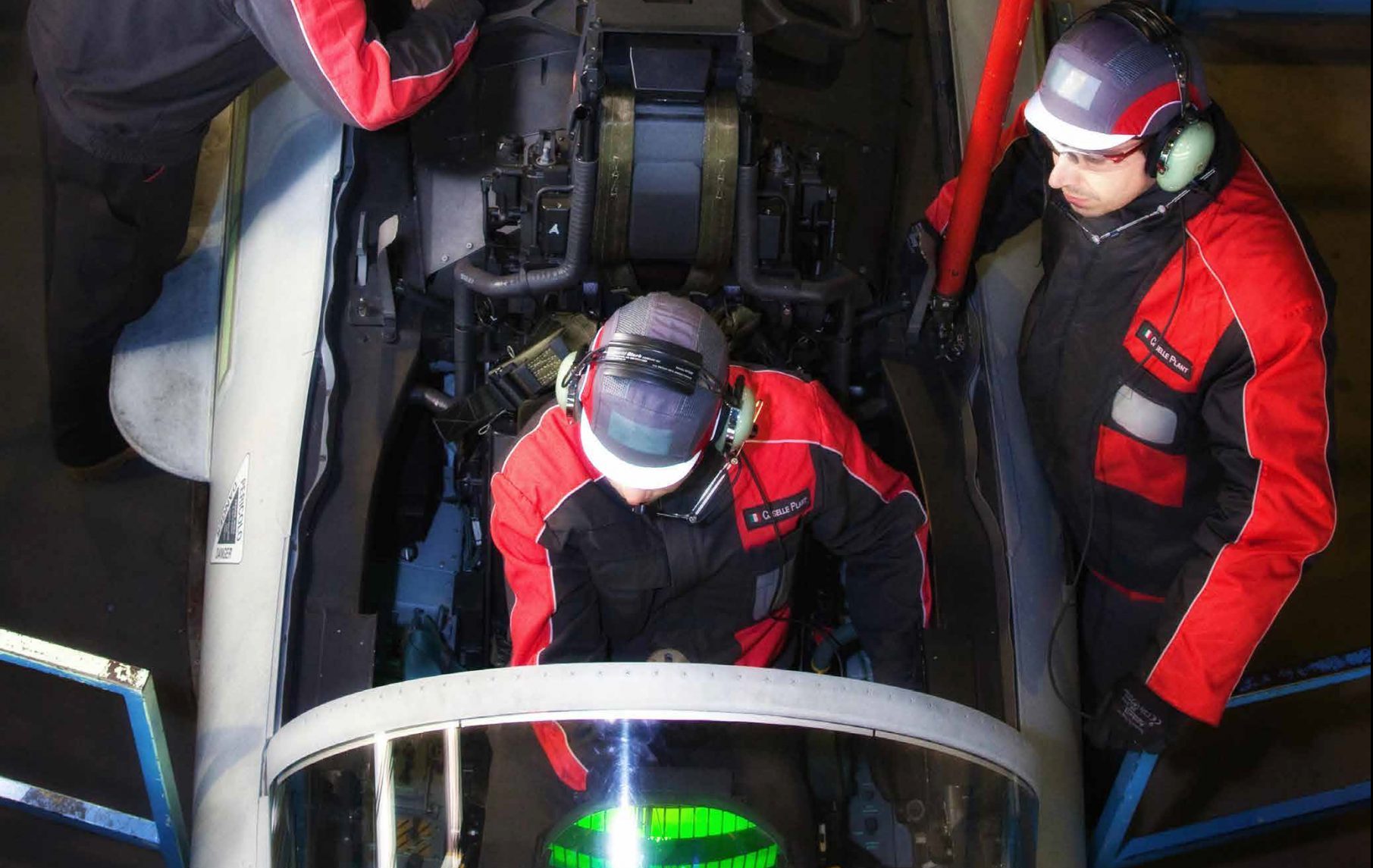 Regarding fuel and energy, the fighter boasts a 2,500 L internal fuel tank, in addition to three external fuel tanks (630 L each), with a single-point pressure refueling system. 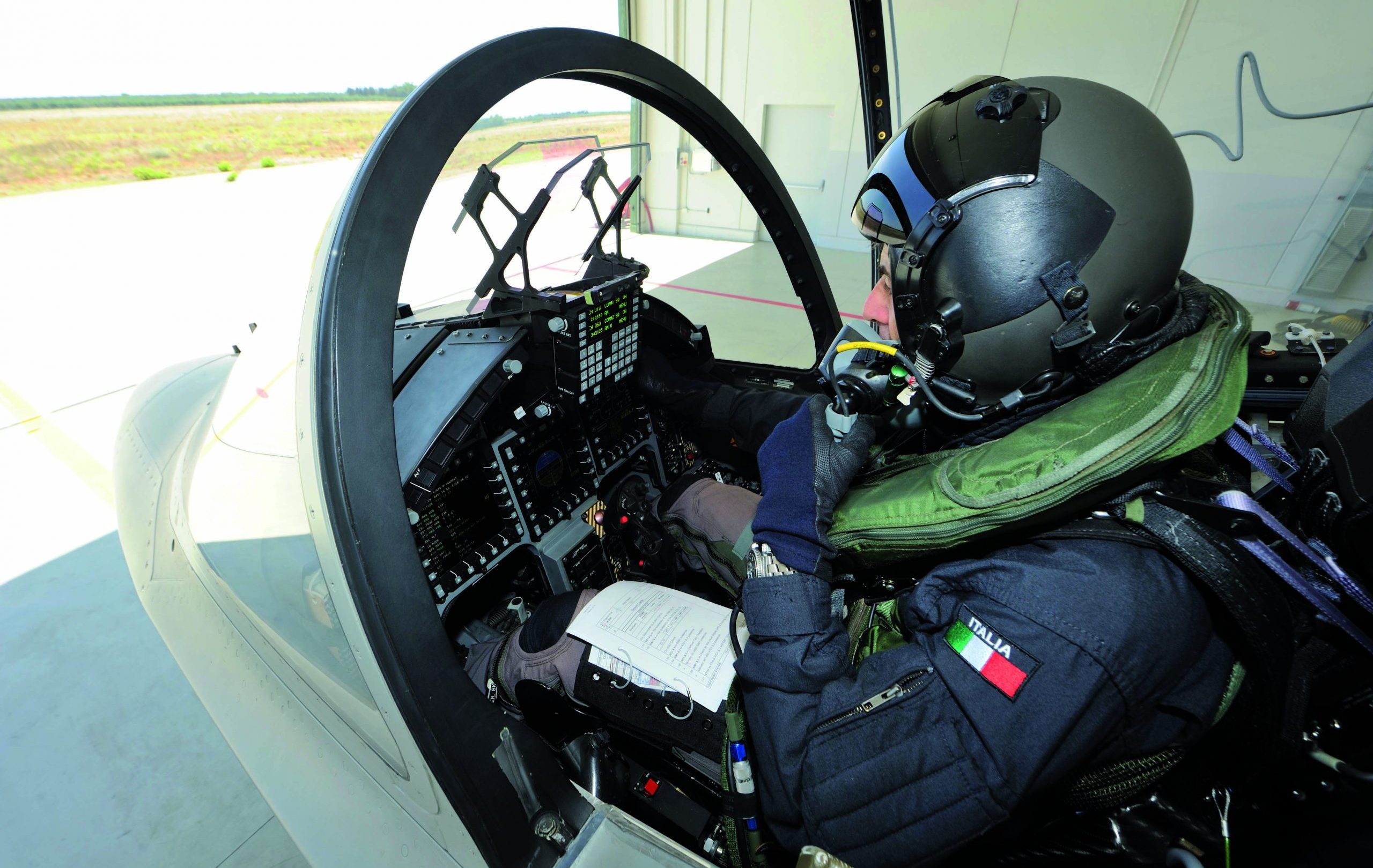 With three external fuel tanks and one In-Flight Refueling, the endurance of this fighter can reach 7 hours for maximum mission persistence and extended operational time, and the fighter can be equipped with Medium Range Air-to-Air Missiles for Beyond Visual Range (BVR) intercepts.

The M-346FA can be employed in medium-low intensity scenarios and it is designed to have different operational capabilities, with a wide range of guided and unguided munitions and other external stores, thanks to five underwing pylons, two rail launchers at the wingtips for air-to-air missiles, external stores interface in accordance with MILSTD-1760, a MIL-STD-1553B armament Bus Control, store management system enabling the fighter to carry a full range of weaponry, including the latest smart weapons.

The M-346 FA fighter features diverse operational capabilities, and regarding air-to-air operations, the aircraft can be employed in air policing, homeland defence, and slow-moving intercept.

When used in air-to-Ground operations, it can be employed for Close Air Support (CAS), counter-insurgency (COIN), Reconnaissance (RECCE), and Battlefield Air Interdiction (BAI). 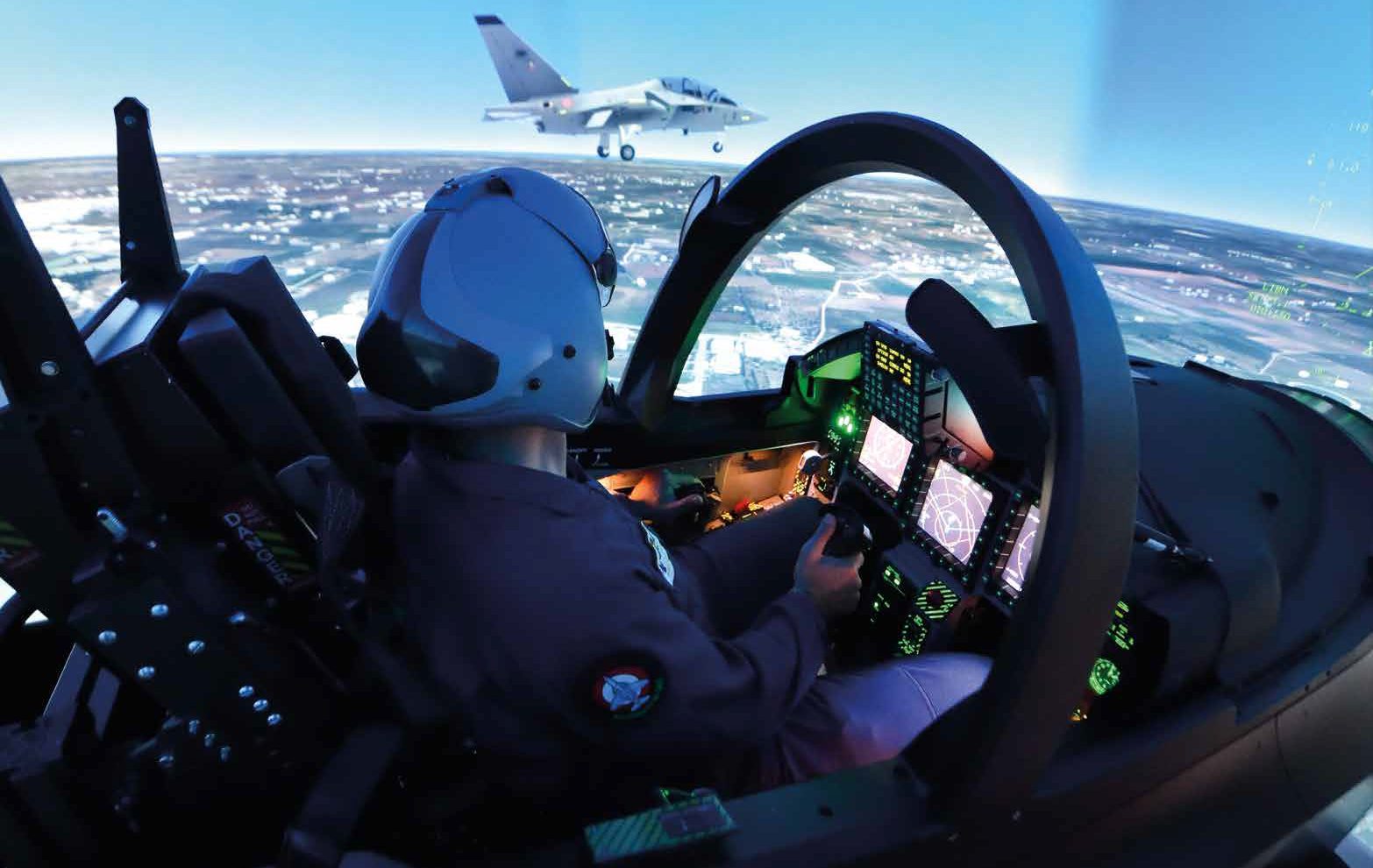 The M-346 FA fighter maintenance concept is based on two levels (Organizational and Intermediate) for aircraft, equipment, and systems, and does not require Structural depot level maintenance, as it features a Health & Usage Monitoring System (HUMS) and a Structural-Health & Usage Monitoring System (S-HUMS) that enable monitoring and data collection of on-board equipment and airframe. 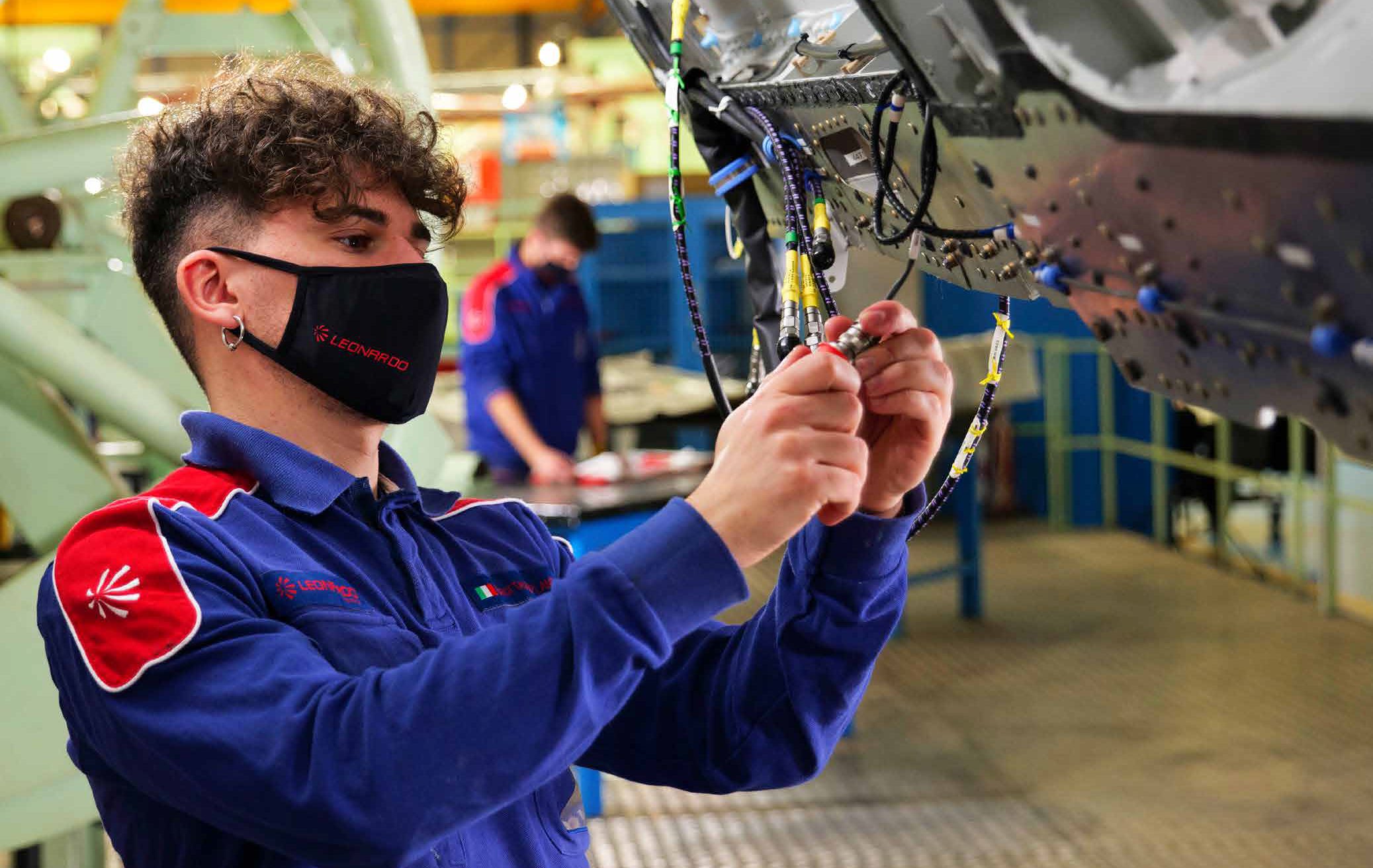 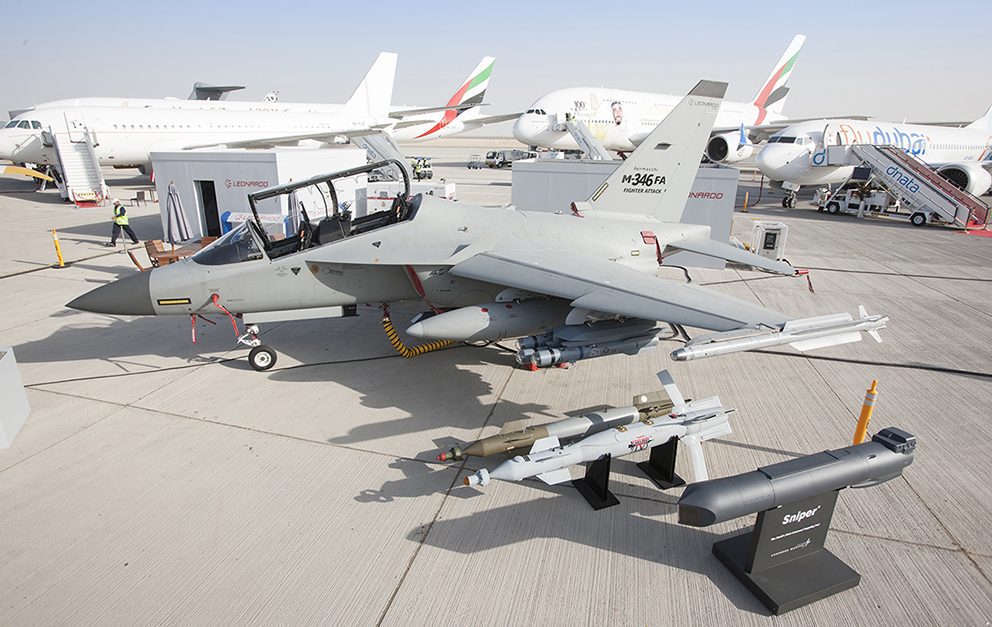 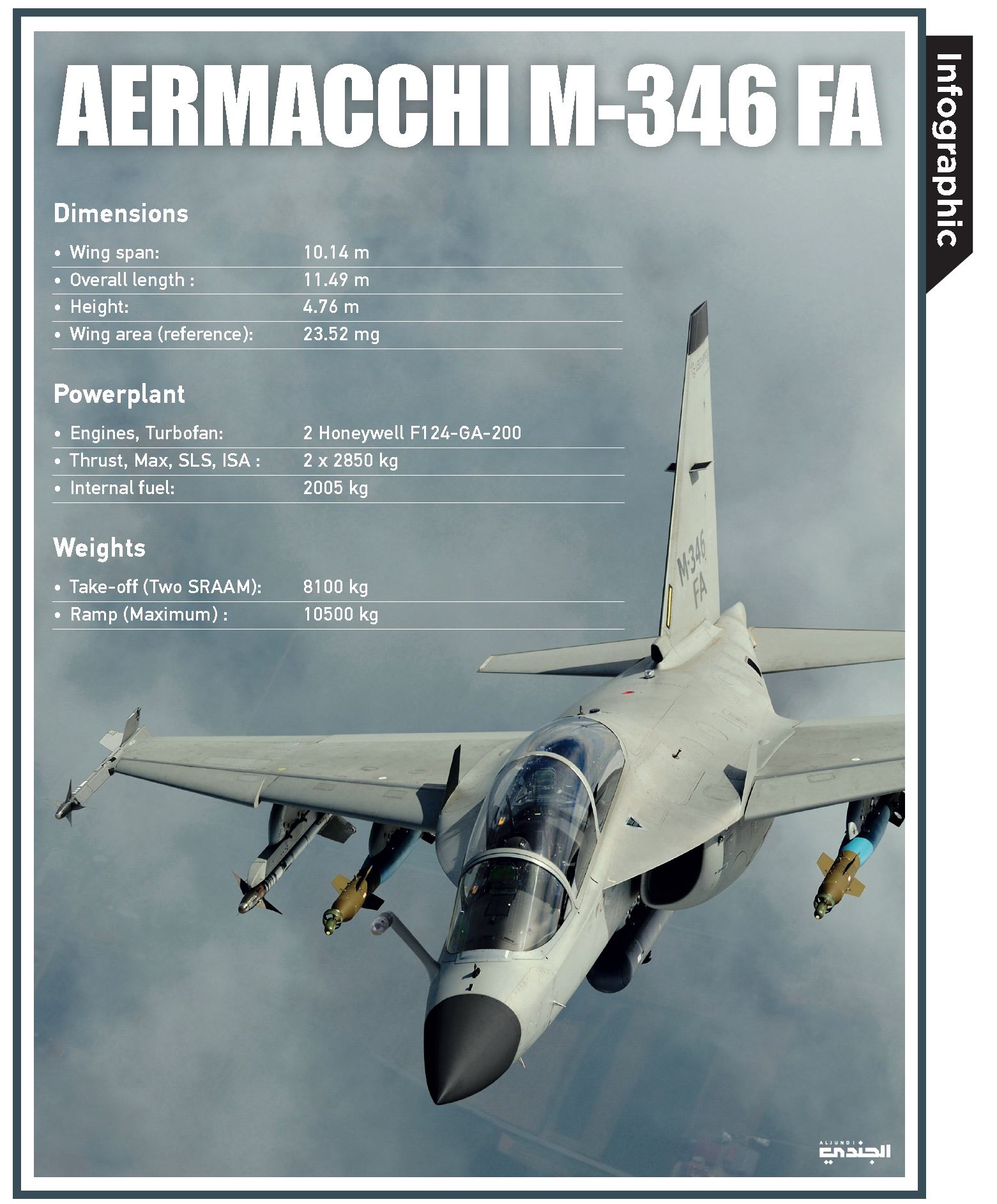 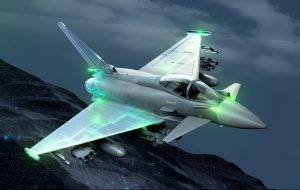 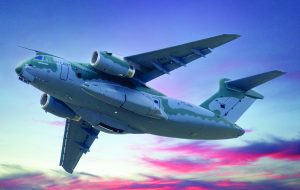 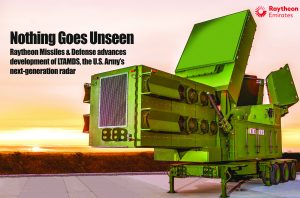