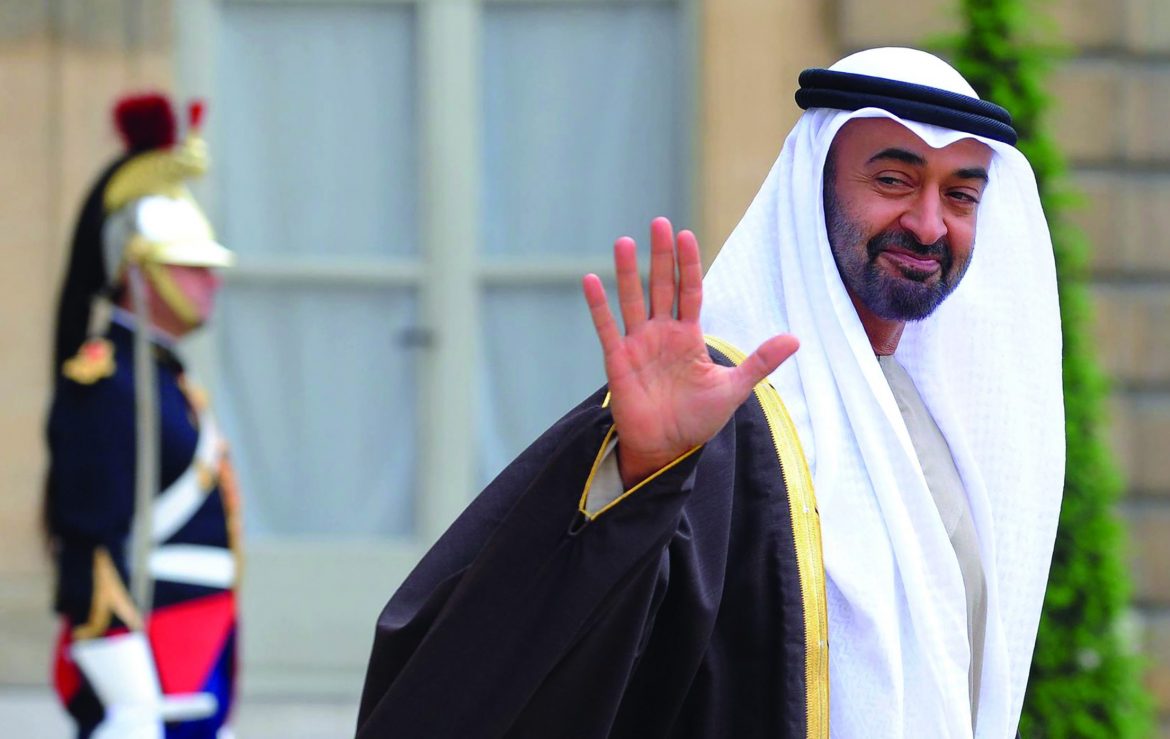 In the poll conducted by Russia Today in Arabic (RT) about the most influential Arab leader in 2019 and the publishing of its results at the beginning of January 2020, His Highness Sheikh Mohamed bin Zayed Al Nahyan, Crown Prince of Abu Dhabi and Deputy Supreme Commander of the Armed Forces, came in first place with 68 percent. A few days later, the American newspaper “New York Times” published a report about his Highness, in which it said that he is the most powerful figure in the Middle East region, and in April 2019 the American “Time” magazine chose him among the 100 most influential people in the world for the year 2019, along with US President Donald Trump, And the Chinese Xi Jinping, the President of South Africa Sriramafuz, the Pakistani Prime Minister Imran Khan, and the Ethiopian Prime Minister Abiy Ahmed.

These are only a few examples of international testimonies about the personality of His Highness Sheikh Mohammed bin Zayed and his positive impact in his homeland and his regional and global surroundings, which made world leaders eager to listen to his Highness and learn about his views on issues, files and crises in the Middle East and the world.

This deserved global appreciation for His Highness Sheikh Mohammed bin Zayed, did not come from a vacuum, but rather from internal and external positions, policies, visions, and personal traits, which combined to make his Highness an exceptional personality in the eyes of the world, and a leader in whom all the attributes of unique leadership are combined.

On the level of personal characteristics, His Highness Sheikh Mohammed bin Zayed is characterized by humility mixed with firmness, decisiveness, prestige and charisma at the same time, which is expressed by one of the writers saying that His highness “is not only a brilliant leader with iron will and charisma that cannot be mistaken by the eye just by looking at his Highness, but he is also a human being in every sense of the word … compassionate with the young and treat them well, compassionate with the weak, provides aid to the needy, combines humility and prestige, and is always keen to be close to the citizens, but among them as if he is one of them who shares their joys and sorrows.

On the level of development visions, His Highness Sheikh Mohammed bin Zayed believes that education is the basis for development, excellence and ability to compete in the field of global competition, and the true source of wealth, and perhaps His speech at the World Government Summit in Dubai in 2015 was clearly expressing this vision Where he said: “Our real bet in the coming period is to invest in education … We are living in a prosperous period, so we must invest all our capabilities in education because there will come a time after fifty years when we carry the last barrel of oil for export, and the question will come: “Will we be sad at that time?”. Then he said “If the investment today in our human resources is correct, I bet we will celebrate that moment”.

His Highness believes that future foresight is not a luxury, but rather a necessity to maintain sustainable development, and that whoever waits for the future until it comes, he sentences himself to fail in catching up with the human progress, and for this His Highness is always keen to call for preparation for this future by owning its tools and knowledge, especially by the youth. This is evident through the “Mohammed bin Zayed Council for Future Generations”, which is held periodically with the aim of illuminating aspects of the future for Emirati youth.

His Highness Sheikh Mohammed bin Zayed believes that “development needs a force that protects it and fortifies its gains,” and that “societies that do not have the ability to defend themselves and the will to sacrifice to maintain their interests and sovereignty are fragile societies that cannot live with dignity in an era full of dangers, ambitions and threats”.

From this standpoint, His Highness expresses great interest in developing the UAE Armed Forces and supporting their capabilities to be a protective bulwark for development gains, as they are seen as the backbone of safeguarding the achievements of the UAE, and protecting its security and stability. His Highness’s vision regarding developing and strengthening the capabilities of the armed forces is based on many foundations, the most important of which are: Giving great importance to the citizen human element as the mainstay of any modern armed forces and the source of their superiority, supplying the armed forces with the latest weapons, building a sophisticated local arms industry, and expanding the establishment of colleges, institutes and military schools to strengthen the scientific aspects of the armed forces, training according to the latest modern systems at the international level, and participating in military maneuvers with brotherly and friendly countries in order to allow members of the armed forces to have contact with military expertise from different countries, and to expand the human base in the armed forces through the national service system.

His Highness believes that coexistence, tolerance, and moderation are sufficient to achieve peace and stability in the world, and therefore he works hard to spread tolerance at the global level, and set an example in believing in it in word and deed. Therefore, we saw His Highness ordering, in July 2017, changing the name of the Mohammed bin Zayed Mosque in Al-Mushrif district in Abu Dhabi to: Maryam Umm Issa Mosque, and through that he sends a practical global message of tolerance and love.

After this brief presentation, it can be said that the above was an attempt to highlight some aspects of the distinction and uniqueness of the leadership personality of His Highness Sheikh Mohammed bin Zayed Al Nahyan, because encompassing all aspects of His Highness’s personality needs thousands of papers, and no report, book, or even a volume can be sufficient to fulfill its right of research and analysis.