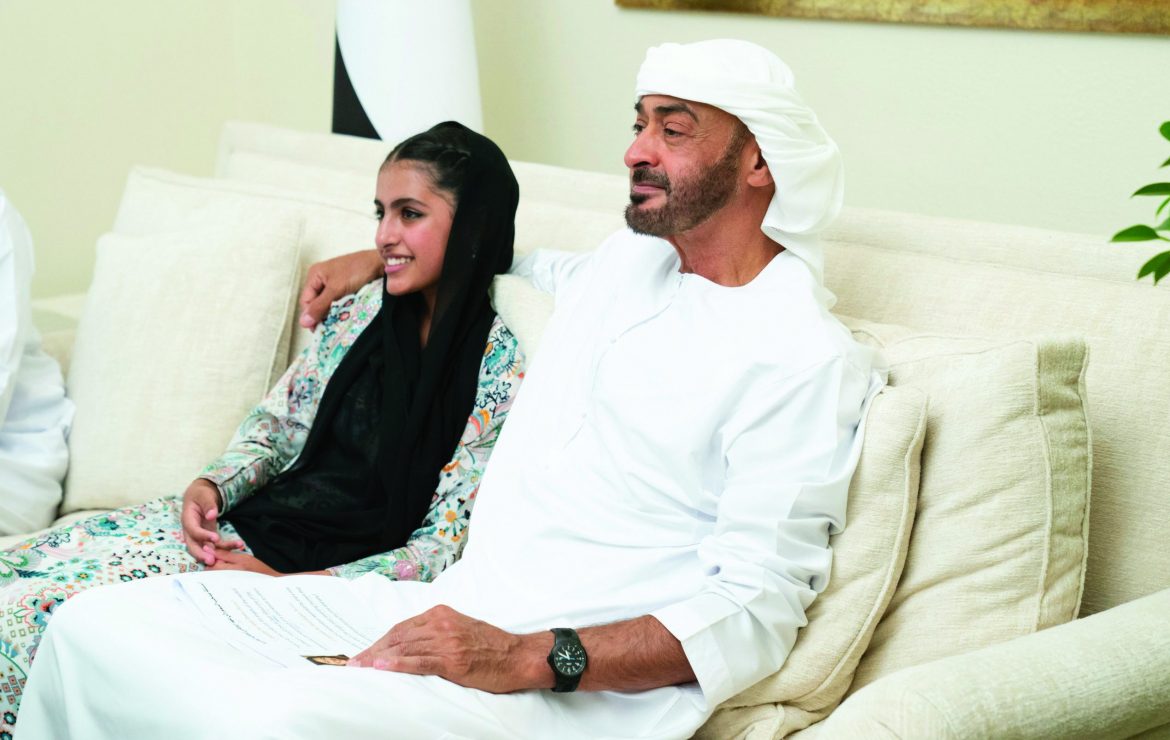 ABU DHABI, 13th May 2020 (WAM) – His Highness Sheikh Mohamed bin Zayed, Crown Prince of Abu Dhabi and Deputy Supreme Commander of the UAE Armed Forces, expressed his gratitude to everyone working in the healthcare sector, describing them as the “source of the UAE’s honorable pride”, working relentlessly for the protection and safety of the communities living in this country.

Recognising the challenges of the voluntary lockdowns observed across the world, His Highness praised the UAE’s response to the pandemic, and the central role of science, healthcare and the UAE’s frontliners in preparing for and prevailing in this unprecedented global challenge. Commenting on the novelty of this global pandemic, His Highness said: “The world, for the first time in the history of mankind, is united against one common enemy. We need to be patient – we are all saddened by the closure of worship places, and the lockdown that inhibits us from seeing our family, friends and loved ones, but patience is key for us to overcome this challenge.”

Highlighting the top10 global ranking of UAE leadership’s response to the pandemic, he said: “Everything we worked on in the past years has proven its significance today. We have prepared extensively through contingency plans for this novel challenge, and today we reap the results of this preparedness.”

Epidemiology has played a significant role in allowing the UAE government to make data-driven decisions, tracking daily changes in the numbers and distribution of infections in the country. This was reinforced by Dr Tom Loney, Associate Professor of Public Health and Epidemiology at Mohammed Bin Rashid University of Medicine and Health Sciences, who explained that the da-ta produced by the UAE COVID-19 taskforce has enabled the government to make timely precautionary measures that include transitioning to online education, implementing work from home protocols, upscaling testing capabilities and shielding vulnerable populations, in addition to nationwide disinfection campaigns.

Commenting on the UAE’s approach to minimising the spread of the virus, Dr Loney said: “The UAE has invested significant resources into maximising daily testing capacity and is ranked among the top countries in the world for testing.” The UAE government’s decision to focus on mass testing very early has provided the COVID-19 taskforce with the data required to model the outbreak and predict healthcare capacity.

The UAE has adopted the comprehensive ‘Test, Trace and Treat’ approach. This involves wide-scale and systematic testing of the UAE population, followed by rigorous and exhaustive tracing to identify and isolate all that were infected with the virus. Technology has supported the efforts of the epidemiologists, including the development of phone and web-based apps to facilitate the approach.

Adopting scientific methodology to provide a framework for decision making has supported the UAE’s COVID-19 taskforce in combatting the spread of the virus. Commenting on the importance of a science-based approach, Professor Alawi Alsheikh Ali, spokesman for the country’s advanced sciences sector, said: “Since the beginning of the crisis, the leadership in the UAE has realised the central role of science and scientific evidence, and established scientific committees to combat the COVID-19 pandemic.”

Alsheikh Ali examined the role of universities in the UAE and their cooperation with the health sector in the country to launch several studies to understand the nature of the virus and its pat-tern of transmission. The studies include the successful recording of the complete genetic sequence of the virus, as well as identifying genetic changes in these samples and comparing them with genetic modifications in viral samples from other countries. The pandemic has also seen collaboration between universities and factories in the country to manufacture personal protective equipment using 3D printing technology, as well as developing prototypes of artificial respirators to prepare for their manufacture locally.

The episode was aired live on Emarat TV and Dubai TV on Wednesday and will be replayed on Monday. All episodes are available to view on YouTube.