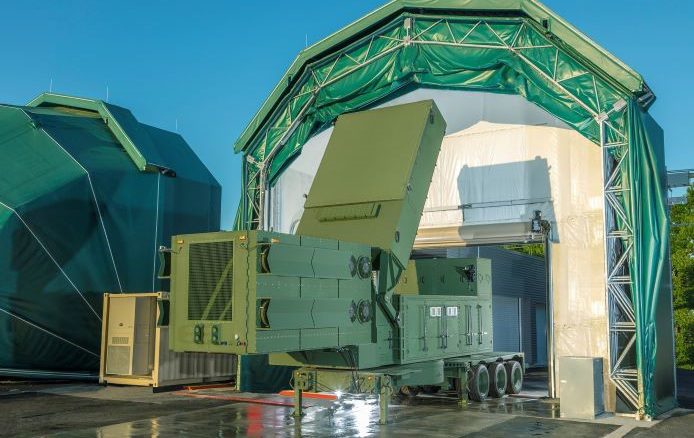 Raytheon Missiles & Defense, a Raytheon Technologies business, unveils its new name for a family of advanced air and missile defense radars: a series of radars with enhanced sensor performance and reliability—improving defense capability against the proliferation and evolution of the advanced threats of today and tomorrow.

A family of radars this revolutionary deserves a name. Radars that turn power and performance into a decisive advantage. A guardian, a defender, a radar charged with scanning the skies for otherwise unseen threats – at greater distances, at higher velocities, and from any direction.

Raytheon calls it GhostEye™. And it starts with the Lower Tier Air and Missile Defense Radar.

The radar that Raytheon Missiles & Defense is building for the U.S. Army is known as the Lower Tier Air and Missile Defense Sensor (LTAMDS). Now, as the first in a family of radars, Raytheon is calling it GhostEye, and producing it for the U.S. Army’s LTAMDS program.

The second in the family, and leveraging the advancements of the U.S. Army’s LTAMDS, Raytheon Missiles & Defense has separately, yet concurrently, developed GhostEye MR, a medium-range radar that maximizes the capabilities of the National Advanced Surface-to-Air Missile System, or NASAMS. GhostEye MR was unveiled at the Association of the U.S. Army’s 2021 annual meeting and exhibition in October.

Video Caption – GhostEye, Raytheon’s new name for the Lower Tier Air and Missile Defense Sensor (LTAMDS), the first in a family of radars, designed to defeat advanced and next-generation threats.

So, Raytheon’s new name, GhostEye, establishes the identity of a family of sensors, all-seeing radars, powered by Gallium Nitride, and able to detect otherwise unseen threats at greater distances, at higher velocities, and from any direction. And it starts with Raytheon’s new name for the radar the company is building for the U.S. Army’s Lower Tier Air and Missile Defense Sensor program.

And, while Raytheon’s name for LTAMDS has changed, the radar’s exceptional technology continues. When the first Lower Tier Air and Missile Defense Sensors are delivered to the Army in 2022, they will be the latest generation air and missile defense radar, providing exceptional capability against proliferating and increasingly stressful threats, such as hypersonic missiles.

Just as these threats are advanced, so too is GhostEye.

Detection from every angle

These radars provide 360-degree coverage and use active electronically scanned array, or AESA, and gallium nitride, or GaN. While GaN circuit material is used commercially in everything from LED lightbulbs to smartphones, Raytheon Missiles & Defense has a foundry in Massachusetts that produces GaN for military hardware.

The company has made significant investments over the past two decades in GaN as well as AESA technology and advanced manufacturing. GaN strengthens the radar signal and enhances its sensitivity for longer range, higher resolution and increased capacity.

Raytheon’s GhostEye first came into focus when the U.S. Army put out a call for a new, advanced radar. In the summer of 2019, Raytheon Missiles & Defense produced the LTAMDS for the Army’s “Sense Off” competition where testing at the White Sands Missile Range in New Mexico included realistic scenarios against real targets and simulated threats.

The company’s innovative design exceeded requirements and was selected for the government contract in October that same year. Less than five months after contract award, it had built the first radar antenna array and completed indoor testing of the first partially populated LTAMDS radar antenna. Within that first year, the radar was sensing.

“The Army set a rigorous and necessary schedule,” said Bill Patterson, program director for GhostEye. He added that “the timeline…is imperative because the threat is evolving and proliferating at a blistering pace. The Army asked for an advanced radar, and we’re showing them that the radar is on track and on time.”

Since contract award in October 2019, Raytheon’s GhostEye continues to advance through development, achieving all key milestones. The first radars are planned to be operational in the fourth quarter of 2022. That’s six operational radars in just three years from contract award.

A pivotal part of the defense sensor’s development process has been incorporating the input of personnel who will ultimately operate the radar. To that end, Raytheon Missiles & Defense has been hosting Soldier Touchpoints — meetings at the company’s facilities and the test site where soldiers see and touch the radar, share feedback with its designers and engineers, and discuss design, development and features to ensure the system meets user expectations. There have been four such government-industry working groups since the first in September 2020. 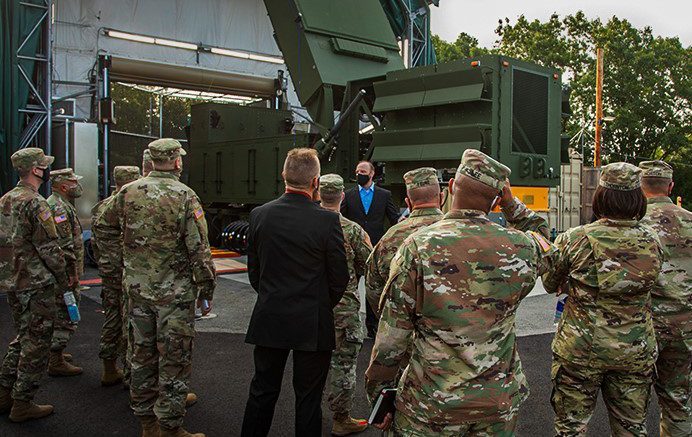 User involvement has been critical in the development of Raytheon’s GhostEye. In Soldier Touchpoints, members of the U.S. Army embed in the radar’s technical and production teams.

“Soldier Touchpoint events provide Raytheon Missiles & Defense with an unprecedented opportunity for user involvement,” said Justin Weissert, the company’s P3I sustainment technical lead. The meetings have not only given Army teams a chance to see the LTAMDS — now as Raytheon calls it, GhostEye —radar up close, but they’ve also empowered the soldiers to inform improvements.

“Providing the warfighter’s early input during the design phase of the system has given us an unparalleled ability to deliver the right capability, at the right time, to the U.S. Army,” said Eric Maule, an associate director in U.S. Requirements and Capabilities for the company. And the Army is clearly invested in its success. At one Touchpoint in late 2020, it sent a team that included personnel from the Air and Missile Defense test detachment, Army Capability management, Army Futures Command, and the Program Executive Office Missiles and Space.

“This team was eager to roll up their sleeves and help clarify user concepts of operations and employment requirements,” Maule said. The mere sight of the radar kick-started discussions on a range of topics, including tactical deployment, equipment readiness and emplacement in addition to the replacement and removal of parts. If challenges arose, the U.S. Army members embedded in the technical and production teams were actively engaged along the way.

This teamwork highlights a key factor in the radar’s success. “Raytheon Missiles & Defense thinks in collective terms, as in ‘we are in it together’ and ‘we’re doing it with the Army,” the company’s U.S. Requirements and Capabilities Director, Bob Kelley said. “It is a complete collaboration…hitting all the marks.” 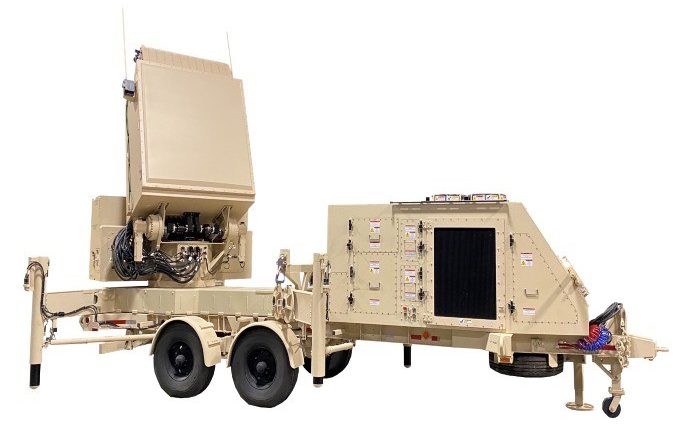 GhostEye MR, a medium-range radar that maximizes the capabilities of the National Advanced Surface-to-Air Missile System, or NASAMS. Raytheon is leveraging the technology baseline and common manufacturing processes of Raytheon’s GhostEye, the Lower Tier Air and Missile Defense Sensor (LTAMDS) for the U.S. Army. 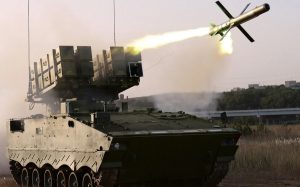 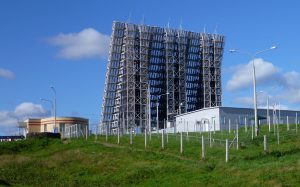 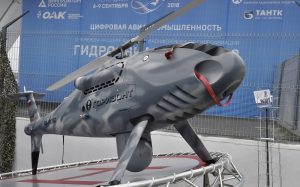 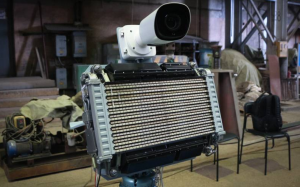 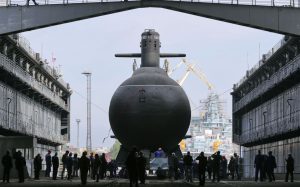 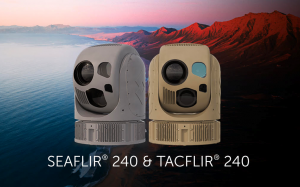