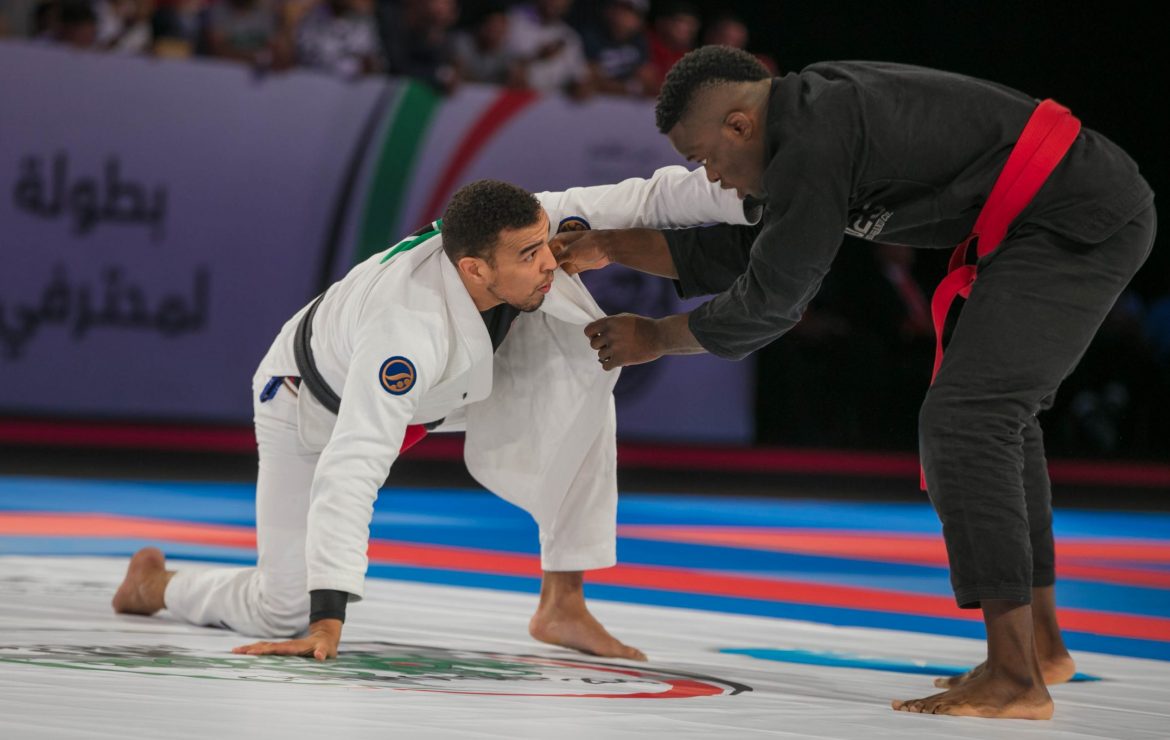 Abu Dhabi, UAE – June 17, 2020: In addition to developing physical strength, jiu-jitsu is a sport that pushes a fighter to consolidate their mental strength, often ensuring that a mentally strong athlete has that extra inch during a tight bout to get across the line. With jiu-jitsu in the UAE steadily growing in stature and popularity, mental strengthening of fighters has come in for increased attention from coaches and fighters.

Four-time world champion and one of the UAE’s most celebrated jiu-jitsu fighters, Faisal Al Ketbi, says that mental conditioning is the key to consistently succeeding at the highest level. “At tournaments like the Abu Dhabi World Professional Jiu-Jitsu Championship and the World Championship, you will face fighters from across the world, who adopt diverse strategies, and present challenges that haven’t been encountered before. Mental strength plays a key part in ensuring that a fighter stays focused on the mat, has the ability to analyze all possible options, and then make the best choice” he says.

Al Ketbi says that though physical prowess and technical proficiency are key ingredients for a successful fighter, the benefits of being mentally prepared help in becoming a more fearsome proposition on the mat. “Mental strength is not just about how you react when you are on the mat but how you approach tournaments, analyze your strength and weaknesses, assess your shortcomings, and accept that certain areas of your game need improvement. Travelling, competing, and succeeding at tournaments around the world require you to be focused and calm, ignore the unfamiliarity of your surroundings, soak up the pressure, and still give your best on the mat. A fighter who has invested in mental conditioning will be in much better shape than the one who has solely concentrated on building up physical and technical skills.”

Blue belt holder and 2019 Abu Dhabi World Professional Jiu-Jitsu Championship silver medallist in the 70 kg category, Noor Al Harmoodi, says that visualization is an important technique that fighters need to internalize and practice right from the time they begin their jiu-jitsu journeys. “I have noticed is that the night before a big competition, I try and visualize myself not just winning my first bout but going all the way and clinching the gold medal. It is something that always motivates me and gives me a goal to work towards every time I step on to the mat. Your mindset can really make a big difference and if you step on to the mat having visualized the prize at the end of the journey, you end up pushing yourself in those 50-50 moments that ultimately make the difference.”

Ramon Lemos, head coach of the UAE jiu-jitsu national team, says that substantial parts of training camps are now dedicated towards helping fighters adopt the correct mindset and in practicing techniques that build mental strength. “Once you are on the mat, it is all about how switched on you are – are you picking up cues from how your opponent is moving, are you able to cycle through and ultimately pick the right technique when your opponent is putting you under pressure, and how aware you are of your own strengths on the mat. Training your mind can seem complicated but it is a matter of working hard in training sessions, allowing your coaches to challenge you, put you in difficult positions, and then methodically working towards reversing those positions. Mental conditioning isn’t a quick process, it will take a fighter years to build up the maturity and calmness, but its benefits are immense.” 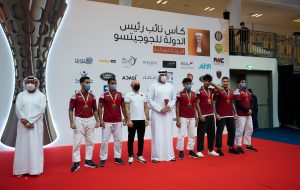