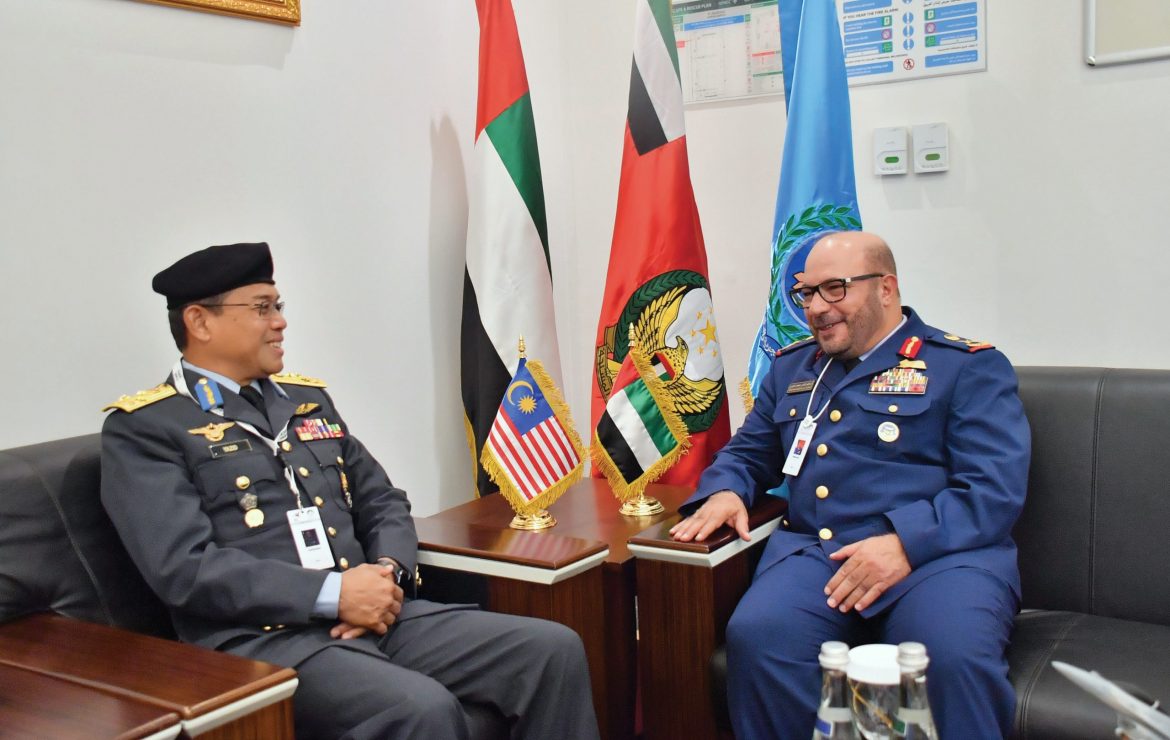 His Excellency Major General Staff Pilot Ibrahim Nasser Muhammad Al-Alawi, Commander of the Air Force and Air Defence, received in his office at UMEX and SimTEX 2020 exhibitions, on February 23, both, but separately, M.J. Sung Yoon Ho, Deputy Minister of Defence for the acquisition in South Korea, and Major General Masahito Joto, Deputy Director of the Air Projects Administration / Acquisition agency ATLA, Brigadier General Pilot Zaid Ali Al-Naqrash, Commander of the Air Force of the Hashemite Kingdom of Jordan, and His Excellency Golfchenko Roman, Minister of State for Military Industries of Belarus.

His Excellency discussed with them the friendship relations and aspects of cooperation existing between the United Arab Emirates and their countries and aspects of activating and developing them in a way that serves common interest.

During the meetings, aspects of bilateral cooperation and ways to support and develop them were discussed, in addition to discussing a number of issues of common interest.

The guests praised the high level of organization of UMEX 2020 and what it provides as an ideal platform to display the latest global and scientific innovations in the field of unmanned systems for a leading global group of international, regional and local companies.