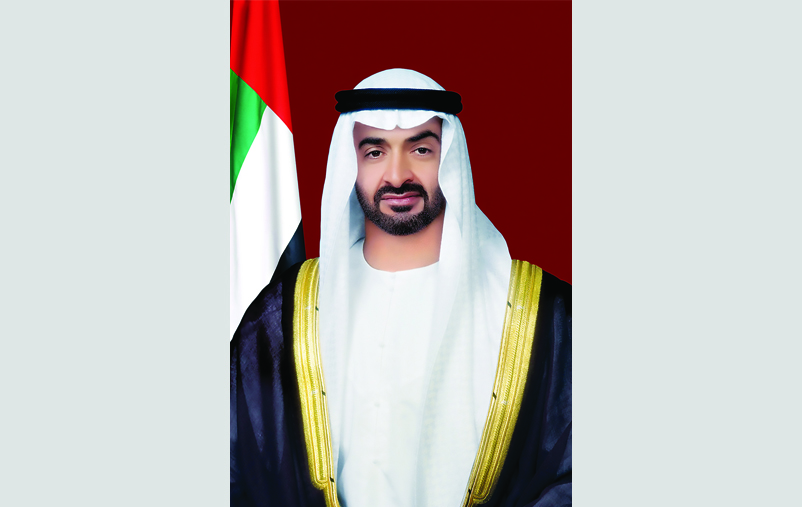 Unification of Armed Forces is crucial, decisive decision in history of our nation: Mohamed bin Zayed

His Highness Sheikh Mohamed bin Zayed Al Nahyan, Crown Prince of Abu Dhabi and Deputy Supreme Commander of the UAE Armed Forces, has affirmed that the decision to unify the UAE Armed Forces on 6th May, 1976, was one of the crucial and decisive decisions in the history of the country.

The decision to unify the Armed Forces reflected the wisdom of the late Sheikh Zayed bin Sultan Al Nahyan, and his brothers the founding leaders, their deep awareness, farsightedness, and their belief in unity as a path towards progress and pride for the nation.

This came in Sheikh Mohamed’s speech on the occasion of the 45th anniversary of the Unification of the Armed Forces, below is the full text: My sons, officers, non-commissioned officers and soldiers … children of the valiant Armed Forces, The unification of our Armed Forces on 6th May, 1976, is the most important and influential national event in our modern history, after the decision to establish the Union on 2nd December, 1971. On this glorious day, our union set out towards the future, and its pillars were strengthened by one of the most important elements of its strength, success and prevention, which is the unity of its armed forces. It sent a clear message to the whole world that the UAE is well-established, based on solid foundations, and capable of facing challenges under one banner and with a single national spirit.

We are fully confident that, during the next five decades, our Armed Forces will be a symbol of heroism, courage and sacrifice without limits, and will be up to the national responsibility entrusted to them, because what governs their work is their love for the nation and their willingness to defend it at any cost.

My sons, officers, non-commissioned officers, soldiers, and children of the valiant Armed Forces, On this day, we proudly recall the major national roles that our Armed Forces have played over the past five decades and through the various stages that our dear nation has gone through. They have and still are preserving the national security, defending development gains, preserving our sovereignty and our capabilities. They have also supported other nations and stood by them in times of crises, adversity and tribulations, and strengthened the pillars of the Arab national security system in facing the dangers that threaten it.

Our Armed Forces have supported regional and global peace and stability through participation in peace-keeping operations around the world, combating terrorism and actively engaging in international efforts to address the dangers of terrorist groups, foremost of which are “Al Qaeda” and “Daesh”, in addition to the great sacrifices of its affiliates, their love for their country, and their responsibilities with sincerity and devotion in all the tasks entrusted to them, whether at home or abroad.

On this dear national occasion, I must commend the active role of Emirati women in our Armed Forces and their influential presence within their ranks for many years, and their ability to prove themselves within one of the most important areas of national work, which is the military field, embodying their outstanding participation in the development system.

My sons, officers, non-commissioned officers, soldiers, and children of the valiant Armed Forces, The UAE’s organisation of the international defence exhibitions “IDEX” and “NAVDEX” – despite the COVID-19 pandemic circumstances in February 2021 – and the large global participation in them is evidence of the world’s confidence in the UAE and in our Armed Forces and their role in serving peace, security and stability on the regional and international arenas.

Over the past years, the UAE defence industries became one of the most important tributaries of the national economy based on knowledge, capable of establishing fruitful partnerships with the largest defence industry companies in the world.

The development of a modern national defence industry remains one of the main mechanism to strengthen and support our Armed Forces during the coming years.

My sons, officers, non-commissioned officers, soldiers, and children of the valiant Armed Forces, The development and modernisation of our Armed Forces have been a fundamental priority within our national priorities system, since the unification of the Armed Forces in 1976, and will remain so in the coming decades, to provide everything that would continuously improve the efficiency of human resources.

Our courageous Armed Forces have become a symbol of strength, and one of the modern armies with qualitative capabilities that can carry out national tasks efficiently and professionally, at home and abroad, thanks to the great support they have received since the late Sheikh Zayed bin Sultan Al Nahyan, followed by President His Highness Sheikh Khalifa bin Zayed Al Nahyan, out of the belief that strong and capable Armed Forces are a guarantee of security, stability and development in a world full of dangers at all levels.

My sons, officers, non-commissioned officers, soldiers, and children of the valiant Armed Forces, We will remain indebted to those great leaders who laid the foundation for our renaissance and left us with a strong home with its people and Armed Forces.

May Allah have mercy on our Founding Father, the late Sheikh Zayed bin Sultan and his brothers, praying to Allah Almighty to rest their souls in Paradise, and grant us strength and determination to continue their march.

My sons, officers, non-commissioned officers, soldiers, and children of the valiant Armed Forces, On this glorious day in the history of the nation, I would like to congratulate President His Highness Sheikh Khalifa bin Zayed Al Nahyan; His Highness Sheikh Mohammed bin Rashid Al Maktoum, Vice President, Prime Minister and Ruler of Dubai; and their brothers, Their Highnesses, Members of the Supreme Council and Rulers of the Emirates; and to all the sons of our valiant Armed Forces, and people of the UAE. 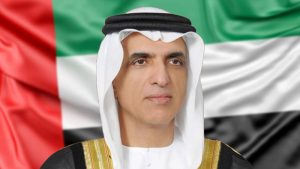 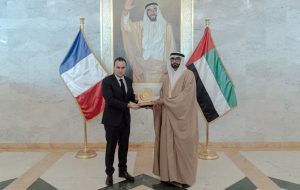 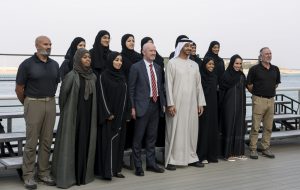 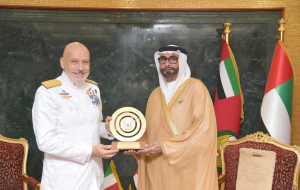 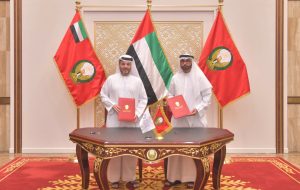 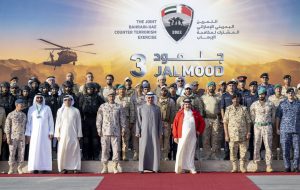