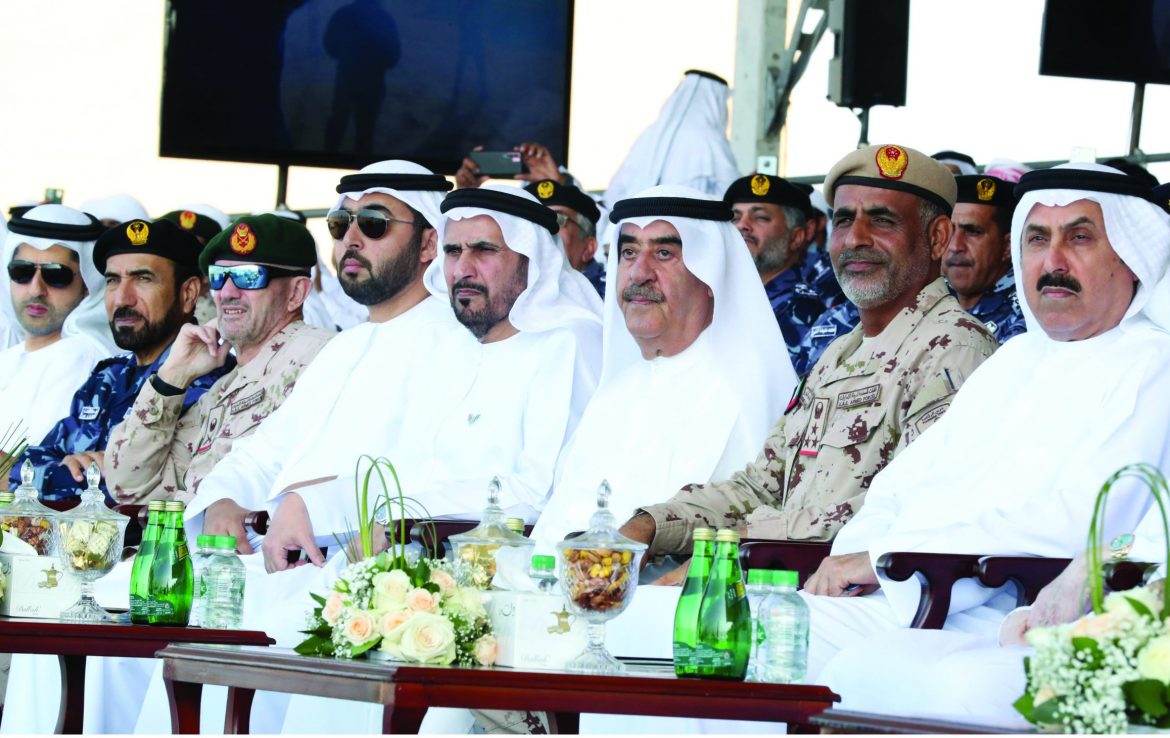 UMM AL QAIWAIN, 21st February, 2020 — H.H. Sheikh Saud bin Rashid Al Mu’alla, Supreme Council Member and Ruler of Umm Al Qaiwain, said that the UAE armed forces have been receiving special attention since inception at the hands of the Founding Father Sheikh Zayed bin Sultan Al Nahyan, and their unification as a single body is considered a historic event and a significant milestone in the military of the United Arab Emirates.

H.H. Sheikh Saud’s remarks came as he attended on Friday the military parade ‘Union Fortress 7″, the organisation of which aligns with the vision of the UAE leadership to show the key role played by the armed forces in defending the country’s borders and protecting the people and their interests from foreign and internal threats, in cooperation with other ministries and government institutions.

“Under the leadership of President His Highness Sheikh Khalifa bin Zayed Al Nahyan, the Supreme Commander of the UAE Armed Forces, our armed forces enjoy a special status in terms of state-of-the-art technology, training, quality of armament, and development of their capabilities, with the ultimate goal of protecting our homeland and its gains and ensuring its security and stability,” he added.

Union Fortress 7 is implemented by main units of ground and air forces, in addition to the Presidential Guard. The aim of this show is to demonstrate the remarkable military power, as well as the ability to carry out missions with outstanding agility and high efficiency, and to perform a wide range of military operations to defend the homeland and protect its security, in close cooperation with other security services.

In its 7th edition, Union Fortress focuses on reflecting the advanced capabilities of our valiant armed forces and the courage, dedication, skills and field experience of the soldiers, in addition to the force’s modern equipment and technologies. These factors enable the forces to form the cornerstone of our homeland’s protection, security and stability, facing the challenges witnessed by the region and the world.

The Union Fortress event is an initiative by the UAE Armed Forces to demonstrate and highlight the role of the UAE’s highly trained armed forces in safeguarding and securing the nation and its people.

The 7th edition of Union Fortress event is the biggest-ever public demonstration of the UAE Armed Forces.

This joint-military exercise showcases the expertise of the armed forces, their readiness, spirit and thorough professionalism in a number of different live-action battle scenarios, including air-borne hostage rescue. An important aspect of this exercise is to portray the coordination and collaboration that the armed forces employ while dealing with security threats.